Polish President visits Romania on May 10 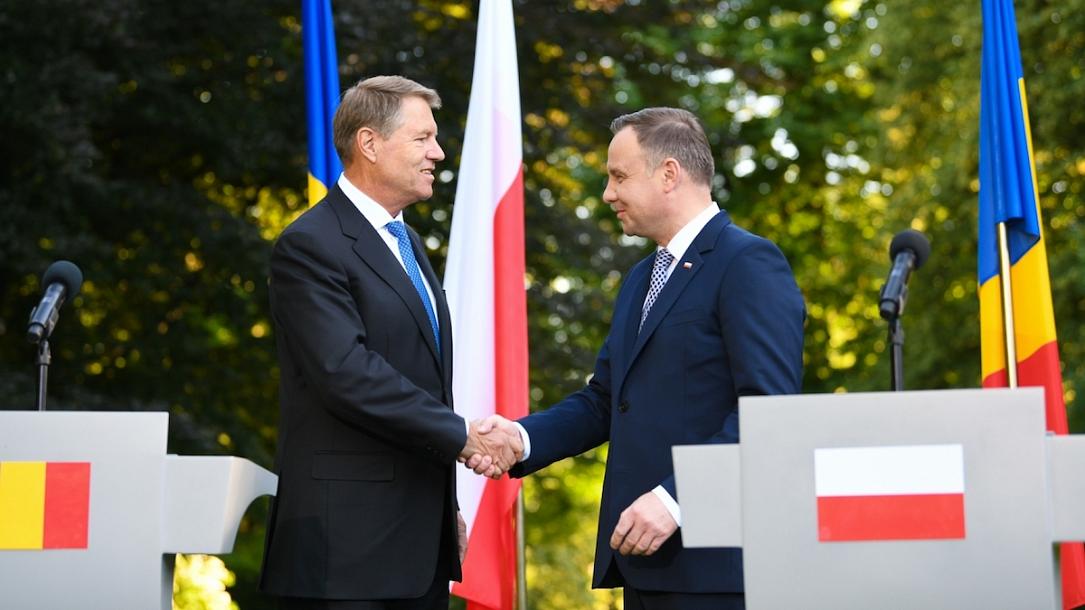 Romanian President Klaus Iohannis will welcome his Polish counterpart Andrzej Duda on Monday, May 10, at the Cotroceni Palace.

The two heads of state will discuss the regional security situation and the collaboration in the perspective of the NATO summit in June and the bilateral trade relationship.

The two leaders will also attend the "Justice Sword 21" military exercise organized in Romania on May 11.

"The visit of the President of Poland takes place in the context of the 100th anniversary of the conclusion of the Defensive Alliance Convention between the Kingdom of Romania and the Republic of Poland, signed on March 3, 1921, a symbolic moment of the bilateral relationship," Romania's Presidency said in a press release.

Discussions will focus on the bilateral Strategic Partnership, established in October 2009 and renewed in March 2015, at the level of heads of state, which offers a comprehensive framework for cooperation, encouraging a sustained development of Romanian-Polish relations in recent years.

The B9 Summit will be held in Bucharest on the same day, on May 10. Dubbed the Bucharest Nine, or B9, the group of NATO countries set up in 2014 by Romania and Poland is widely seen within the Alliance as the "voice of the Eastern Flank" and has mostly pursued NATO adaptation to the growing Russian threat.