Transylvania’s history in 100-word stories: An interview with the Romanian-born author 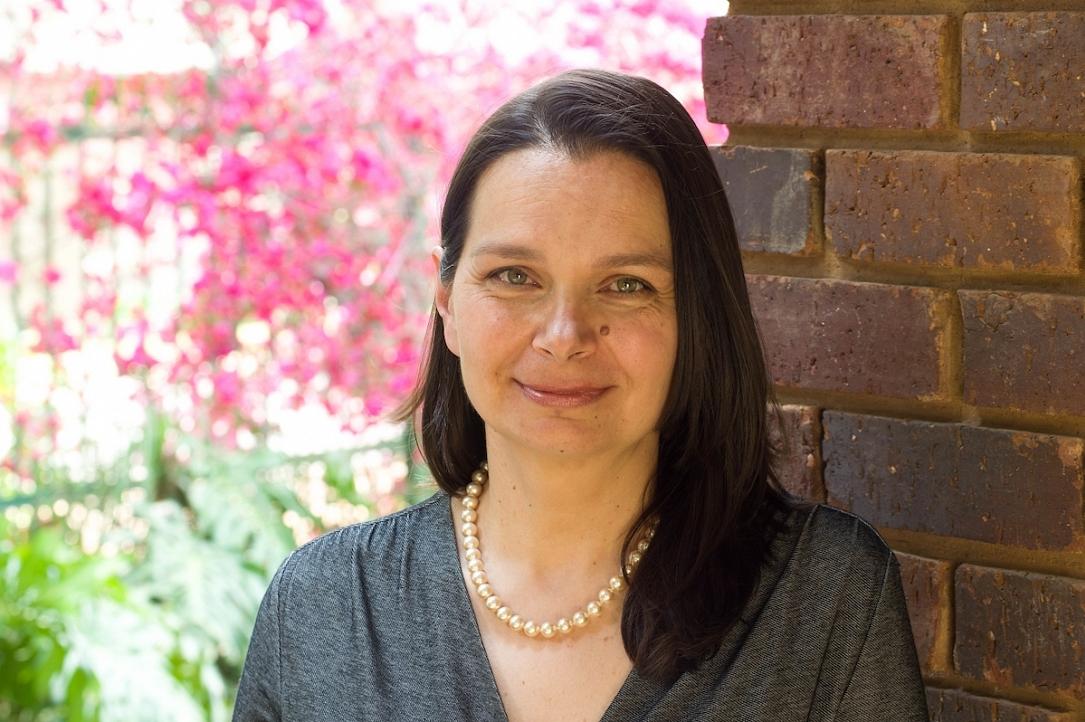 Romania's Transylvania has sparked the curiosity and interest of people worldwide, be it writers, film directors, historians, or travellers. Patricia Furstenberg, a Romanian-born author living in South Africa, has decided to tell Transylvania's History from A to Z in a rather different way: a fascinating collection of short stories of exactly 100 words each.

Patricia Furstenberg grew up in Bucharest and discovered parts of Transylvania during her many travels there, made both as a child and later on in life. "I spent my childhood being chased by guinea fowls in Argeș, and my teen summers on the Mureș banks of Arad," she told Romania-insider.com.

She has always been attracted to books and their captivating worlds, growing a strong love for words and their mysterious power. But she put her passion for writing on hold for a while, earning a medical degree instead and running her own dental practice in Romania.

One day, about 20 years ago, she made the big decision to move to South Africa to marry her best friend. A decision that changed her entire life, giving her the chance to follow her dream and switch to writing.

Today, she is a writer of historical fiction, contemporary novels, children's books and poetry. Still connected to her home country, she uses her blog to advocate her love for Romania. She is also writing books, having published no less than 17 so far.

Her latest book is Transylvania's History A to Z: 100 Word Stories - a fascinating collection of 26 short fiction stories of exactly 100 words each. A writing format that is both challenging and equally rewarding. And no less interesting for readers. Let's take, for example, the story of a fossilized skull unearthed in southern Hunedoara that speaks of murder after 33,000 years. Patricia Furstenberg named this story A Paleolithic Murder. ___STEADY_PAYWALL___ 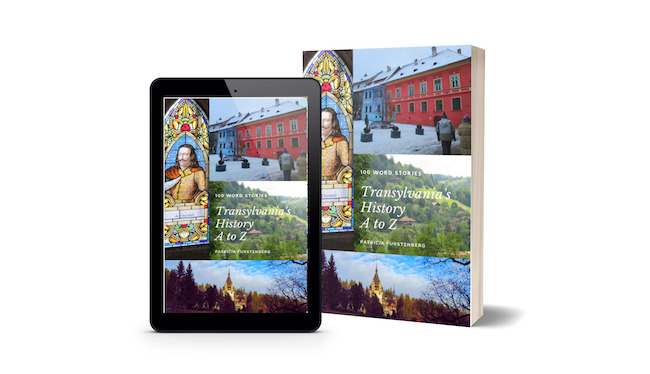 "The 100-word stories are the espresso of creative writing. They form a tale so condensed, each word is a gem. Yet a lot can be told with little words. It is a challenge for the writer, and a thrill for the reader, as each time the tale is read, a new detail is revealed. It's like looking through a kaleidoscope," Patricia said.

In the interview below, Patricia Furstenberg talks about her passion for reading and how she started writing, why she chose 100-word stories for her latest book, and plans for future literary projects.

Please tell us a bit about your background and your life in Romania before moving to South Africa.

I grew up in Bucharest and was brought up listening to the legends and folktales of Romania's past. This and the variety of books I grew up amongst gave me a love for words. Stories spark one's imagination, but the interest, the yearning to find out more, that's a code written in our genes, I think. Mine are a mix of Ardeal and Moldova, my mother hailing from the Cluj area, my father from Iași. I spent my childhood being chased by guinea fowls in Argeș, and my teen summers on the Mureș banks of Arad. While unbeknown to me, my love for stories and for writing was always tucked in my suitcase.

Only that half a century ago - nearly, but not quite - when I was born, being a writer was not a viable career in Romania. So I went into dentistry and fed my passion for travelling, thinking that my path was set. Until I met my future husband. *smiles*

You practiced medicine in Romania. Did you continue your medical activity after leaving Romania? What made you switch to writing?

After I married Gert and moved to South Africa, waiting for my SA Residence, I was not allowed to work. It was around that time when, from my trunk, the love for writing raised its head. That, my uncle's old typewriter, the memory of encouraging words from my Romanian language teachers - especially Mr Anghelache Valentin and Mrs Ana Ispas - my amazing husband, and winning the Write Your Own Christie Competition have been my springboard.

It takes time to understand why something happens, what channeled it our way, or what propelled us towards it at the right time. Like a fire that ignites only when kindles, fuel and oxygen come together, a pen falls on paper and the hand that guides it feels the spark, the mind is energized.

Writing in earnest started when I was at my happiest, and my children were practicing their A, B, Cs.

Where did you get your ideas and inspiration for the 100-word stories about Transylvania? Have you discovered something surprising while writing these stories?

If I look at my writing path, I can see how one book led to another. After my contemporary fiction Silent Heroes came out, I used blogging as one of my promotional tools. From here to sharing memories of our travels throughout Romania, its customs and folklore was just a step while the historical tidbits seeped through. For it is the history that adds colour and flavor to a place, isn't it? The blogging community responded so warmly to these blog posts!

Blogging and the research needed for my next book plunged me head first into Romania's history. Any writer would acknowledge that research is like falling down a rabbit hole. Hard to resurface. Yet this way, I discovered plenty of nuggets.

Or that digging on a national road near Mureș River, Hunedoara, unearthed a gigantic Neolithic fortress belonging to Turdaș Culture, a structure raised 1,600 years before the oldest Pyramids of Egypt. Furthermore, archaeological findings tell of human sacrifices performed as rituals in the belief that the fortress will thrive and remain protected.

Or that many archeological findings prove that Dacian peasants inhabited the Roman Basilica at Ulpia Trajana Sarmizegetusa a century after the Roman withdrawal under Aurelian (270 – 276 AD), thus proving the Dacian continuity in Transylvania.

Or that a recent study that compared local Mitochondrial DNA dating from the Middle Neolithic to mDNA of the modern population of Romania concluded that there is a continuity of the population that inhabited Transylvania since as far back as the Neolithic Era.

While I absorbed this knowledge, how could I overlook the story?

This is how Transylvania's History A to Z, 100-word Stories came to be.

How long did it take you to write these stories, and why did you choose the 100-word form?

Excluding the research, I worked on Transylvania's History A to Z, 100-word Stories for about eight months, on and off. Because my blog posts about Transylvania were so well received, I decided to put together a book that will open a door into Transylvania's true past, its tumultuous and incredible history, so fascinating yet uncharted. A door that travelers, adventurers, history lovers, and avid readers will feel inspired to step through. I wanted to create a fun book that would entice the mind and the eye.

The 100-word stories are the espresso of creative writing. They form a tale so condensed, each word is a gem. Yet a lot can be told with little words. It is a challenge for the writer, and a thrill for the reader, as each time the tale is read, a new detail is revealed. It's like looking through a kaleidoscope.

Choosing a structured, A to Z timeline strung the 100-word stories like snapshots suspended in time. The reader can take the time to savor each tale, the images accompanying it, and the short historical note before moving further.

Will this book also be published in Romanian? Do you plan to write other books inspired by Romania?

I am in the process of finding a Romanian publisher for Transylvania's History A to Z, 100-word Stories. I would love to see it translated and printed in Romanian too.

My current work in progress is outlined as a historical fiction trilogy focused around Vlad the Impaler and the lives of medieval women. I am 250,000 words in, with plans to finish the first draft by the end of this year.

Inevitably, as I write, more historical nuggets remain on my desk, so I do have plans for further 100-word stories.

How many books have you written so far? Do you have a favourite?

I have always been drawn to discovering more about the people and the beasts featured in historical events. Children's books, poetry and haiku, contemporary and historical fiction, thus far I have published 17 books.

Forced to pick a favorite, it will have to be Silent Heroes, When Love and Values Are Worth Fighting for. It is a book about people caught in war, and about dogs too. In a way, growing up in communist Romania prepared me for it. It is my favorite work because with it I crossed the threshold into adult fiction.

Do you have any favourite Romanian authors/books?

My all-time favorite Romanian novel is ‘La Medeleni’ by Ionel Teodoreanu. I adore all of Ana Blandiana's works. Once, during a winter's day with fresh snow, I had the pleasure of meeting her. I also enjoy reading works by Monica Pillat, Tudor Ganea, and Octavian Soviany.

How can readers interact with you?

I am always happy to interact with my readers. They can find me on my website and blog or on social media, especially Twitter, but also on Instagram, Facebook, or LinkedIn. Transylvania's History A to Z, 100-word Stories is available in kindle and paperback (hardcover soon) from Amazon.