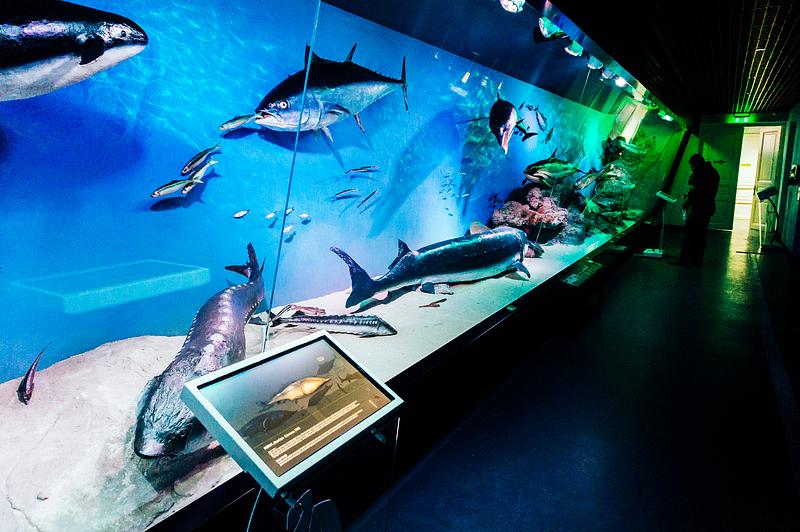 As it happened all over Europe, museums in Romania closed for the public amid the coronavirus Covid-19 concerns. Many however have made their collections available online, an opportunity to check them out as more time is spent indoors.

In Bucharest, many of the city’s museums have made their exhibits available to online audiences. The National History Museum of Romania (MNIR) displays its collections online here. Viewers can see photos of the Historic Treasure collection, which includes items that belonged to the royal family, such as the crown of Queen Elizabeth of Romania, the crown of Queen Marie or the scepter of King Ferdinand, but also Getian princely treasures dating back to the 4th and 2nd centuries BC. Online visitors can also check the replica of Trajan’s Column hosted by the museum but also exhibits from the museum’s past temporary exhibitions, among them “The Treasures of China” or “The Crowning of Alba-Iulia.”

The Romanian Peasant Museum, which hosts a collection of textiles, icons, ceramics, and artifacts of local peasant life, also offers a virtual tour of its permanent display. The tour, available here, takes visitors through the museum’s halls, the yard, and the wooden church.

Dimitrie Gusti National Village Museum, the open-air ethnographic museum which gathers peasant households and other monuments and artifacts dating back to the 17th century and up to early 20th century, can be visited online here as the institution offers those interested a stroll through its alleys.

The galleries of the National Museum of Art of Romania (MNAR) and of its satellite museums can be visited online. The Romanian Medieval Art Gallery, the Romanian Modern Art Gallery and the European Art Gallery, hosted inside MNAR’s HQ on Calea Victoriei, across the street from the Central University Library (BCU) can be visited. The Medieval Art Gallery hosts over 900 icons, mural paintings, embroideries, manuscripts, silverware and woodcarvings from the 14th – to the early 19th century. The Modern Art Gallery exhbitisRomanian art from the mid-19th century to the late 20th century and include works of masters such as Theodor Aman, Nicolae Grigorescu, Ioan Andreescu, Theodor Pallady, M.H. Maxy, Marcel Ianco, and Victor Brauner. The European Art Gallery displays works by artists such as Domenico Veneziano, Jacopo Bassano, Bronzino, Tintoretto, Rembrandt, Peter Paul Rubens, Claude Monet, and Auguste Rodin, among others. The virtual tours are available here. Similarly, the Art Collections Museum, the K.H. Zambaccian Museum, and the Theodor Pallady Museum also offer virtual tours of their collections, available here.

The Cotroceni Museum, hosted inside the Cotroceni Palace, where King Ferdinand and Queen Marie of Romania resided for a while, also opened several of its spaces to online visitors. The Cotroceni Ensemble, including a church and a princely palace, was erected by ruler Șerban Cantacuzino (1678–1688) and underwent numerous changes in time, as those who visit the museum can learn. Online, visitors can get a view of the museum’s inner courtyard, the medieval spaces, the kitchen of the former Cotroceni Monastery but also of the palace’s honor hallway, King Ferdinand’s library, Queen Marie’s bedroom or the Cerchez Room, where Romania’s entry into World War One was signed. The online visit can be made here.

The Bucharest Municipality Museum, which documents the history, culture and art related to the city, also opened its doors to online visitors here. A tour of the Sutu Palace is available here, while the art collection of the Fr. Storck and Cecilia Cuțescu Storck Museum is available here.

The Grigore Antipa Nature History Museum (pictured) is one of the most visited in the city and kids enjoy discovering the exhibits here, from the skeleton of the Deinotherium gigantissimum, the “frightening giant animal”, to collections dedicated to various regions of the country or the world. Online, visitors can see the halls dedicated to the Carpathian Mountains, the Danube Delta, the Black Sea or the seas of the Artic. More here.

Other museums in the capital that have online displays are the Contemporary Art Museum (MNAC), the Romanian Literature Museum and its branches, the George Enescu Museum and the Museum of the National Bank of Romania (BNR), among others. The full list is available here.

In Alba-Iulia, the Alba Carolina Citadel, built during the Habsburg rule in Transylvania, can be visited online here, giving the public the opportunity to see the recently refurbished star-shaped fortress. The Alba Iulia Union Museum is also open for online visits here, offering a tour of its lapidarium and of the treasures it hosts.

Several of the medieval sites and churches in the central Romania city of Brașov can also be visited from home. Among them are the Black Church, the main Gothic style monument in the country, whose construction started in late 14th century and the Weavers’ Bastion, a defense tower maintained by the weavers’ guild in the city. All the monuments and tours available can be accessed here.

The main museums of Sibiu, one of the most visited cities in the country, are also open for a virtual tour. The Brukenthal Museum, housed in the palace of the Habsburg governor of Transylvania, Samuel von Brukenthal, the Habsburg governor of Transylvania, and some of the art works it hosts can be seen here and here. The Astra Museum Complex, which includes the open-air ethnography museum in Dumbrava Sibiului, and the Emil Sigerus Museum of Saxon Ethnography, the August von Spiess Hunting Museum and the city’s Nature History Museum can also be seen online here, here and here.

With Easter approaching, those who wish to see more of the art of intricately decorated eggs can pay a virtual visit to the Lucia Condrea Painted Eggs Museum in Moldovița, which has a collection of exhbitis gathers from the villages of Moldovița, Ciumârna, Breaza, Izvoarele Sucevei, Ulma, Brodina and Moldova Sulița, but also an international collection of items received from craftsmen from 56 countries. The online visit is available here.

In eastern Romania, the Union Museum in Iași is also available for an online visit here. The museum is hosted inside a palace that served as a residence of prince Alexandru Ioan Cuza, the first ruler of the united Romanian principalities of Moldavia and Wallachia. It displays items related to the 1848 Revolution and the 1859 Union and various items that belonged to personalities such as Alexandru Ioan Cuza, statesman and writer Mihail Kogălniceanu, writer Vasile Alecsandri, and others.

The Princely Court in Piatra-Neamţ, which served as a court for the rulers of Moldavia until the 17th century, can be visited here, while the medieval Neamț Citadel in Târgu Neamț can be seen here.

The website Imagoofactory.ro compiles virtual tours inside many local museums, as well as inside temporary exhibitions held not only at museums but also at cultural centers or art galleries, among them the Romanian Cultural Institute (ICR), Anca Potersu and Galateca galleries. It also makes available virtual tours of churches and monasteries in Bucharest and in the country. In Bucharest, tours of the Stavropoleos monastery in city’s Old Town and of the Armenian Church are available, among others.

On the same website, tours of the Bucharest Opera House, the Odeon Theater, and Nottara Theater are available, as are tours of former prisons where political detainees were held - Râmnicu Sărat Prison, where the late Alexandru Vișinescu, sentenced for crimes against humanity, served as commander; Jilava Prison and Doftana Prison.

A tour of the Palace of Parliament, which announced it would be closed until the end of March, is available on Google Arts & Culture here.

A full list of museums in Romania that can be visited online is available here.

Some websites require Adobe Flash for viewing and might not be accessible for viewing from mobile phones.