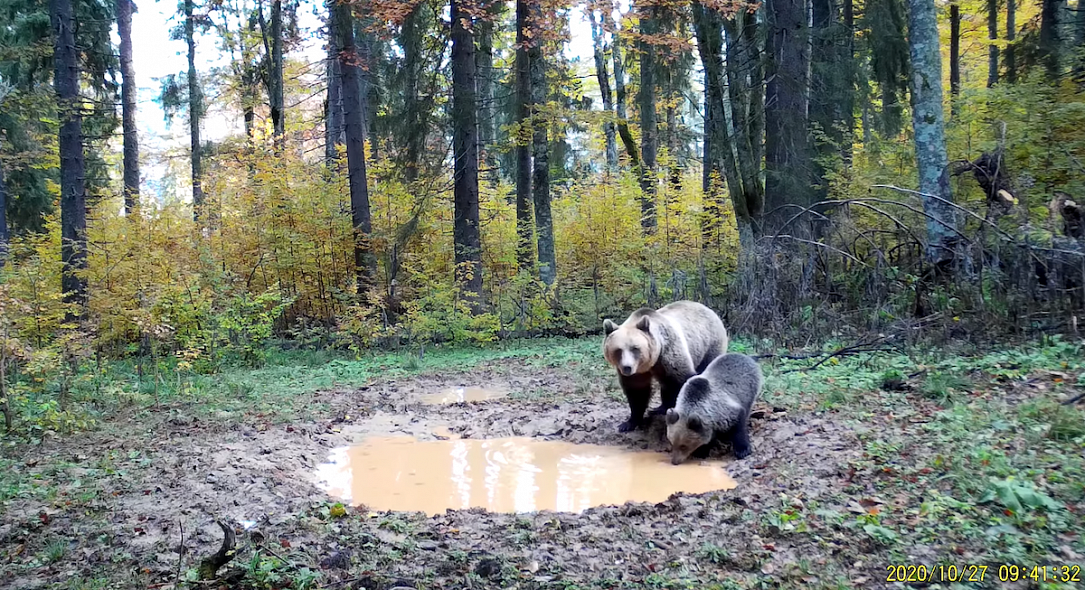 A short video shared on Facebook by Romania's forest management company Romsilva shows a mother bear and her cub drinking water from a puddle in a forest in the Apuseni Natural Park. They walk away as a third bear comes to drink some water too.

"Lovely images from the daily life of a mother bear and her brave cub, recorded by one of the wildlife monitoring cameras in the Apuseni Natural Park. Mother bears are affectionate and protective of their cubs and, at the same time, devoted, strict, and sensitive," Romsilva said in the message accompanying the video.

Estimations say that Romania's forests are home to the largest population of bears in the European Union.

The Apuseni Natural Park is one of the 22 national and natural parks managed by Romsilva. It covers 76,064 hectares in the Apuseni Mountains, on the territories of Cluj, Bihor, and Alba counties.