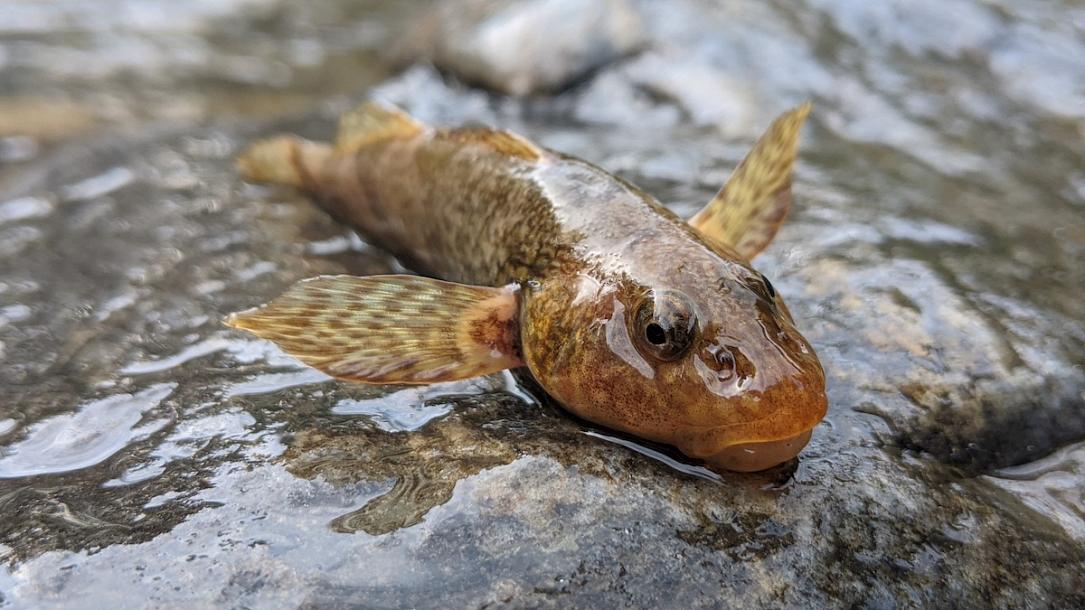 After years of uncertainty, local environmentalists have managed to film and photograph the asprete - a "living fossil" fish - in its natural habitat. This fish species is still surviving in Romania despite the many threats to its small habitat in the Fagaras Mountains.

The asprete (Romanichthys valsanicola) is a 65 million years old species, which means it is contemporary with the last dinosaurs that walked the Earth. It is the rarest fish in Europe and, by some estimates, even in the world.

Endemic to a very restricted area in the Valsan Valley, the fish was discovered in 1956. Back then, it also lived in the Arges and Doamnei rivers. Today, mainly due to the reckless exploitation of the area's resources, the protected fish species is extinct from those two rivers and survives only on a small area of a few kilometers on the Valsan river.

Unfortunately, the "living fossil" fish is now facing complete extinction. In fact, the International Union for Conservation of Nature (IUCN) rated it as "Critically Endangered." The threats are numerous and mainly related to human activity, such as pollution, the unsustainable exploitation of rivers for the production of hydroelectricity and habitat fragmentation, the theft of gravel from the riverbed, or the unauthorized cutting of trees along the river.

The images captured on Wednesday morning, October 21, by ichthyologists Andrei Togor and Marcus Drimbea are extremely important. They come to confirm that the asprete is still surviving in this small area of Valsan Valley, although its area of distribution has shrunk dramatically.

Alex Gavan, an environmentalist and one of Romania’s most famous mountain climbers, has joined the fight to save the asprete in July 2019. He has formed a team working on a project to save this extremely rare fish through ecological reconstruction, directed reproduction, and repopulation actions. The team has also developed a national action plan to save the fish, but they're also trying to stop illegal activities in the area.

"A big step to be taken in protecting and truly conserving the asprete is simple: the Romanian state respecting and enforcing its own laws. Ironically, a significant part of the damage done to habitats along the Valsan river is done by state institutions and organizations. The single biggest threat for the survival of Romanychthys valsanicola is the current low level of water due to the fact that Hidroelectrica, the company managing the hydroelectric power plant, is seeking only to maximize the profit at the expense of biodiversity, breaking the law in the process. They do this not only on Valsan but on a large number of rivers," Alex Gavan told Romania-insider.com.

"This living fossil species of fish is a national symbol, and it has the same right to live on this amazingly beautiful planet as we do. It is my strong belief that this planet is full of abundance, but for this abundance to manifest, we need to make place for it, we need each and every one of us to use the resources mindfully, to take only what is necessary, to take only what we really need," he added.