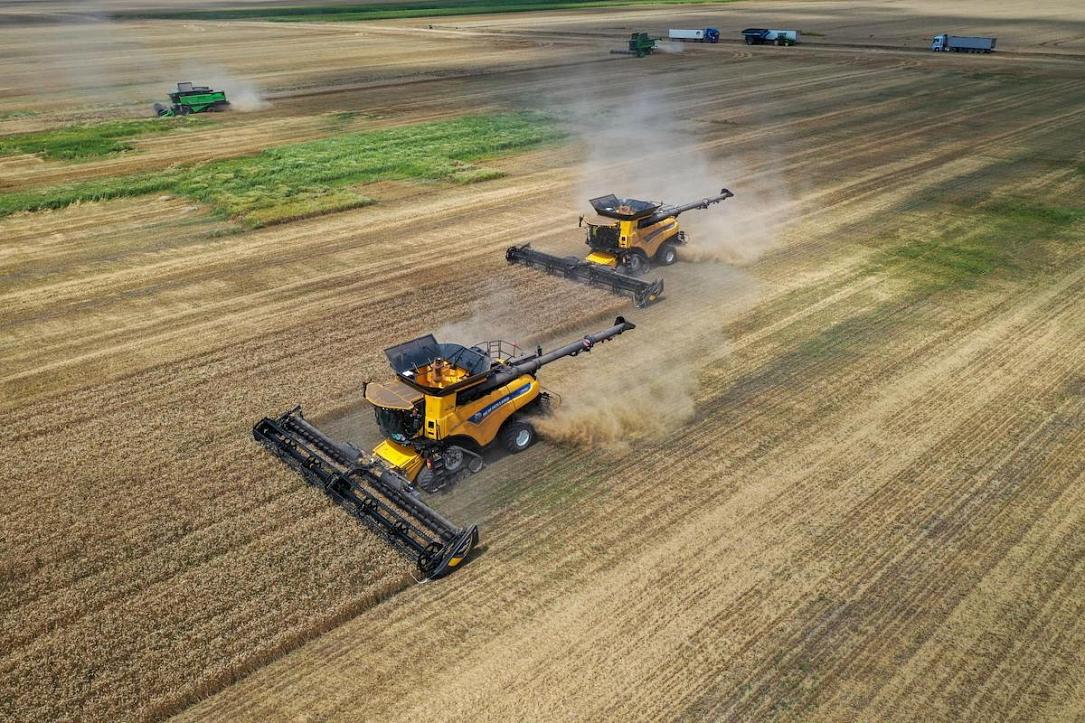 Last year, the company harvested 24,003 tons of crops from the exploitation of 7,830 hectares, of which 2,320 hectares were cultivated with organic crops.

"The year 2020 has been transformational for Holde Agri Invest and our shareholders. Despite the challenging local and global context, the results we present today surpass our initial forecast. We came to the market with a promise – to become one of the largest farming companies on the local market and, at the same time, to do modern, profitable agriculture. We are already delivering upon this promise," said Liviu Zagan, CEO of Holde Agri Invest.

"For 2021, our goal is to continue the development of Holde and to reach a turnover of RON 52 million. Consequently, this spring, we will begin the share capital increase operation to raise RON 20 million from our existing as well as new shareholders," he added.

In 2020, Holde registered consolidated revenues of RON 27.3 million from the sale of crops. In 2021, the sale of agricultural products from the remaining 2020 harvest generated additional revenues of RON 3.5 million. Out of a total harvest of 24,003 tons, Holde produced 3,400 tons of organic sunflower, wheat, corn, peas, while the rest were conventional crops such as rapeseed, wheat, corn, sunflower, peas, soybeans.

In 2020, capital expenditure amounted to RON 7.7 million (EUR 1.6 mln), and it included investment in technology start-up AgroCity, acquisition of machinery and farm equipment, and arrangement for storage capacity. Moreover, the company invested RON 37.4 million (EUR 7.7 mln) in acquisitions that contributed to the business expansion, increasing the surface of operated land from 2,800 hectares to 9,250 hectares in just a few months. At the end of 2020, the company operated three farms near Bucharest - Rosiorii de Vede, Videle, and Frumusani.

"Last year was intense for Holde. Apart from cultivating the land, we successfully integrated new farms, invested in their modernizations, and floated the HAI shares on BVB. 2021 will be at least the same intensity. In the context of our development projects and new acquisitions, we plan to attract in the next weeks fresh capital from investors. Out of the RON 20 million that we want to raise from investors, we estimate that we will invest approximately 70% of capital in expanding the land surface. The remaining 30% will be used for modernizing our existing farms," said Iulian Circiumaru, President of the Board at Holde Agri Invest.

Apart from increasing the surface of operated land, Holde targets investments in modern equipment and the pilot irrigation project of 150 hectares in the Frumusani farm. Moreover, the plan will include investments in a manure collection and storage platform and a composting station with a capacity of 10,000 tons per year for the Rosiori de Vede farm. Additionally, Holde plans to acquire an additional silo capacity of 6,000 tones for the Frumusani farm and invest in the extension of the Calinesti silo with 4,400 tons of storage space specially prepared for organic production.

Holde Agri Invest has been one of the fastest-growing companies on the Bucharest Stock Exchange this year. In the first two months of 2021, the HAI shares gained 44%. The company's capitalization thus reached RON 83 mln (EUR 17 mln).