From Romania to the world: The inspiring story of a local tech startup that became a global player 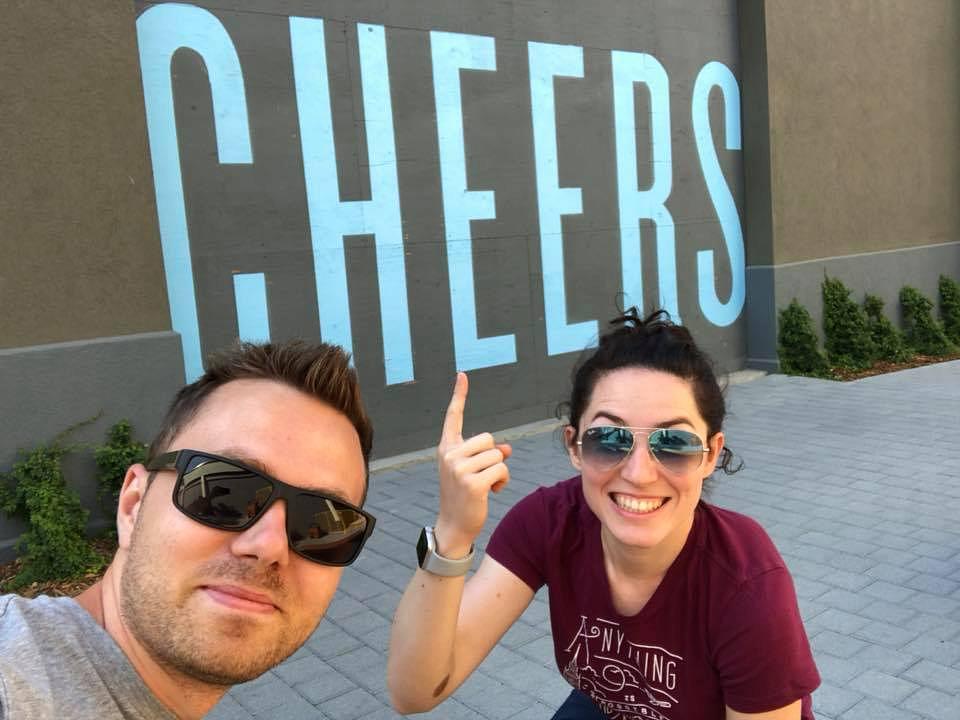 On a market that is constantly changing, two Romanian entrepreneurs managed to turn their idea into a top tech business and an inspiring story that crossed Romania's borders.

The story of Froala, a tech startup founded by Romanian entrepreneurs Diana and Stefan Neculai, began about five years ago. What was initially an idea of two freelancers working in their living room grew into one of the most successful stories of the Romanian entrepreneurial sector. With big names such as Apple, IBM, Samsung, Amazon and Adobe among its clients, Froala was purchased by U.S. group Idera earlier this year, a top B2B software solutions provider with annual revenues of USD 120 million.

Diana Neculai talked to Romania-insider.com about how it all started, the challenges of this project and of doing business in Romania.

Froala is a tech startup in the developer tools market, launched in January 2014. More specifically, we are focused on building editing software for the Internet. Our oldest product is a WYSIWYG (What You See Is What You Get) HTML editor, used by companies of all sizes from startups to some of the world’s top companies. With thousands of clients from over 110 countries all over the world, we are proud that our editor has become one of the leading tools for WYSIWYG HTML text editing for web and mobile applications, despite having competitors with over one decade of experience in the field.

We basically create a component for developers to integrate into their web and mobile applications through which non-tech people can create content for the Internet. Content on the Internet has to be written in HTML, and with our editor, non-tech people can create and edit content in a user-friendly interface that is automatically converted into HTML.

What the story behind Froala?

We initially wanted to build a website builder, and a WYSIWYG Editor is a main component in such a product. None of the existing solutions fitted our needs and matched all our criteria, neither as User Interface (UI) and User Experience (UX), nor as ease of integrations and customization, in other words DX (Developer Experience). We started building an editor for us initially, just like we would like to have it in our application. When the first prototype was ready, in January 2014, we thought it might be good to get feedback from developers on it, and why not use it as a funding source for our initial idea: the website builder.

We were doing freelancing at that time, and in the spare time working on our idea from our living room. The only costs we had was our own time that we have invested in developing this product.

When did you realize that this product has business potential and what were the indicators by which you measured its success?

After one month since the initial launch we had the first customer. We had mixed feelings because we were happy we had a customer, but at the same time we had to start implementing the entire payment system, user accounts, send an invoice to the new customer, and more importantly, send him the product.

When we started selling, we did not have any system in place for it. We only had a PayPal button, we were taking the customer’s money, but we were giving them nothing in return, not even an email. It was a good thing in terms of developing a self-funded start-up, because it helped us to launch our product faster and to do things the lean way since we were bootstrapped and had few resources.

The first customer was the confirmation that the product we were building has potential, so we focused on bringing in more customers. Our seventh customer was a pretty big, important and well-known one in the entire world. For us this was an important point in the evolution, it is the point when we shifted our focus from the initial idea of building a website builder to the editor itself.

How did you promote and sell your product? Was it difficult to make your way on this niche?

The Froala Editor was from day one a self-serve product, all purchases were made on our website, with minimal to no interaction with us. At most, we had an email discussion with the customers prior to the purchase.

As developers, we understand very well developers. Besides building a product for us, we also knew where to find developers, spread the word and get early adopters. Building something where you are your own customer reduces the amount of research you have to do to understand a niche.

When did Idera first approach you and how did this happen? How long did the negotiations take before you signed with them? What was the value of the transaction?

We were first contacted by Idera in March this year and had an initial call. They have someone that occasionally scouts for companies they might be interested to acquire and that’s how they got to us.

The entire process took two and a half months since we received a LOI (Letter Of Intent) from them. Our company had a fairly simple structure, so the due diligence was straight forward and we soon got to the final purchase agreement.

During this entire process, we had an experienced advisor, Andrei Pitis, who closely worked with us to get the most out of this experience. The final agreement negotiations were pretty intense for us, being our first exit. I would say that it is the part where the deal might have failed if we haven’t had Andrei with us.

The value of the transaction is confidential, but it was a very good one, otherwise we wouldn’t have sold the company.

What determined you to sell your business?

We were growing very fast, and this was adding more and more work and pressure on our shoulders. There were two ways we could’ve gone: either grow a large team or sell the company. Since we already tried the first option one year ago without a big success, selling the company sounded like a better opportunity.

Will you continue to develop this project as part of Idera?

Getting acquired has more to it than just signing some papers and making a transaction. We want to see our product evolving further and this can happen only with a smooth transition of know-how from us to Idera.

What are your plans for the future, after you stop working on this project? Do you plan to invest in something else?

We never plan things too far in advance, we just ride along and take opportunities one at a time as we see fit for each moment. You can never be prepared for the future, but you are always prepared for the next step.

Same thing applies for a M&A process – it sounds so complex and long if you think about the entire process and the unknown that surrounds it, but if you take instead one step at a time and focus only on the next step, things get more clear, easy and less intimidating.

Like everyone else, we have our own beliefs and goals, and everything that aligns with our vision is a good place for us to dig dipper and learn more about.

What are the main challenges of doing business in Romania, based on your experience? Do you think that you would have been able to develop faster or get better valuation if you were based in the US or Western Europe?

The main challenge we had with our business in Romania is finding skilled developers for our team. Not because we don’t have such talents in Romania, but rather because we are competing with big companies and in Romania people are not so interested in the startup life.

The entrepreneurial spirit is not missing in Romanians, but it is definitely very very low compared to the US especially. From my experience this is due to the environment we grow in, lack of entrepreneurial stories and a lot of encouragement towards getting a job in a big company. It was only when I participated at Startup Weekend in 2010 (when I was 20 years old) when I first realized what a startup is. I’m not saying it’s better than getting a well-payed job in a big company, but it is an alternative to take into consideration that I didn’t know about until then.

Diana and Stefan Neculai were colleagues at the Faculty of Computer Science of the Polytechnic University in Bucharest. The two programmers participated in several startup events where they won prizes and started building their experience by being co-founders of two other startups – Eventriffic and Ixapi. They also participated in Google Summer of Code in 2012, being mentors within the same program the following year. After they graduated, Diana and Stefan began working as freelancers while trying to start their own business. That’s when Froala was born.