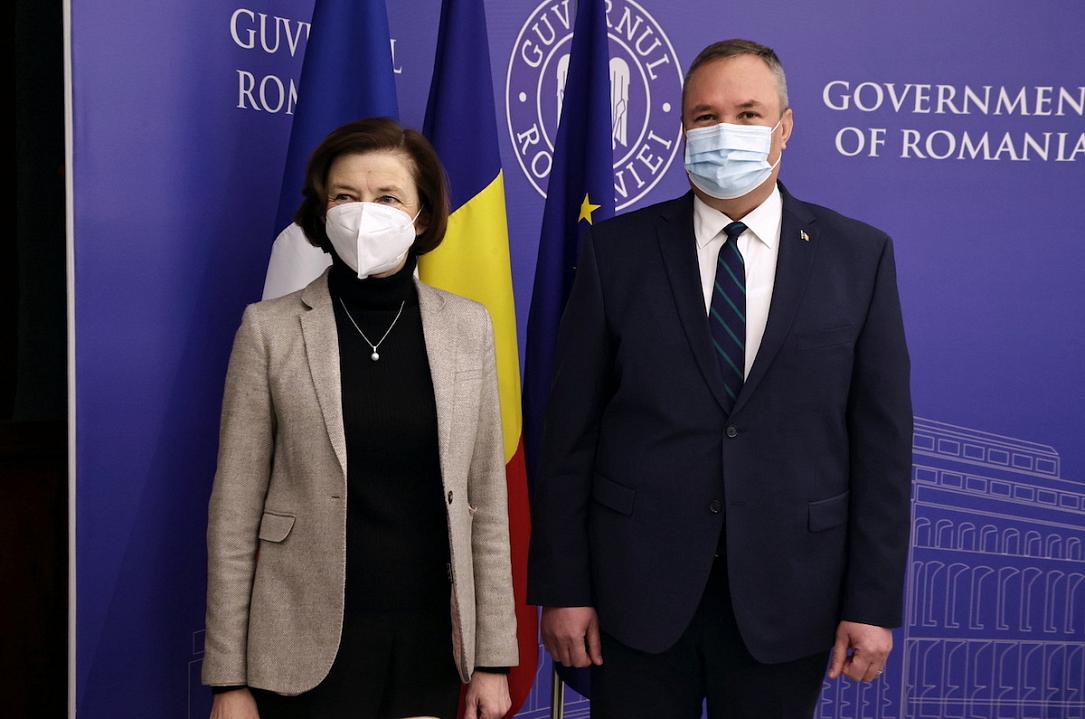 Romanian prime minister Nicolae Ciuca on January 27 held talks with the French minister of defence, Florence Parly, on the topic of the security on the NATO eastern flank and Franco-Romanian cooperation in the field of security and defence, the development of new EU and NATO strategic approaches, and developments in Mali and the Sahel region.

According to a statement from the Romanian Government, during the meeting, the French official informed the prime minister "about the French technical team having arrived to evaluate the implementation of the French president's option to reinforce NATO's eastern flank, which could take place as soon as the NATO decision is taken in this sense," G4media.ro reported.

Another topic of discussion was that of the military corvettes contract.

Romania completed a tender for a contract of over EUR 1 bln that was won in 2019 by a French company Naval Group (in partnership with Santierul Naval Constanta), but the country has not yet concluded the contract.