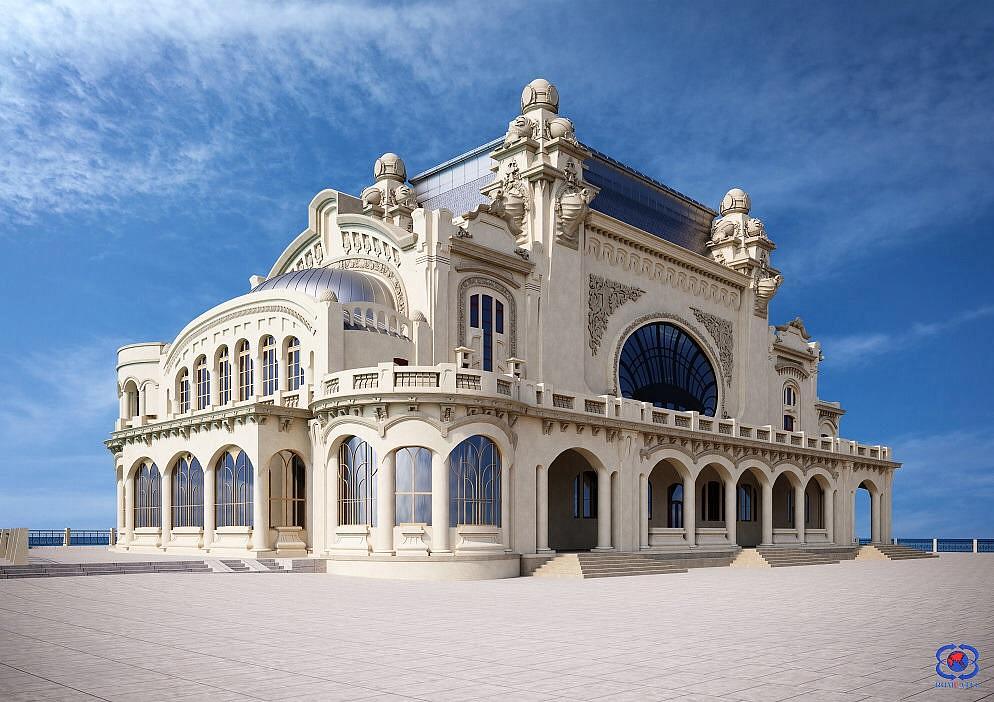 As part of the works to consolidate and refurbish the Constanţa casino, a landmark of the Romanian Black Sea coast, the elements that were later added to the original construction are now removed, the City Hall of Constanţa said.

The façade of the building will be restored to its 1910 look. At the same time, an interior staircase built after 1986, without following the Art Nouveau style of the monument, will be demolished.

All the materials used in the restoration process will be high-quality ones that conform to current norms, including resistance to earthquakes or the salty sea air.

“A team of experts, specializing in class-A historical monuments, tested the plaster and plaster, finishing, and ornament samples were sent labs in Austria and Germany to determine what type of materials we need to use in the restoration. We are waiting for the results,” architect Radu Cornescu, who is supervising the works, said, quoted by News.ro.

He also explained that the works would follow the original project of the building.

“Everything will be redone according to the original project. The teams of restorers found blueprints in between the walls, most likely hidden by the detainees who worked on renovating the Casino in the 1950s. Inside, there is a staircase built after 1986, and it will be removed because it did not follow the Art Nouveau style and blocked the seaside façade,” Cornescu said.

The City Hall of Constanţa said that the inside of the building would be remodeled to allow it to function as a cultural center. A permanent exhibition on the history of the building will also be set up inside. Once the consolidation works end, mural paintings will be added, and period furniture, designed after models that existed 100 years ago, will be added.