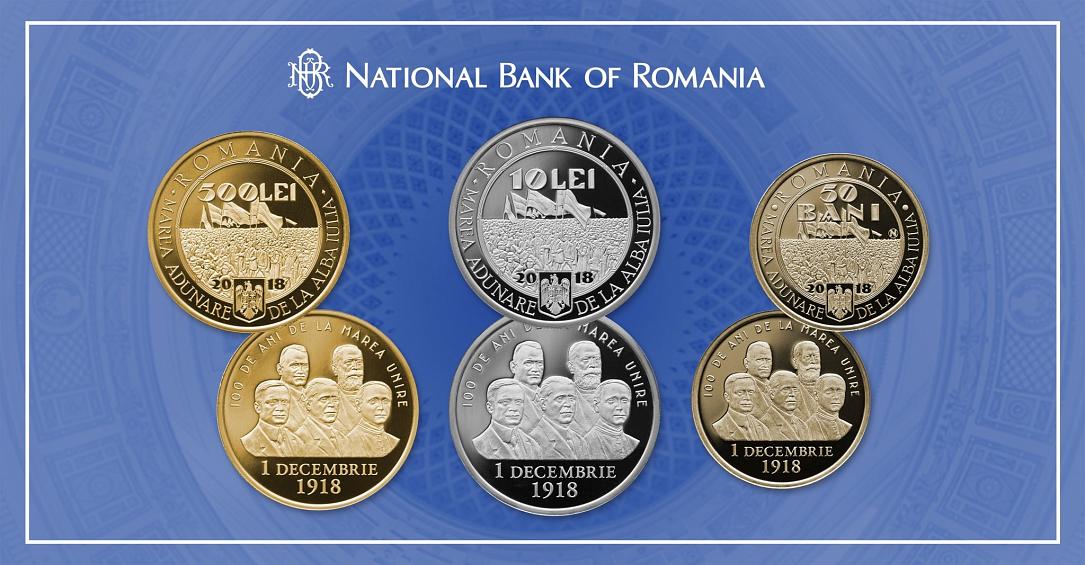 The National Bank of Romania (BNR) has put into circulation, for numismatic purposes, a commemorative collector banknote with face value of lei 100 dedicated to the anniversary of 100 years since the Great Union on December 1, 1918. This numismatic issue has 10,000 banknotes.

The reverse of the banknote features the arrival of the royal cortège in Bucharest, on December 1, 1918, and part of the mace of King Ferdinand I, together with four women in folk costumes typical of each united Romanian province: Bessarabia, Romania, Transylvania and Bukovina.

Earlier in November the national bank put into circulation a gold coin, a silver coin, and a brass collector coin for numismatic purposes, along with a brass commemorative circulation coin, dedicated as well to the anniversary of 100 years since the Great Union on December 1, 1918.

The reverse, that is common to all coins made of gold, silver and brass, shows the portraits of Ștefan Cicio-Pop, Gheorghe Pop de Băsești, Iuliu Maniu, Vasile Goldiș and Iuliu Hossu, prominent figures who helped accomplish the Great Union.