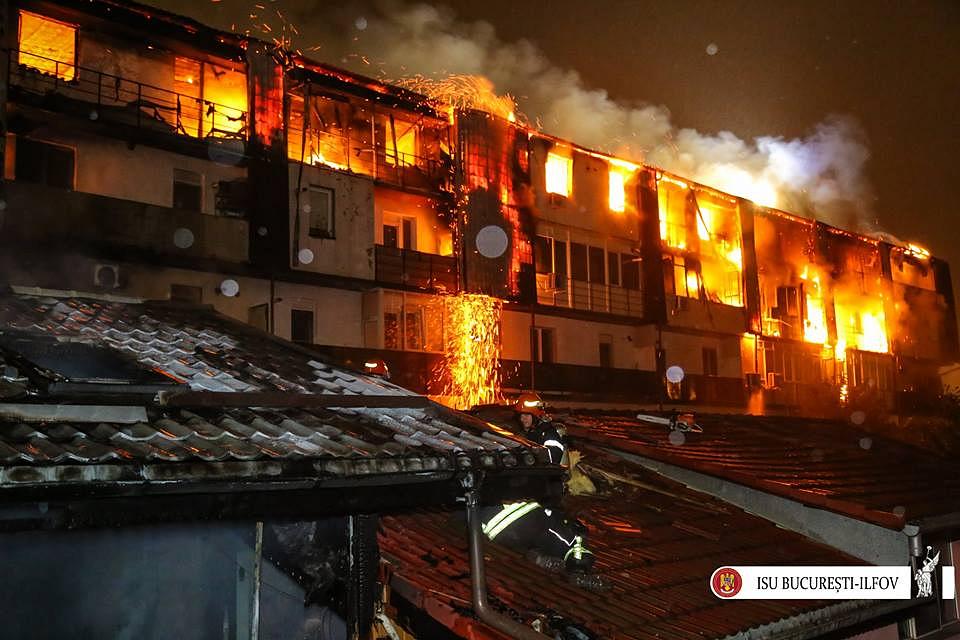 An apartment building in Bucharest’s District 5 burned down on Friday night leaving 54 families homeless. None of the residents was injured, but one of the firefighters who intervened needed to be taken to the hospital.

The building had been finalized in 2013 but it had no building permit and the families living in it had no ownership contract. Instead, each family had a promissory contract signed with the developer, according to Mediafax.

Moreover, the building had no fire authorization from the emergency situations department. The District 5 City Hall announced on Saturday a series of measures to help the families affected by this incident. The local authorities will provide short-term accommodation and meals as well as clothes and personal care items.

Each member of the affected households will get a RON 3,000 emergency help and the city hall will also help the affected families pay rent for a period of up to three years, mayor Daniel Florea announced. He also said that a criminal investigation will clarify the legal aspects related to the respective building.

According to a person living in the building, a two-room apartment was valued at some EUR 40,000. The dwellers paid about EUR 10,000 in advance and EUR 200 monthly instalments to the developer. The people who moved in the building didn’t qualify for mortgage loans due to their low revenues and were happy that the developer allowed them to pay for the apartments in instalments without charging them interest.

The developer, Ion Ionita, was investigated in 2015 together with other people for tax evasion and money laundering after building and selling dozens of apartments without legal contracts to avoid paying taxes, according to Stirileprotv.ro.