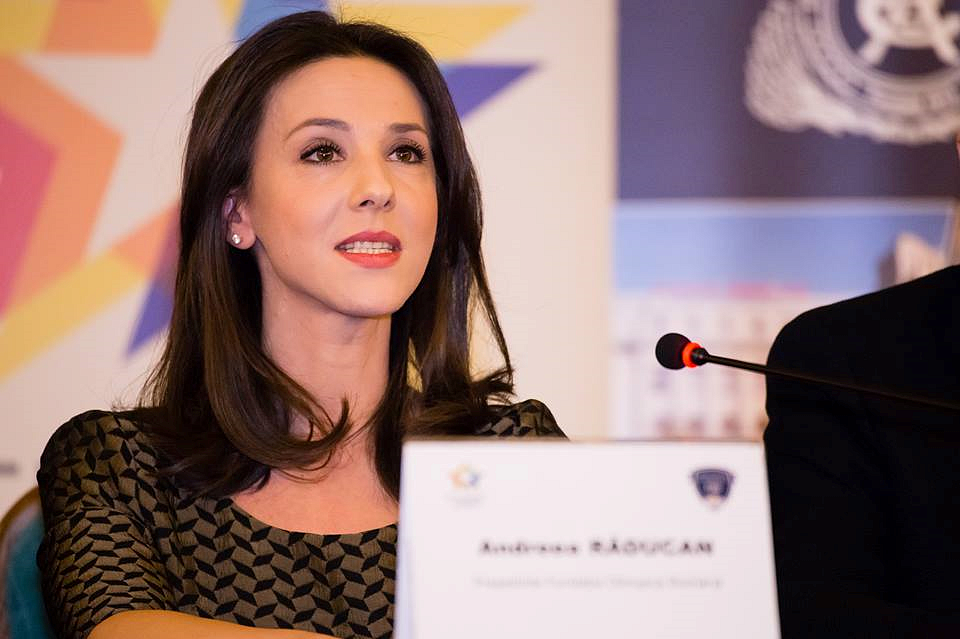 Romanian Andreea Raducan, a multiple medalist in international gymnastics competitions and the president of the Romanian Gymnastics Federation, will be inducted into the International Gymnastics Hall of Fame. The event will take place on May 19 in Oklahoma City.

“I’m so proud to be officially counted among the greatest gymnasts of all times. The International Gymnastics Hall of Fame stands for excellence and history. This is a very good moment to say thank you once again to all the people, who believed in me and supported me throughout the years. I am feeling very grateful! Thank you!” Andreea Raducan wrote on her Facebook page.

Besides Raducan, Paul Hamm and fellow American Nastia Liukin will also be inducted into the Hall of Fame on May 19. Also, Alexei Nemov, who entered the Hall of Fame last year but could not travel at the last minute, is also expected to attend this year’s event.

Although she will always be remembered for being stripped of the all-around gold she won at the 2000 Sydney Olympics, being accused at that time of testing positive for a banned stimulant, Andreea Raducan has won numerous medals for Romania, being one of the country’s top gymnasts ever. She retired from sports in 2002 and, in 2017, at 33 years of age, she was elected president of the Romanian Gymnastics Federation.