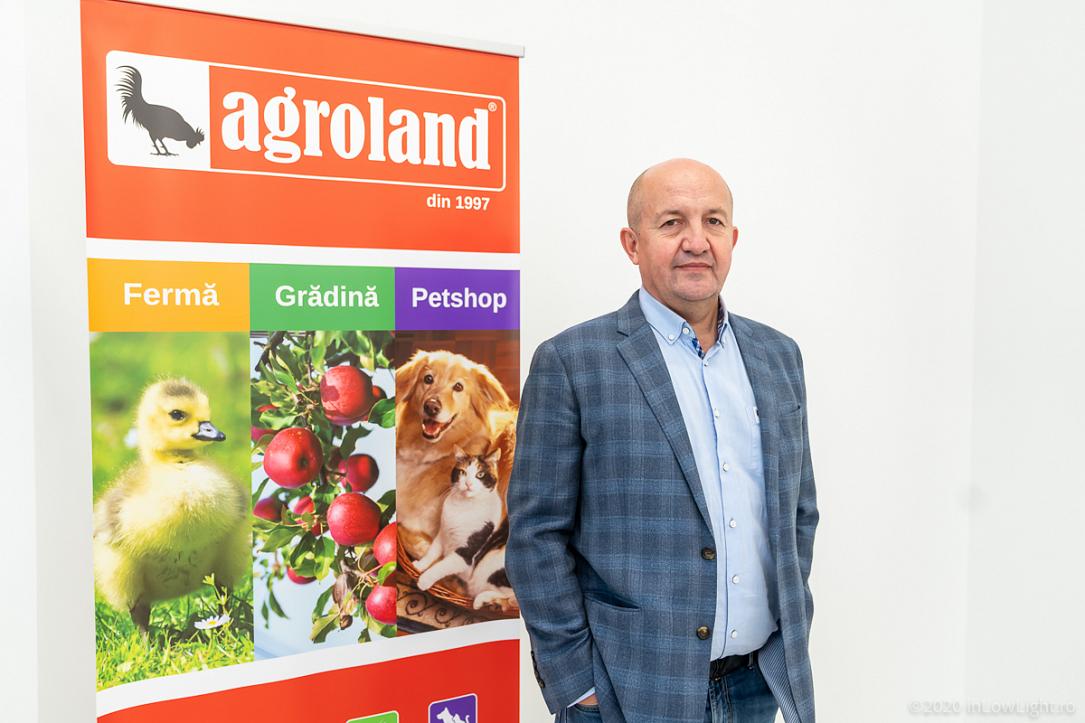 Agroland Business System (AG), the company that operates the largest network of agricultural stores in Romania, reached a market capitalization of RON 250 mln (EUR 51 mln) on its first day of trading on the Bucharest Stock Exchange's AeRO market.

Thus, the company's founder, local entrepreneur Horia Cardos, who still owns a 76.5% stake, had his shares valued at EUR 39 mln.

Agroland's listing was also a profitable deal for the investors who bought shares in the company's private placement in November 2020. The company raised RON 7.9 mln (EUR 1.6 mln), selling shares at the fixed price of RON 4.5. On the first day of trading on AeRO, the investors could sell their shares at an average price of RON 19.4, cashing in a profit of over 300%.

The price of AG shares oscillated between a high of RON 22.8 in the opening and a low of RON 16, closing the day at RON 21.2. The transactions reached almost RON 14 mln (EUR 2.86 mln), by far the highest volume recorded in Monday's trading session.

"Investors have understood that we are a leader in a market with huge growth potential, and they have given us their trust," said Horia Cardos, founder and CEO, Agroland, at the beginning of the first trading day.

Established in 2009, Agroland currently operates an extensive network of stores nationwide, covering 29 counties in Romania. At the end of October, Agroland owned 248 stores, of which 59 operated directly and 189 stores belonging to franchisees.

The company's development plans include opening large-format stores with a sale area of over 400 sqm.