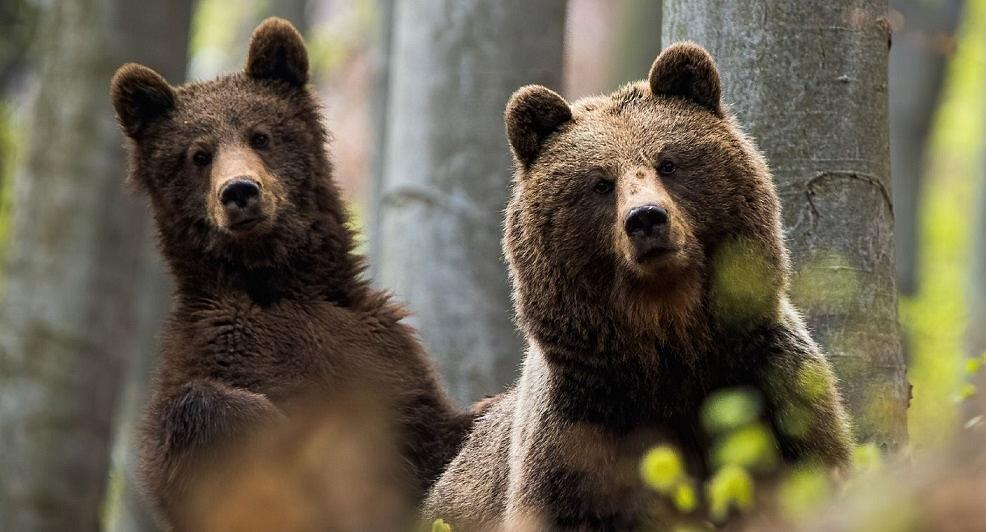 NGO Agent Green and TV producer Charlie Ottley have launched a call for the construction of a new bear sanctuary in Romania.

The call is addressed to companies, which can support the project by paying copyright to... bears.

"What would it be like for bears to receive copyright? Bears have inspired so many brands - from beer, fabric softener, clothing to sweets and juices," a release from the NGO reads.

In a series of videos released on social media by Agent Green, Charlie Ottley - known, among others for the documentary series Wild Carpathia - urges brands that use the image or word "bear" in their identity to pay copyright to bears (bear right) and thus contribute to the creation of a new sanctuary in Romania. To support the Bear Right initiative, companies can get in touch with a campaign representative online.

Several locations are considered for the construction of the sanctuary, from the counties with the largest bear populations are taken into account, such as Harghita, Mureș, Brașov, Covasna, Vrancea.

The chosen area would meet the basic needs of bears, so the naturalness of the habitat will play a key role, the NGO said. The territory must include a mixed forest, which shouldn't lack beech, meadow, a stream (flowing water) and a pond. The program will also include the reintroduction in nature of those bears that can still be rehabilitated.

The goal is to establish a sanctuary where, in a first phase, 50 bears would be saved. In the first stage, the goal is to obtain the 30 hectares needed, but also to attract investments for the first ten bears. The total costs for the sanctuary to be built and become operational are up to EUR 10,000 per saved bear, the organization said.

"Ever since I first arrived in Romania, in 2010, I was fascinated by its nature and the rich fauna from here. Unfortunately, things are not going well for the population of brown bears, magnificent but endangered creatures. We are largely responsible for recent problems arising from bears encroaching on the human environment - because we are so busy cutting down theirs. If we destroy their territory, we force bears into closer proximity with us…and then we have the audacity to blame them. So, the right to life is the focus of this campaign in which we address especially those who carry the bear in their identity, such as names or logos. By paying the bear right, we are paying for the sustainability of the environment, for our future," Charlie Ottley said.

"Through the funds, we will raise from the copyright for bears, we want to buy the right to life for these animals, which would otherwise be shot. A whole life in dignity in a new sanctuary in their natural environment for the bears that the authorities failed to protect from the loss of habitat and the fatal approach of people. Or, after a time, returning them back in nature if their rehabilitation will still be possible," Gabriel Păun, president of Agent Green, said.

Romania still has the largest population of brown bears in Europe, the NGO explained, but their existence is endangered by the reduction of their natural habitats, climate change, and trophy hunting.

"Agent Green and Charlie Ottley want to point out that in the absence of ensuring coexistence and co-adaptation measures, as well as habitat degradation, the man-bear conflict has reached unprecedented heights, an issue that will continue to benefit just the trophy hunting. And part of the solution for the accustomed bears, from now on considered accustomed to humans and dangerous, are education projects and the creation of a sanctuary."

The initiative targets companies in the first phase and continues with the opening of donations from individuals.