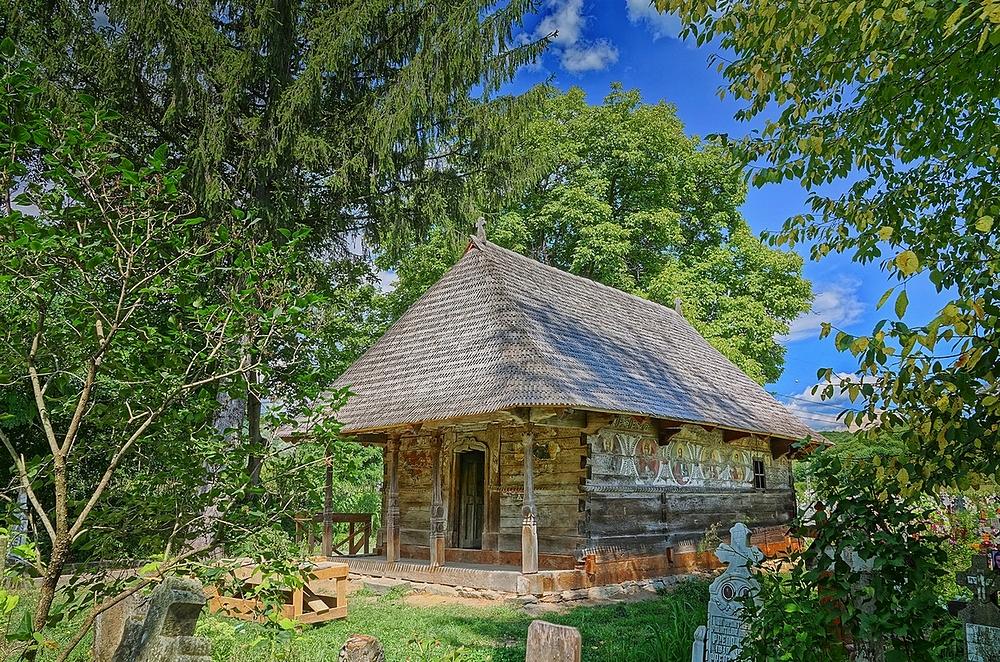 The restored Wooden Church of Ursi Village, in Romania’s Valcea county, is one of the 2021 winners of the European Heritage Awards/Europa Nostra Awards - the EU prize for cultural heritage funded by the Creative Europe programme. The Romanian project is among the winners of the Conservation category.

The European Commission and Europa Nostra announced the winners of the European Heritage Awards/Europa Nostra Awards 2021 on Tuesday, May 25. Europe’s top honour in the heritage field went to 24 exemplary achievements from 18 European countries, including Romania.

The Award winners were selected by independent juries composed of heritage experts from across Europe upon evaluation of candidatures submitted by organisations and individuals from 30 European countries.

“Each year, the winners of the European Heritage Awards / Europa Nostra Awards exemplify the incomparable creativity and commitment of those who work to protect, valorise and pass on Europe’s precious inheritance to the next generation. This year’s laureates powerfully demonstrate how heritage offers solutions and paths to recovery in the face of seemingly insurmountable challenges, as we take action for the climate, mobilise for sustainable urban and rural development and tackle the many threats to our core European values. We applaud their outstanding achievements: may they serve as inspiration and encouragement for future action for so many heritage professionals and enthusiasts across Europe and beyond,” Europa Nostra’s Executive President Hermann Parzinger said.

The winners also enter the competition for the Public Choice Award, which will be announced this autumn. Heritage lovers and supporters can go online to vote for their favourite award winners.

The Wooden Church of Ursi Village has been carefully restored with the close involvement of many partners, including the local community. The main partners involved were the Pro Patrimonio Foundation, the Art Conservation and Restoration Department of the National Arts University of Bucharest, the ASTRA Museum of Traditional Folk Civilization, the National Institute of Physics and Nuclear Engineering “IRASM," the National Chamber of Romanian Architects, Asociația 37, and the owner of the church, the Romanian Orthodox Church.

Built between 1757 and 1784, the wooden church dedicated to the Annunciation and the Archangel Michael survived a fire in 1838, after which it was repaired and decorated with frescoes. However, it was abandoned after a new church was built in the village.

“On its rediscovery in 2007, the church lay without foundation and was at risk of collapse while its shingle roof was in urgent need of repair. The frescoes, painted in the Post-Byzantine tradition with Western influences and of remarkable artistic value, faced serious decay. In 2009, the church of Urși was included in the “60 Wooden Churches programme” in Romania by the Pro Patrimonio Foundation, and thus later nominated to the 7 Most Endangered programme 2014,” reads the Romanian project’s presentation on Europeanheritageawards.eu.

For 11 years, between 2009 to 2020, restoration works took place at the church each summer, following months of fundraising efforts in the preceding year.

“This is an example of vulnerable architecture and an endangered monument that has been restored fully in accordance with conservation principles, with the original elements closely examined and reintegrated wherever possible. Sustainability was also central to the project, with trees planted to provide materials for future restoration work,” the Jury said.