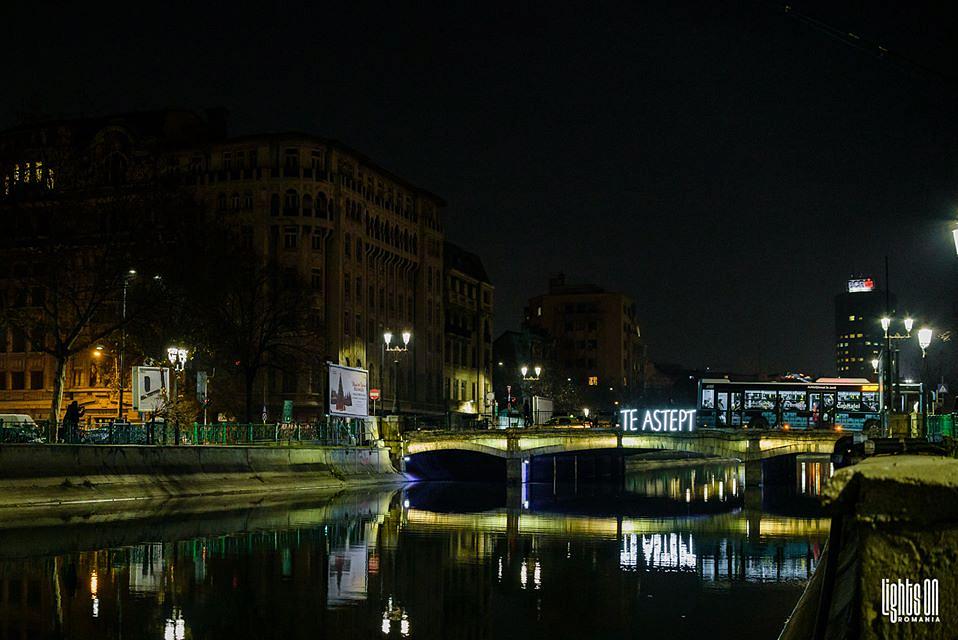 On December 10, yet another light installation was lit up on the Izvor Bridge in Bucharest, this time with the message “Te astept” (I’m waiting for you).

“The wait is over. The Te Astept (I’m Waiting for You) installation is here. It is here to complete the dialogue between Mi-e Dor de Tine (I Miss You, London) and Si Mie (Me Too, Cluj-Napoca). It is here to create a bridge between those who left and those who stayed. It is here to be a source of longing, emotions, and joy,” representatives of the Lights on Romania Festival wrote on Facebook.

The “Te astept” message will remain in Bucharest until January 26, 2020.

The first ‘I miss you’ message in London became viral on the Internet during the first round of the presidential elections in Romania. The installation is located in the Canary Wharf financial district, close to the Reuters headquarters.