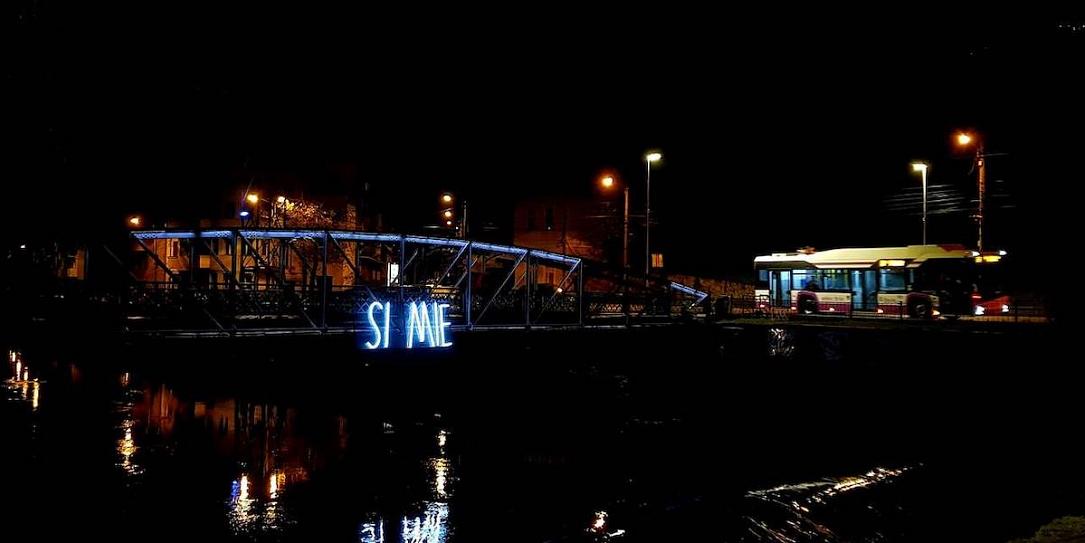 A light installation spelling the message ‘Si mie’ (Me too) was lit up in the city of Cluj-Napoca, in Romania, in response to the ‘Mi-e dor de tine’ (I miss you) message lit up in London earlier this month for the Romanians living abroad.

“Me too, London. Us…too,” the Lights On Romania initiative wrote on Facebook.

The ‘Me too’ installation was lit up just before the start of the Cluj-Napoca Christmas Market, which is set to open on Friday, November 22, local G4media.ro reported.

The ‘I miss you’ message in London became viral on the Internet during the first round of the presidential elections in Romania. The installation is located in the Canary Wharf financial district, close to the Reuters headquarters. It will remain in London until January 25, as part of Canary Wharf's annual Winter Lights festival.

Andi Daiszler, the founder of the Lights On Romania festival, told local Mediafax that a third installation will be lit up in Bucharest next week, with the message ‘Te astept’ (I’m waiting for you).