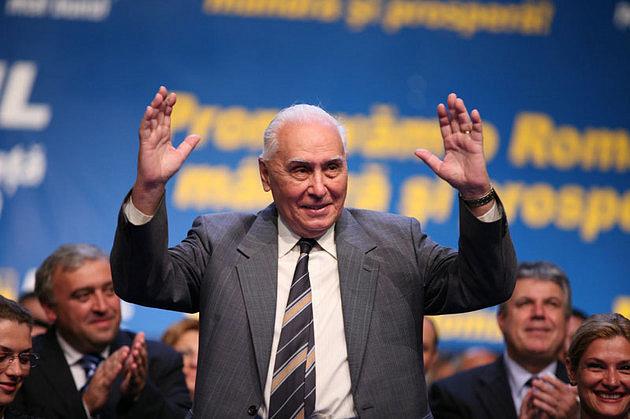 Radu Campeanu, the first president of Romania’s National Liberal Party (PNL) after the 1989 Revolution died on Wednesday, October 19, at age 94.

Campeanu reestablished the National Liberal Party, one of Romania’s historical parties, in 1990 and ran for president in May 1990. He came second, with over 10% of the votes. Ion Iliescu was then elected President with over 85% of the votes.

Radu Campeanu was born on February 28, 1922 in Bucharest. He came from a family of landowners in Dambovita county, near Bucharest. He was one of the organizers of the last big anti-communist protest, in November 1945. Between 1947 and 1956, he was incarcerated as a political prisoner. After the communists released him, he left to Paris where he lived until 1990.

After his return to Romania, he played an active role on the local political scene in the first years after the Revolution. He was PNL’s president between March 1990 and February 1993. He was a senator in Romania’s Parliament between 1990 and 1992 and between 2004 and 2008.

He withdrew from politics in 2008.