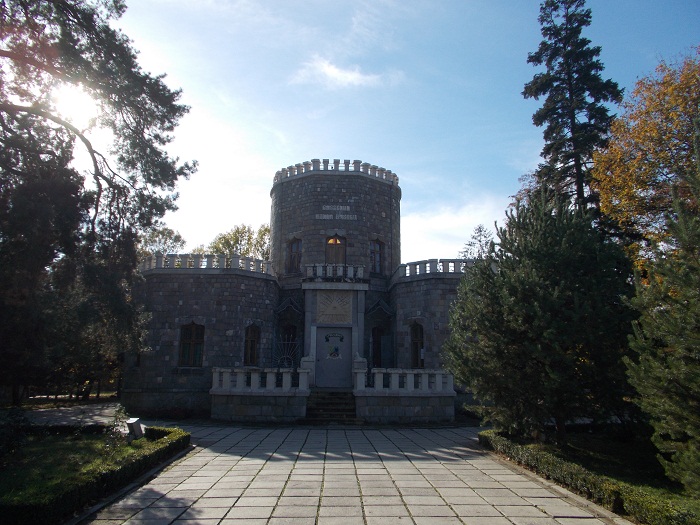 On one of the few remaining sunny Sundays this autumn I decided to visit a place full of mystery, poetry and a calm sadness. The location, the Iulia Hasdeu Castle, is in Campina, only 100 kilometers from Bucharest.

While driving from Bucharest to Campina I happily noticed the autumn colors, I smelt the fresh morning air and I saw how gray clouds were making room for a clear blue sky. What astonished me most was however something very pragmatic and very much debated in Romania: the road. At last, a good hiwghway (A3) where you can relax while driving. So, I arrived at the small subcarpathian town located on the Prahova valley in a very good mood. The road which was lately built between the E68 and the city of Campina is almost as good as any road in Europe. The city of Campina is nearby the city of Ploiesti, in Prahova county. Arriving at the castle is very easy because there are sign posts all over the town indicating where the most important touristic places in town are. And the castle I visited is not the only one: famous Romanian painter Nicolae Grigorescu’s memorial house is also in Campina. Grigorescu was one of the first founders of modern Romanian painting; he studied in Paris and was a follower of the Barbizon painting school. His paintings sell for high prices at art auctions in Romania these days.

Iulia Hasdeu's castle is something unique, special and with a strange beauty. The castle was built by historian and great Romanian intellectual Bogdan Petriceicu Hasdeu in 1893 like a folly, in the form of a small castle. It was raised by the dreadful sadness of the father who had lost his daughter, Iulia. She had many qualities, with a deep and consistent sensitivity, with an artistic way of feeling life. Iulia Hasdeu died at only 19 years. She left her father in an immense grief, but she also left a literary legacy.

This gray castle has a particular tale. It was not only about Hasdeu’s decision to build a huge monument for his late daughter, but also about the spiritualist sessions which allowed Hasdeu, all his life, periodical meetings with the spirit of his daughter. A lot of the castle's design, Hasdeu said, was made with guidance from Iulia’s spirit. The story is well know and triggered many comments about Hasdeu's state of mind.

Walking through the rooms of the castle it felt I passed through various moods. In the lobby I saw the delicate, dreamy young girl playing maybe Chopin’s “Nocturnes” and, after a moment sitting in the father’s desk office reading French poems near the porcelain oven. I could almost hear her soft, smooth voice talking with her little doll which now stays in a glass case. I could see the dreamy girl looking for a good book from the big and very valuable library of her father. I could feel the sadness of a 19th year’s old girl looking in a huge mirror and seeing a very slim and white face changed by her suffering. I could follow the steps of Hasdeu the father to his obscure room where for hours and hours he tried to contact the spirit of his beloved daughter. I could also hear the quiet, calm and sad Iulia, another Iulia, the mother - Hasdeu’s wife. I listened to the sound of the many clocks placed in every room, counting minutes and almost telling their own sad story. I could imagine Hasdeu sitting calmly in front of his window and watching the sun going down every evening, waiting patiently for his daughter's spirit to arrive.

Arriving in the interior temple of the castle, the crucifix and the gold red cupola carried me into another time and another space, between hidden mirrors into an afterlife world. I went out and I looked again on the outside door the Hasdeu family’s sign reading the two texts inlaid there “ e pour si move” and “pro fide and patria”. The door is sided by two stone thrones, where Iulia’s reincarnations, the twelve laws and the Pythagorean symbols (the pentagram and the seven circles) are sculpted. On each throne there was a female sphinx, guardian of the entrance. Above the door the Eye of the World looks at visitors, and on the loopholes I could read a date: July 2, the day when B.P. Hasdeu used to symbolically celebrate his two Iulias: his wife and his daughter. After coming down to the garden and sitting there, I smelt the fresh air and the grass, I looked how the sun rays were reflected in the orange-yellow leaves of the trees and my heart regained its rhythm. Then, I walked patiently in the garden, I greeted the dog watchers and I talked a little with a noisy raven who pride told me “ I knew that wonderful girl named Iulia and, if you want I can tell you her story” . I politely said “Thank you but maybe another time” and I went out. 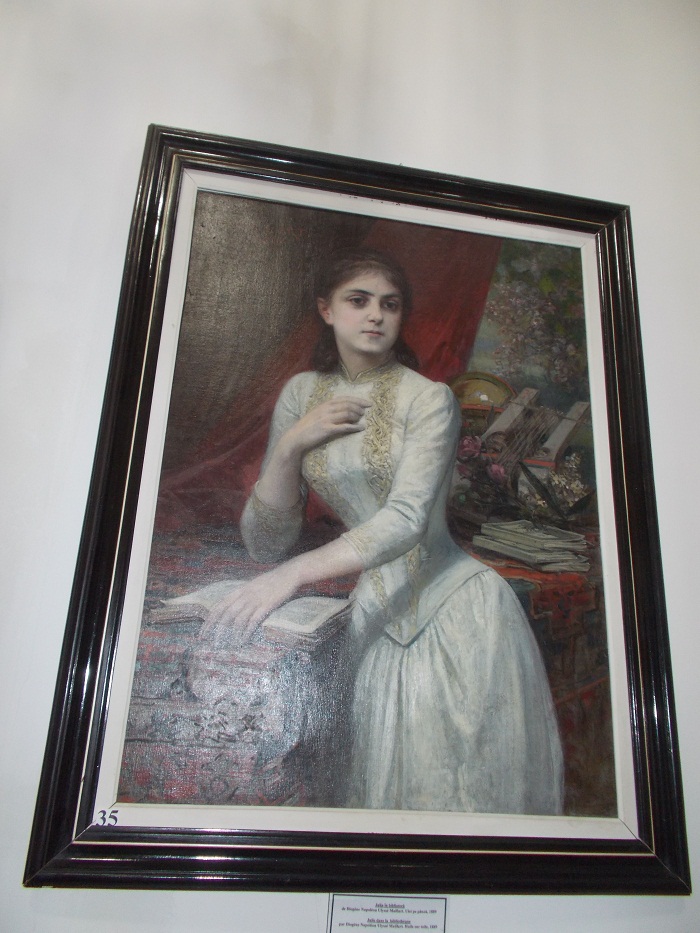 Iulia Hasdeu, the only descendant of the Hasdeu family, was born on 14th November 1869 and died on 17th September 1888 of tuberculosis. At the age of 11 she graduated the "St. Sava" Gymnasium and the Music Academy of Bucharest (piano and canto). As a pupil of the "Sévigné" College of Paris, where she continued her secondary school studies, Iulia aroused her teacher's admiration for her brilliant intelligence. She took private lessons in drawing, painting, piano playing and canto. She continuously wrote poems, prose and theater plays. At 16, she attended the Faculty of Letters and Philosophy at "La Sorbonne" in Paris. Meanwhile, Iulia attended courses at the School of Higher Studies in Paris. Her literary creation was to appear posthumously, under her father's careful watch, at "Hachette" Paris, in three volumes.

Bogdan Petriceicu Hasdeu (Tadeu Hijdeu), born on 23th February 1838 at Cristinesti, Hotin (currently in Ukraine), died in 1907 in Campina. He was an academic, linguist, folklorist, historians and politicians, one of the strongest characters in Romanian culture.

If you want to visit an amazing place full of inexplicable things, if you want to know more about the deepest of sorrows, if you want to understand how a father can survive only because his belief in the life of his daughter's spirit or if you want only to see a beautiful place in Romania, then visit the Iulia Hasdeu’s Castle !