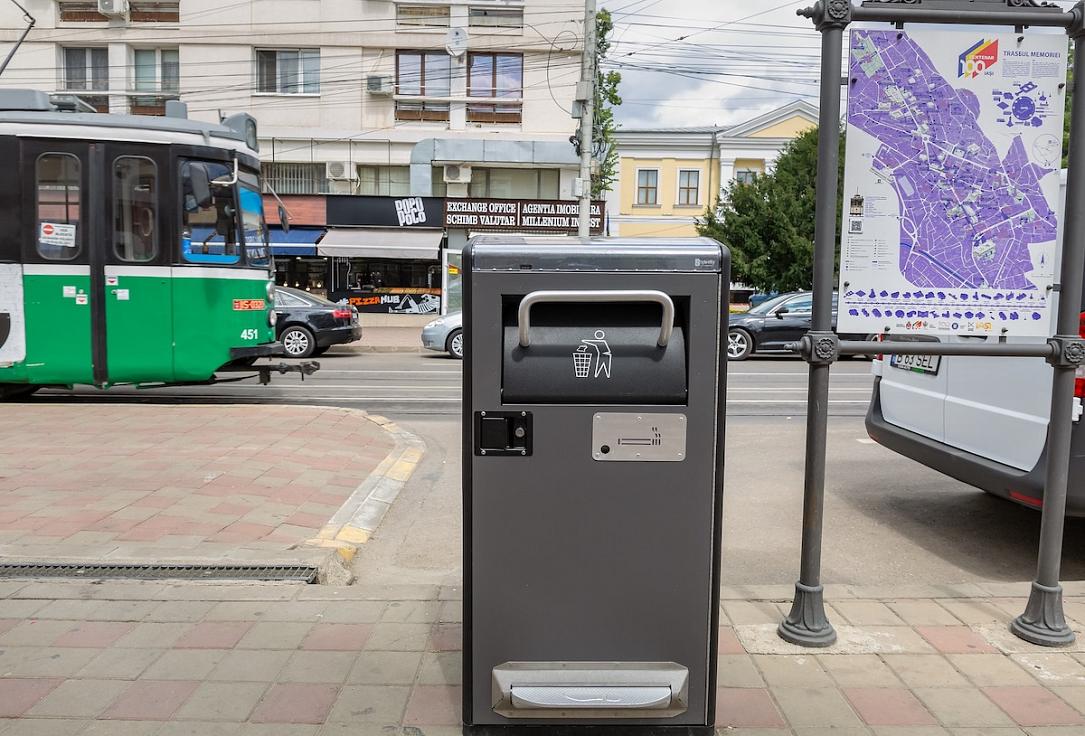 A total of 30 solar-powered smart waste bins, which contain sensors to monitor their fill levels, have been installed on the streets of Iasi, a university city in Eastern Romania.

The modern waste stations are powered by solar energy, have an intelligent monitoring system that detects the level of filling, crush down the rubbish, and are equipped with GPS and anti-theft system, Iasi mayor Mihai Chirica said on Facebook. Plus, the smart bins can also act as Wi-Fi hotspots, according to Stiri.tvr.ro.

“With their help, the sanitation system in Iasi joins that of cities such as London, New York, Paris or Prague, which successfully use these smart stations,” reads Mihai Chirica’s Facebook post.

The smart waste bins cost more than EUR 200,000, according to Stiri.tvr.ro, and they will be fully functional next week.