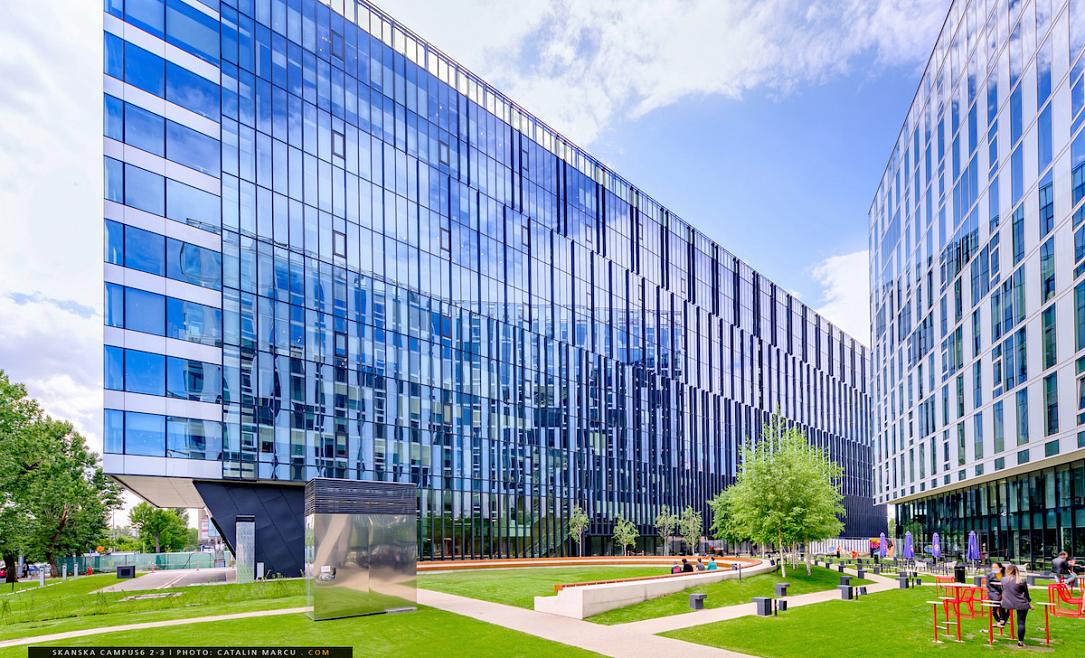 Skanska Romania, the Swedish developer building the Campus 6 project in the Politehnica area (western Bucharest), has started the authorization procedure for its third phase, for the Campus 6.4 building, Ziarul Financiar reported.

Skanska's next investments include the construction of building Campus 6.4, but also the second phase of the Equilibrium project in the Barbu Văcărescu area also in the Romanian capital city.

Separately, another future project of the Swedish developer will be built on the 26,000 sqm land bought in 2019 from Michael Topolinski in Bucureştii Noi neighbourhood (northwest Bucharest), in the area of the subway station Jiului.

A study by Skanska shows that the region of which Romania is part is moving towards a hybrid model: for half of the employees surveyed, the ideal type of work involves 3-4 days a week working in the office.