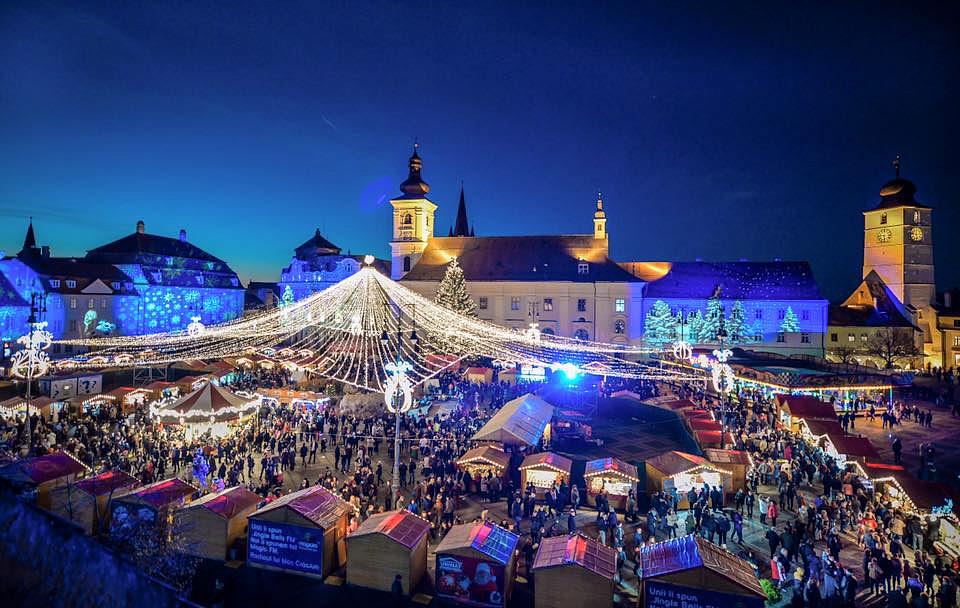 The eleventh edition of the Sibiu Christmas Fair, hosted by the central Romania city, opens on November 17, starting 19:00.

This year’s edition gathers over 90 exhibitors from Romania and abroad, the highest number in the fair’s history. The event will host numerous events for children. It will also feature a novel lighting concept, with large light projections on all the buildings in Piata Mare, making downtown Sibiu the shiniest in the country, the organizers said.

The first edition of the Sibiu Christmas Fair was held in 2007, when the city was holding the European Capital of Culture, alongside Luxembourg. The mayor of the city at the time was the current Romanian president Klaus Iohannis.

The first edition was put together by dr. Barbara Schöfnagel, a social attaché of the Austrian Embassy in Bucharest and the Sibiu City Hall. It was a pilot one, as the tradition of these types of events was inexistent in the country. The fair started with 38 stalls set up in Piata Mica, and grew in time to host 80 stalls in Piata Mare.

The fair includes attractions such as The Santa Claus Workshop, visited each year by over 3,000 children, or The Santa Claus Park, an entertainment park for children featuring a merry-go-round especially built for the event. Many Sibiu city-break offers are built around the event as well.