Romania’s largest religious pilgrimage: Believers will have one week to pray at St. Parascheva’s relics in Iasi 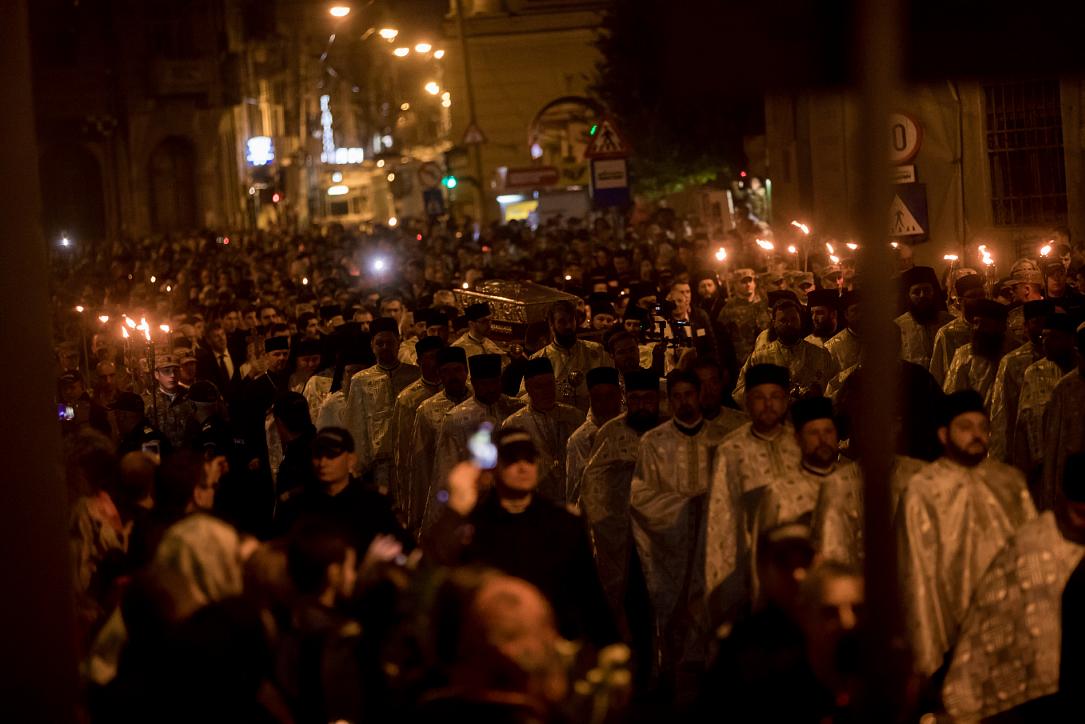 The largest religious pilgrimage in Romania will take place in October when tens of thousands of people are expected to gather in the eastern Romania city of Iasi to pray at the relics of Saint Parascheva. And, given the current epidemiological context and the COVID-19 prevention rules, the believers will have one week to pray at the Saint's relics (instead of three days in previous years), according to Mediafax.

Saint Parascheva's relics will be taken out of the Metropolitan Cathedral and placed in the courtyard of the cathedral on October 8 and will remain there until October 15, according to the Archdiocese of Iasi.

The religious procession called the Saints' Way, where the reliquary with the relics of St. Parascheva is carried by priests on the streets of Iasi, will also be different this year, to avoid the formation of large crowds of believers. The relics will be carried by car on the important streets of all the city's neighborhoods so that people can also watch the procession from their windows and balconies.

Those who will come to pray at the relics of Saint Parascheva at the Metropolitan Church will have to use different entry and exit routes. There will also be masks, dispensers with hand sanitizer, and disinfectant mats.

Only a limited number of believers will be allowed to attend the religious service on October 14 - the feast day of Saint Parascheva.

People go to the cathedral in Iasi every year around October 14, to pray at the relics of Saint Parascheva, which they believe have miraculous powers. They usually spend hours in queues that can span over several kilometers.