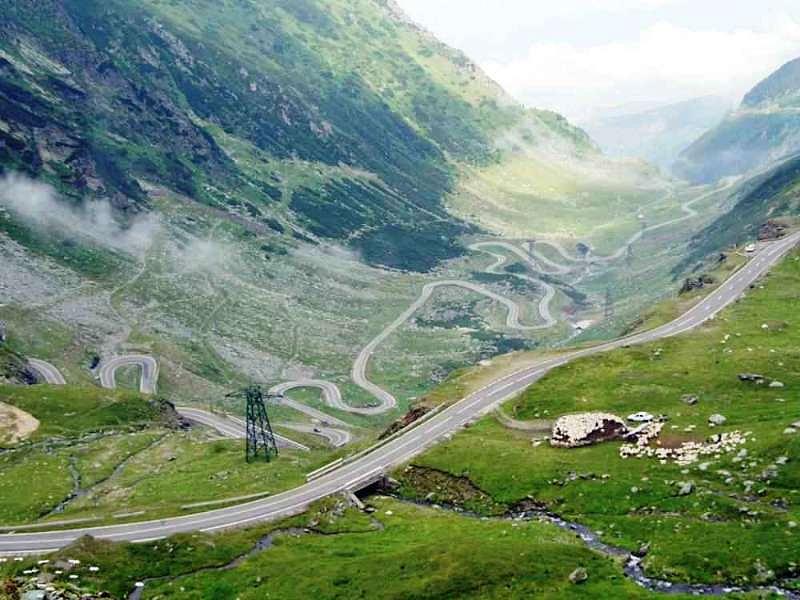 The beautiful road reopened for summer traffic on Friday, June 16, earlier than in previous years. The mountain road usually reopens in the beginning of July.

The sector between Balea Cascada and Piscu Negru will remain closed for traffic overnight, from 21:00 to 07:00, “due to low visibility (fog) and unforeseen meteorological phenomena that may endanger the safety of traffic participants,” according to a statement from Romania’s highways company CNAIR.

The national road DN 7C – Transfagarasan, which links Sibiu and Arges counties, closes down annually between November 1 and July 1 on the section between the km 104 (Piscu Negru) and the km 131 (Balea Cascada).

The Transfagarasan road was built on the orders of Communist era dictator Nicolae Ceausescu between 1970 and 1974 to ensure a military strategic route through the mountains. It has a length of 90 km and reaches an altitude of 2,040 m.  It includes Romania’s longest road tunnel (887 meters).

The road became famous worldwide after the famous British auto show Top Gear filmed an episode on it in 2009. Since then, the road has been used as a setup for international TV shows and TV commercials.

Romania’s other high-altitude road, Transalpina, which offers amazing views, reopened for traffic at the end of May.