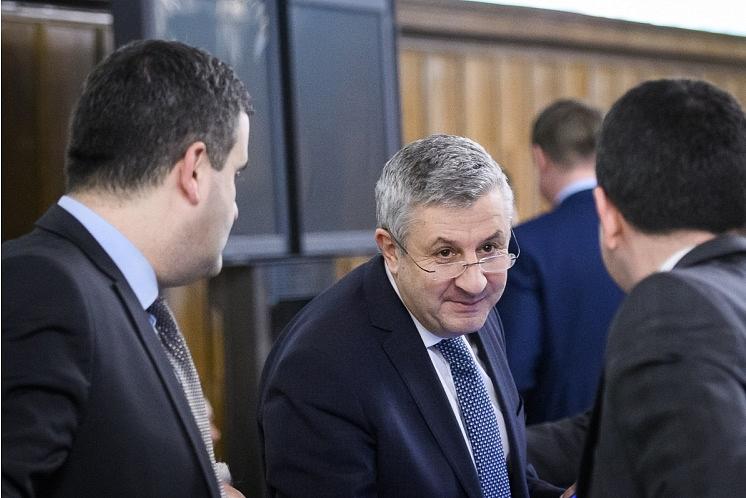 Romania’s Government approved on Tuesday evening several important changes to the criminal law via emergency ordinance. The cabinet led by Sorin Grindeanu met to approve the 2017 budget project, at 19:40, and unexpectedly introduced this ordinance on the meeting’s agenda and adopted it. The final text of the emergency ordinance wasn't made public before the Government meeting.

Update: The Government's emergency ordinance was published in the Official Gazette around 1:00 AM on Wednesday morning. The website crashed due to the high number of visitors. The ordinance states that the changes come into force in ten days.

The initial emergency ordinance draft published by the Justice Ministry on January 18 included several important changes to the criminal law. It redefined the abuse of power and conflict of interest charges partially decriminalizing them.

Justice minister Florin Iordache said after the cabinet meeting that the ordinance included some of the observations received in the last two weeks. For example, investigating a public official for abuse of power won't be conditioned by the existence of a complaint from the damaged side, as the initial draft provided. However, the Government maintained the RON 200,000 (EUR 44,400) limit for abuse of power to become a criminal offence, Iordache said.

This means that public officials who cause damages under RON 200,000 won't be prosecuted. The ordinance also applies to the ongoing investigations and even to the cases already sent to court.

The ordinance, which comes into force the moment it is published in the Official Gazette, will likely help top politicians such as the Social Democratic Party (PSD) leader Liviu Dragnea, former interior minister Gabriel Oprea, and former transport minister Dan Sova, who have been sent to court by the National Anticorruption Directorate (DNA) for abuse of power, according to local Hotnews.ro.

Justice minister Florin Iordache was repeatedly asked by the journalists if the ordinance helped his party leader Liviu Dragnea solve his justice problems, but he avoided a direct answer and said that the ordinance was not adopted to help one person or another but because the Constitutional Court ruled that some provisions included in the criminal law were unconstitutional. However, as the General Prosecutor pointed out, the changes brought by the Government to the criminal law far exceeded the Constitutional Court's recommendations.

The ordinance will likely impact more than 2,100 abuse of office cases currently investigated by the anticorruption prosecutors, according to DNA. Between 2014 and 2016, some 1,171 people and 34 legal entities have been sent to court on abuse of power charges. The total damages in these cases amount to over EUR 1 billion.

The Government also decided on Tuesday to let the Parliament decide on the other project, which aims to pardon thousands of convicts.

The Government was expected to approve the Penal Code changes by emergency ordinance but in the Wednesday meeting. New protests were also expected to take place in Bucharest on Wednesday.

However, after the justice minister announced the approval of the ordinance, people started gathering in Bucharest's Victoriei Square, in front of the Government building.

President Klaus Iohannis reacted to the Government's decision saying that justice enemies have dealt a powerful blow to the rule of law in Romania.

Here's a chronology of the events and reactions that have preceded the Government's decision to change the Penal Code:

January 25: EC will continue to monitor Romania’s justice reform under the CVM until process irreversible; Senate president: Romania should pull out from CVM