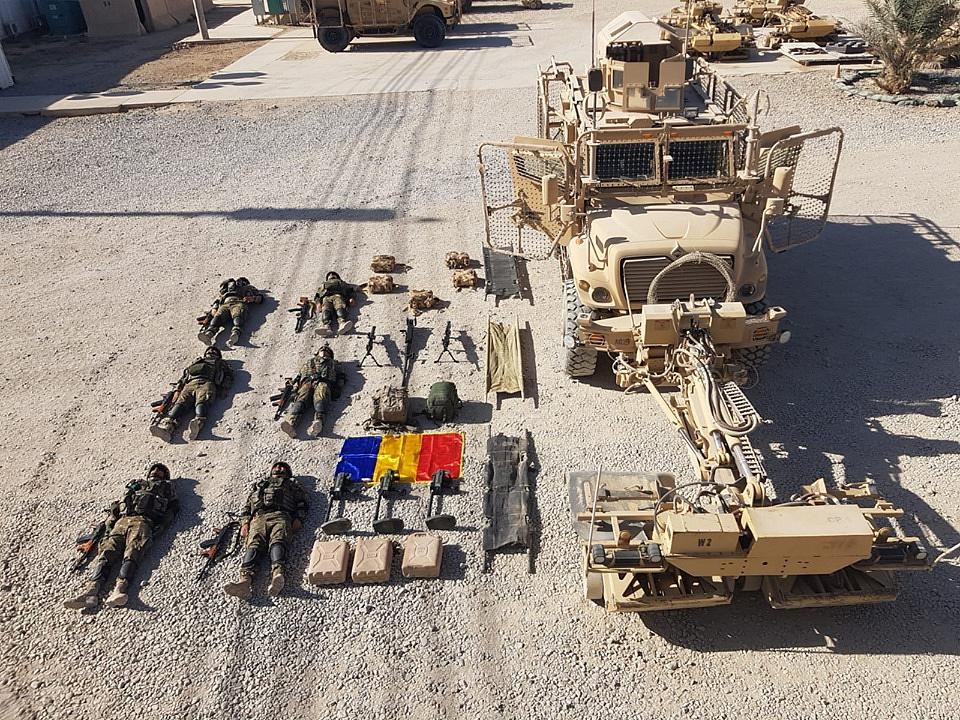 A group of Romanian soldiers from Afghanistan and the Inspectorate for Emergency Situations (ISU) in Arad, in Western Romania, have decided to join the viral ‘Tetris Challenge’ and pose with their equipment for aerial photos.

The Romanian Ministry of Defense shared on Tuesday, on its Facebook page, the photo of the six Romanian soldiers and their equipment. The photo is accompanied by the message: “In the theater of operations we are constantly on alert, but we also need moments of relaxation. Our colleagues in Afghanistan accepted the #tetrischallenge and this is what they did. PS: They also asked us to pass on the challenge to the Romanian firefighters.”

The Inspectorate for Emergency Situations in Arad accepted the challenge and shared their #tetrischallenge photo on Facebook on Wednesday, September 18, with the message “We’re preparing a new mission, but you’ll find out more about it tomorrow, as today we took the opportunity to respond to a challenge. We are ISU ARAD, we can deal with any challenge, the Tetris Challenge.”

The #tetrischallenge started from Switzerland and spread to other countries fast, with police, fire and ambulance departments in the Netherlands, Hungary, Austria, Germany, Singapore or Taiwan posing for the challenge so far, according to The Guardian.