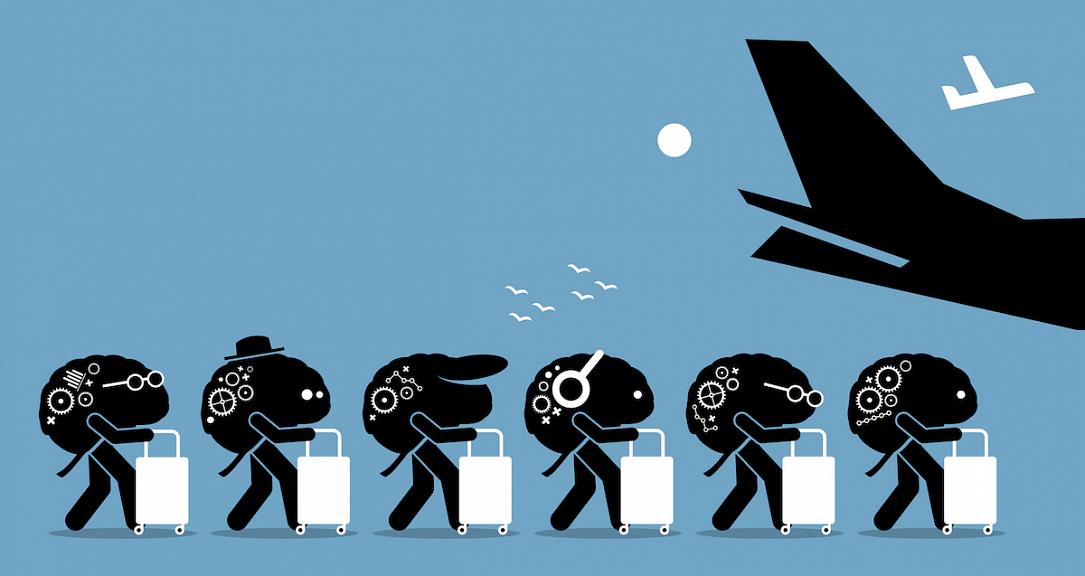 Almost two in five (40%) of Romanians with higher education live abroad, according to a new World Bank study that analyzes the effects of migration and brain drain on economies in Europe and Central Asia.

According to the same report, 3.6 million Romanians, or 18.2% of the country’s population, are living abroad.

The latest population census in Romania carried out in 2011 revealed that of a stable (resident) population of 20.1 million (as of October 2011), about 2.52 million people had higher education (14.4% of the population over 10 years old, which was 17.5 million, according to INS data). Meanwhile, the resident population has continued to decline, reaching 19.4 million at the beginning of January 2019, according to INS estimates.

Migration and brain drain, a problem across the region

“Migration raises concerns of ‘brain drain’ of skilled-labor from countries of origin, as people with more education tend to emigrate more often around the region. Statistics show that 55% of people with higher education from Bosnia and Herzegovina live abroad, and this figure is over 40% of the educated populations of Armenians and Latvians, and close to 40% for Albania, Moldova, North Macedonia, the Kyrgyz Republic, Kazakhstan, Romania, and Tajikistan,” according to the World Bank report.

Various factors drive the brain drain from these countries. In addition to higher wages, they include opportunities for professional advancement and training, a better future for family members (such as educational opportunities for children), and better living and working conditions.

Although the mobility of high-skilled professionals generates gains, extensive and sustained emigration is likely to have long-term negative effects on origin countries. Brain drain is often the symptom, not the cause, of an underperforming economy, however, according to the World Bank.

“The cost of brain drain arises from the loss of productivity spillovers and important public services - such as health care and education - that workers with higher education would have generated in their own countries had they not emigrated. In many cases, governments find themselves without good policy options for reversing the tide,” reads the WB report.

What are the solutions to reduce brain drain?

Lower-income countries cannot influence pull factors originating in high-income countries, but they can diminish the strength of push factors, according to the World Bank. “The first step is to increase the attractiveness of the home country, by increasing the competitiveness of wages and productivity in critical high-skilled occupations. Many high-skilled people work in the public sector. It is therefore important to improve meritocracy and reduce red tape and cronyism in public employment.”

Private sector development and job creation need to complement public sector reforms. “Private enterprises employ the majority of high-skilled professionals in most middle- and upper-middle-income countries (although public sector employment is important in critical occupations such as healthcare). Without private-sector job creation, especially in knowledge-intensive sectors with productivity spillovers, high-skilled professionals will continue to emigrate. Foreign direct investment (FDI) could play an important role, by both increasing the employment of high-skilled workers and providing technology and capital. Policies to attract FDI in high-skilled intensive sectors should thus complement other policies to reduce brain drain.”

Other solutions would be to tax university graduates who leave the country, if they benefitted from free education provided by the state, but this is a tricky solution that can backfire, according to the World Bank.

"Education policies need to be designed with emigration issues in mind, especially in smaller European countries, from which millions of people migrate, because of both mismatch and quality challenges in origin countries’ labor markets. Long-term workforce planning is almost nonexistent, and coordination between education institutions and private sector employers is limited."