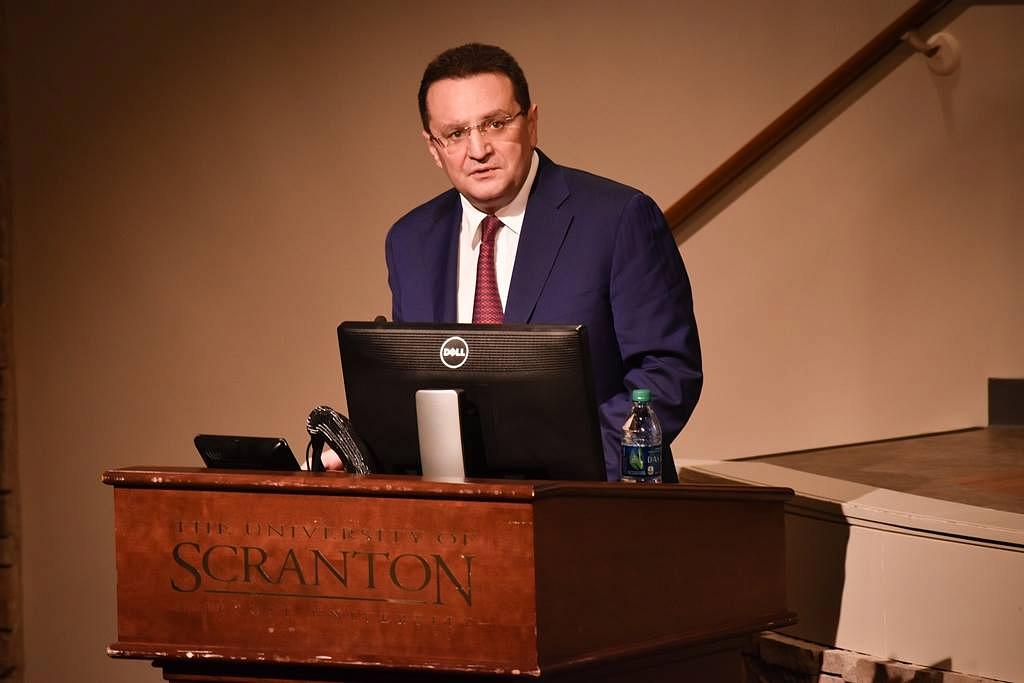 Romania’s ambassador to U.S. George Maior, a former director of the Romanian Intelligence Service (SRI), said on Monday that the letter former New York mayor Rudolph Giuliani sent to Romanian president Klaus Iohannis and other Romanian officials is the result of a lobby campaign by people in Romania that have had problems with the law in the past.

“Mr. Giuliani is a sparkling and combative character in the discussions in U.S. I don’t know if he’s Mr. Trump’s lawyer anymore, but he’s the expression of a lobby initiated by some forces interested in defending characters in our country that have had problems with the law,” George Maior said at the Romanian diplomats’ yearly meeting, according to local G4Media.ro.

"We ensure our international partners that Romania's Government and the governing coalition have the necessary political will to guarantee the correct functioning of the rule of law, respecting fundamental rights and liberties, for the development of a genuine democracy and combatting harmful phenomenons such as corruption," reads the Foreign Affairs Ministry's statement.

Rudolph Giuliani sent a letter to president Klaus Iohannis and other Romanian top officials saying that the excesses of the National Anticorruption Directorate (DNA) during the mandate of former chief prosecutor Laura Codruta Kovesi and the secret protocols between prosecuting bodies and the Romanian Intelligence Service (SRI) have undermined the rule of law in Romania. He also suggested an amnesty for suspect investigations and convictions based on these protocols.

Giuliani’s letter comes days after former director of the U.S. Federal Bureau of Investigation (FBI) Louis Freeh recommended five measures to “fix rule of law in Romania”, which included relief for individuals who have been convicted without due process with insufficient or unlawful evidence or under the protocols of conflicted judges. Freeh is now a consultant, including advising a Romanian defendant contesting his conviction by Romania’s DNA anti-corruption agency, according to Forbes magazine.

The positions expressed by Giuliani and Freeh are different compared to the official positions of the U.S. State Department and U.S. Embassy to Bucharest, which have always shown support to the National Anticorruption Directorate’s activity in combatting corruption. The U.S. State Department also urged the Romanian Parliament last year not to take any measures that would undermine the fight against corruption in Romania.

The ruling coalition in Romania, made of the Social Democratic Party (PSD) led by Liviu Dragnea and the Alliance of Liberals and Democrats for Europe (ALDE), led by former prime minister Calin Popescu-Tariceanu, have passed several important changes to the justice laws and criminal codes in recent months. The legislation changes took some of the prosecutors’ powers and gave more rights to suspects. The ruling coalition claimed these changes were necessary to eliminate the abuses in the local justice system determined by the so-called “shadow state”, an informal structure that allegedly includes members of local power institutions such as the SRI and DNA.

President Klaus Iohannis, local opposition parties and civic groups as well as Romania’s foreign partners expressed worries that the changes decided by the ruling coalition may place the judiciary under political control and make the fight against corruption ineffective, to the benefit of some important politicians who have been investigated or convicted for corruption, including PSD leader Liviu Dragnea.

(Photo source: Romanian Embassy to US)