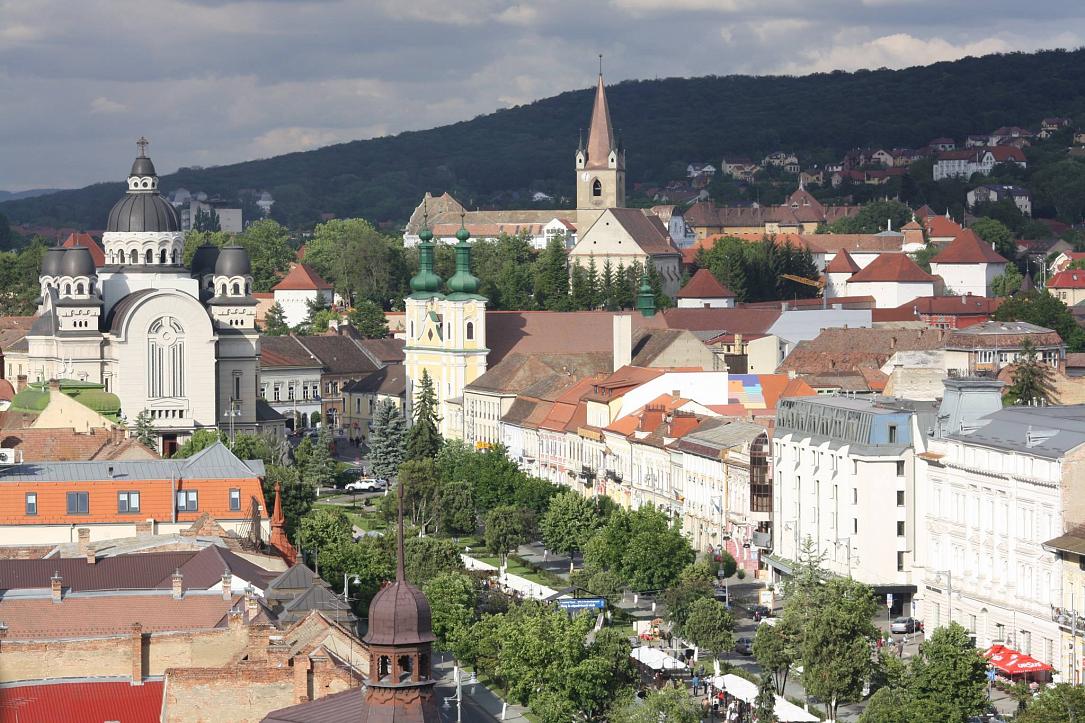 Among the many beautiful cities in Transylvania that do not have a high tourist profile, Târgu Mureș takes up a top spot. Close enough for a day trip from Brașov or Cluj-Napoca, it has its own share of tourist attractions and can also be a good place to explore the Székely Land.

A beautiful Palace of Culture

The city’s Palace of Culture is an unmissable landmark while visiting. It was built between 1911 and 1913 at the request of mayor György Bernády. On the outside, the building is embellished with Secession-style mosaics, frescoes and stained glass, making it a stand-out attraction. Its Concert Hall rises on three levels of the building, while the impressive Mirrors Hall hosts 12 beautiful stained glasses, made in Róth Miksa’s studio in 1913.

The palace hosts today galleries of Romanian and Hungarian Art, the Târgu Mureș Philharmonic, and the county library. The offer of exhibitions at the palace is listed here. At the end of this month, the building will host the second edition of the Ball of the Palace, an event meant to bring back the glamour of the old-time social gatherings.

The city’s Square of the Roses can be a good point to explore many of the beautiful buildings around. Some of the landmark ones are the Prefecture Building, the Banyai House, the Arches House, the Synagogue, or the Small Cathedral, modeled after St. Peter's Basilica in Rome.

Get a feel of the past at the citadel

The town’s first fortification was erected in 1492 but, after it was destroyed, a new one was built in between 1602 and 1652. Five of its initial seven bastion were built by the guilds of the town: the tanners, the tailors, the butchers, the blacksmiths, and the coopers. The bastions have three or four levels, connected on the inside through wooden stairs. 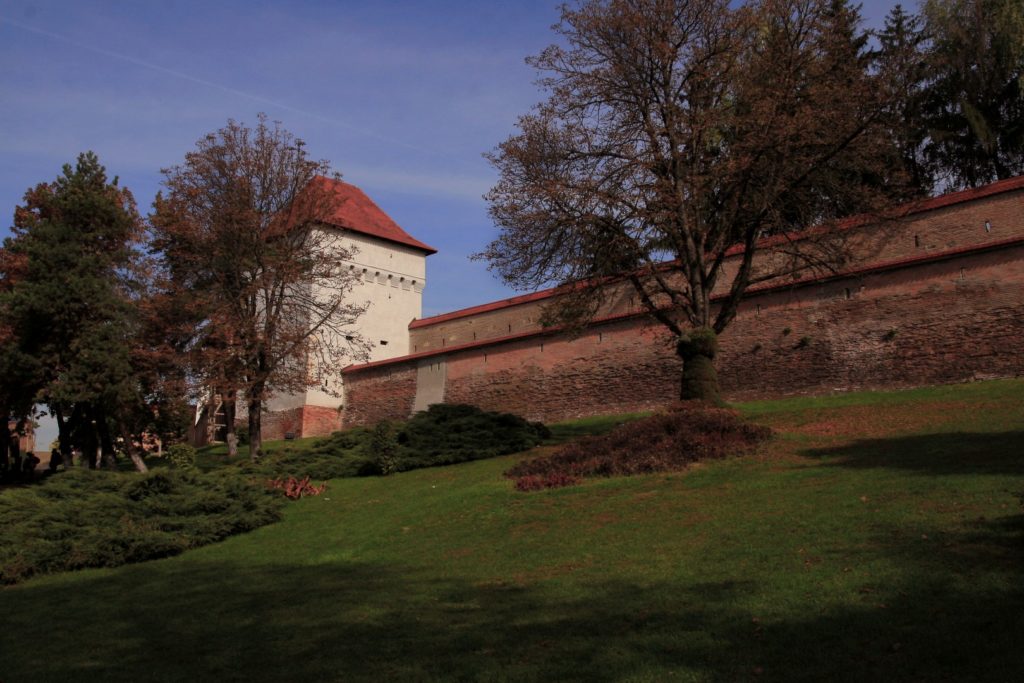 The citadel, which spreads on 4.3 hectares, is home to the city’s Archaeology and History Museum. Today, it regularly hosts events, such as the city days or the Beer Festival and the Wine Celebration. A calendar of the events in the citadel is available here.

One of the oldest libraries in Transylvania 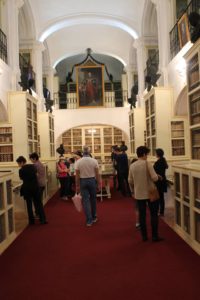 The Teleki-Bolyai Library in the city was built between 1799 and 1804, at the initiative of count Teleki Samuel, the founder of the library. Teleki collected systematically for six decades and bought books from 25 European towns. The library’s extensive collection includes many volumes in Latin, Ancient Greek, German, French and Hungarian. Beside two editions of the French Encyclopedia, the library has 52 incunabula (books printed during the earliest period of typography), unique copies, rare prints, and editio princeps volumes. Visitors will find here illuminated atlases, maps and albums as well as volumes illustrated by artists such as Hans Holbein the younger, Rubens, Lucas Cranach, Bernard Picard and Dürer.

Housed in the Toldalagi Palace, the city’s Ethnographic Museum has collections of textiles, wooden items, ceramics, icons but also contemporary creations, from all the Mureș ethnographic areas. 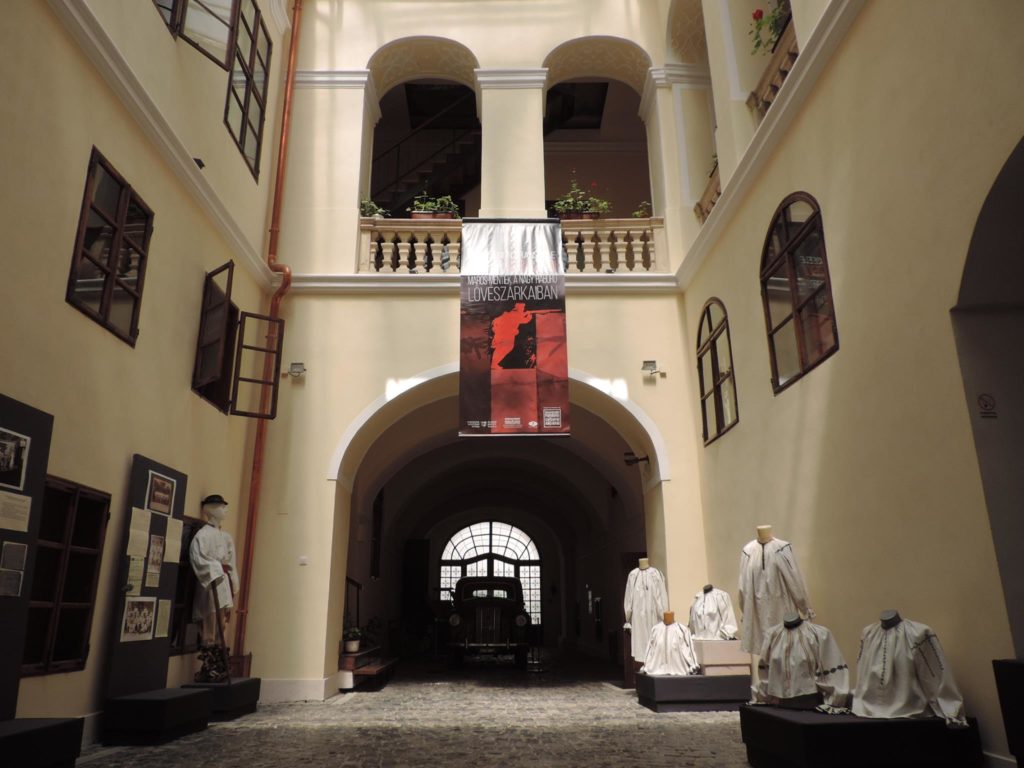 A permanent exhibition dedicated to the old fairs that used to take place in the land of Mureș is also open there. The exhibition covers the merchandise sold at fairs, the entertainment showcased at the events, and a wealth of traditional wear illustrating this multicultural area.

The Toldalagi Palace, dating back to the 18th century, is the first noblemen’s palace built in the city. The beautiful baroque edifice was built in between 1759 and 1772 by count Toldalagi László and his wife, close to the Franciscan monastery.

A different museum in the city is the one dedicated to the history of the butcher’s job. The butchers’ guild was one of the oldest in the city, recognized as far back as the 15th century. During the first half of the 17th century, its members added their bastion to the town’s medieval citadel. Now, a small museum set up by local meat products business Petry, which also runs a restaurant, showcases the history of the trade and of the Petry family, as well as various items used in time in the trade. More on it here.

For a sightseeing break, the city has many nice cafes, among them the international Café Frei and the local Atelierul de Cafea or Crown Coffee, which also leaves on its doorsteps food for those who need it and cannot afford it. Besides the theater and philharmonic seasons, the city hosts film festivals and local editions of events such as the White Night of Galleries or of Museums. Among the upcoming events this fall is a parade of retro cars, scheduled for October 20. In the eastern part of Târgu Mureș, the Corneşti plateau hosts the city’s zoo, one of the largest in the country.

The Palace of Culture in Târgu Mureș
Slideshow 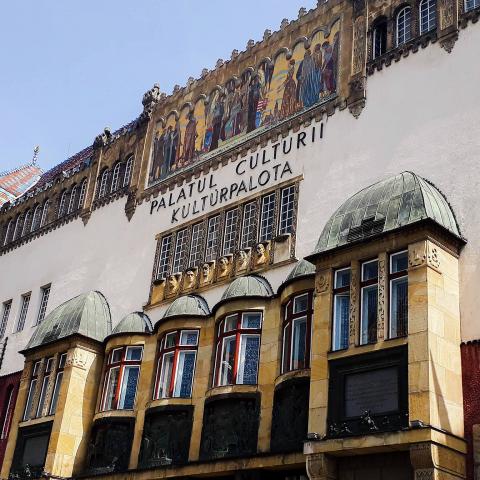 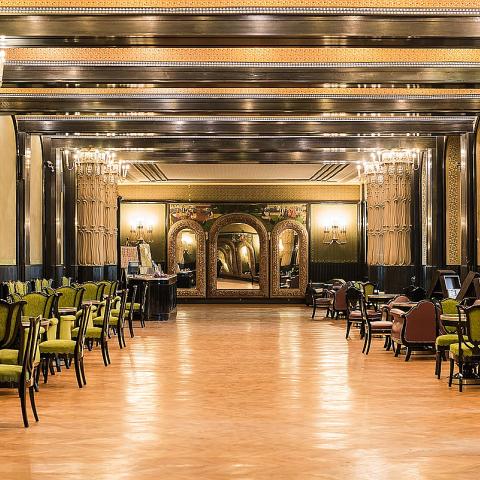 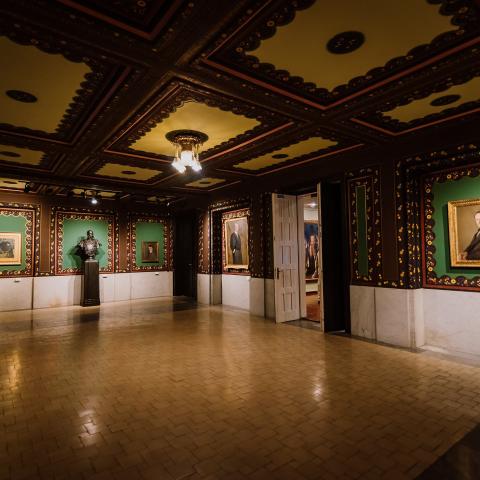 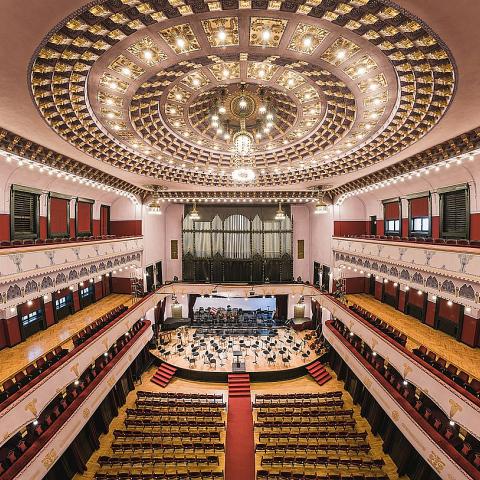 Normal
The Palace of Culture in Târgu Mureș
Slideshow

Normal
The Palace of Culture in Târgu Mureș
Slideshow