The town of Făgăraș, in central Romania, has one of the best preserved fortresses in the country. It can be a good base for exploring the surrounding sites or the wider Land of Făgăraș (Țara Făgărașului).

The Făgăraș Fortress is the town’s top tourist attraction. Its construction started in the 14th century and various additions and alterations followed up until the 17th century. In time, it served as a prison, barrack and as the headquarters of the episcopate of the Romanian Church United with Rome. It was the residence of Transylvania princess and an administrative center of the medieval Făgăraș area. 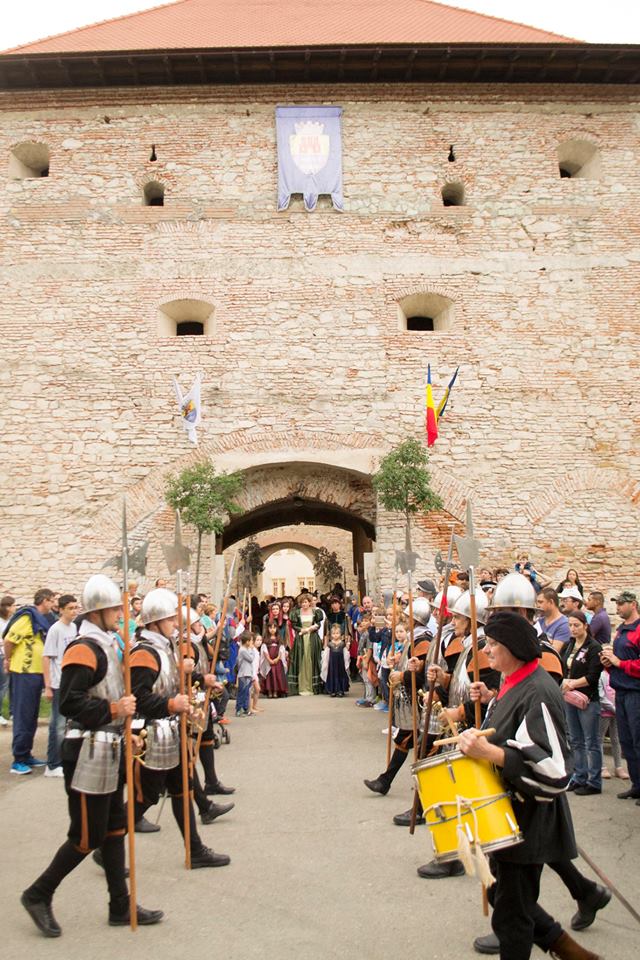 The fortress’ history is also linked to prince Mihai Viteazul, who realized the first unification of the Romanian provinces. He gifted the fortress and its land to his wife, Doamna Stanca, and his family had a residence there. Princes Gabriel Bethlen and Gheorghe Rackozi I also made important works to the fortress. And it was also here that Zsuzsanna Lorántffy, the wife of Rackozi I, established a Romanian-language school in 1657.

Closer to our time, the fortress was a political prison for the opponents of the communist regime, up until 1960. The Făgăraș Mountains were a hiding place for the anticommunist resistance during the 1950s.

On Saturdays and Sundays, visitors of the the Făgăraș Fortress can see the changing of the guard, while during warmer months, they can also see the swans on the water moat surrounding the fortress.

The fortress hosts the Valer Literat Museum of the Făgăraş Land, which has a collection covering the history of the area and of the local guilds. It has rooms dedicated to religious art, weaponry, ceramics as well as the Virgil Fulicea Sculpture Gallery. 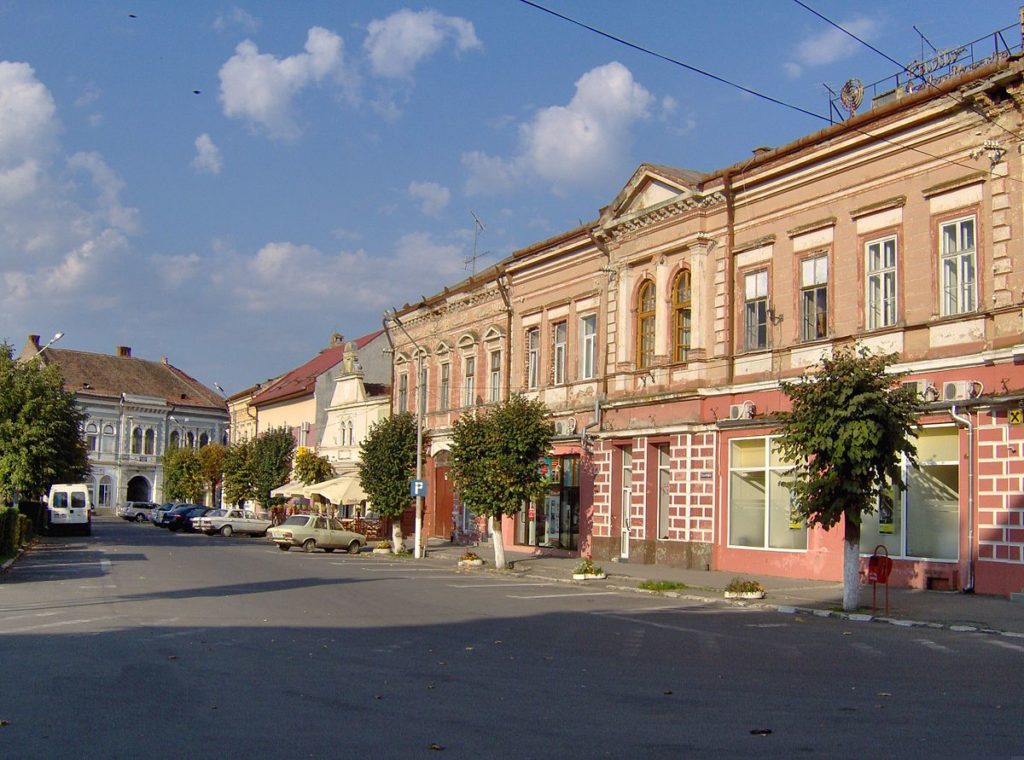 Snapshot of the old part of Făgăraș. Photo by Daniel Predoiu/ Wikipedia

The old part of Făgăraș has many examples of Saxon-influenced architecture. Some of the town’s other tourist attractions are the Evangelical Church, the Holy Trinity Church, and the Franciscan Church. The latter’s inner courtyard hosts two sundials, showing the time between 08:00 and 15:00.

Trout dishes are a highlight in the Land of Făgăraș, where there are many trout farms, some built before 1989. The coat of arms of Făgăraș actually features two fish, testimony to the historic fish trade in the area. A Făgăraș Trout Festival takes place in town mid-September.

The village of Dejani, some 20 km south of Făgăraș, hosts a trout farm that is said to have been a favorite of former dictator Nicolae Ceaușescu. A bit further away, at 39 km southeast of Făgăraș, is the trout farm in Albota, one of the best known in the area. Tourists can also find accommodation at the Râu Sadului Guesthouse or at the camping on site.

At a 20-minute drive from the town, the village of Șona is home to eight hillocks, known as the pyramids of Șona. The formations have given rise to several legends, involving Dacians, Celts or giants, but geologists explain that the hillocks, named “guruieţe”, were formed as a result of landslides that took place some 10,000 years ago. Further erosion contributed to their current look, and explain the differences in their height. For those who do get to the village of Șona, also the birthplace of Romanian painter Ștefan Câlția, the interesting landscape might prove worthy of an Instagram photo.

Explore the Saxon heritage of Cincșor

Făgăraș sits on the left bank of Olt River, and across it, 13 km away from the town is the Saxon village of Cincșor, with its centuries-old fortified church. In recent years, the village has started to capitalize on its tourism potential as the 1910 Evangelical School and the former parish house have been turned into charming guesthouses. The fortified church hosts concerts as part of the Muzici de Cincșor project.

The village of Sâmbăta de Jos, 15 km away from Făgăraș, is home to a horse farm established in 1874. The farm is known for its Lipizzan horses, taking their name from the stud farms near the village of Lipica, in today’s Slovenia. The farm offers horse-riding lessons and various equestrian shows. Also in Sâmbăta de Jos is a Brukenthal castle, besides the ones in Sibiu and Avrig. It cannot be visited, however, as it needs to be renovated.

The town of Făgăraș is located 67 km northwest of Brașov, taking the DN1/ E68. From Bucharest, it is an almost four-hour drive, via DN1/E60. A train ride from Bucharest to Făgăraș takes around four hours.