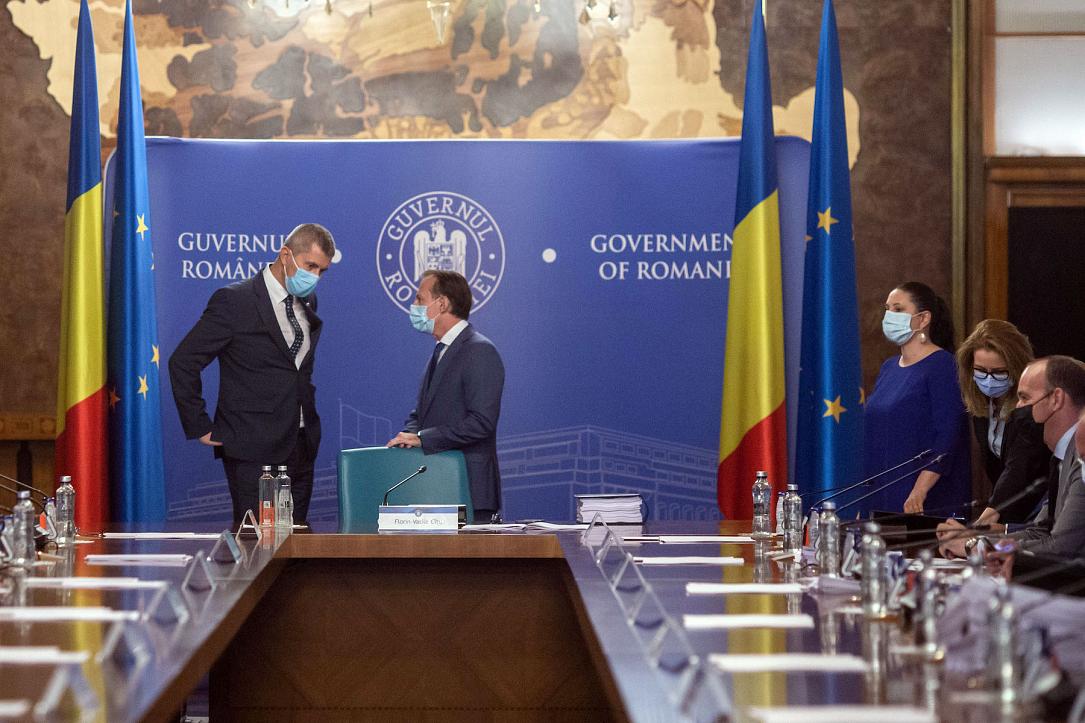 Strong divergences between the National Liberal Party (PNL) and the reformist party USR-PLUS on a RON 50 bln (EUR 10 bln) local development program financed by the Government have brought Romania’s center-right ruling coalition on the brink of a break for the second time this year.

The tensions escalated on Wednesday, September 1, when liberal prime minister Florin Citu wanted to have the EUR 10 bln program dubbed Anghel Saligni passed in the cabinet meeting. The PM reportedly wanted to introduce this point on the meeting’s agenda without taking into consideration the amendments proposed by USR-PLUS ministers, according to News.ro.

In response, USR-PLUS announced that its ministers wouldn’t participate in the Government meeting and the party’s leaders Dan Barna, who is also deputy prime minister, and Dacian Ciolos spoke again about the possibility to leave the ruling coalition. They accused PM Citu of breaching the coalition’s functioning protocol and called for a coalition meeting to discuss the divergences.

The investment program proposed by PM Florin Citu is similar to those carried out in previous years by the Social Democratic Party (PSD) and consist in distributing government funds to the local authorities (mayors) to finance infrastructure projects for the development of their communities. However, the previous two programs run by PSD raised criticism related to the discretionary distribution of funds and lack of transparency.

USR-PLUS leaders said they would not support a similar project without clear criteria for distributing the funds and control mechanisms on how the money is spent. The party asked for similar criteria as those for EU funds, according to G4Media.ro.

USR-PLUS also said that the program as supported by PM Citu is "thievery". "Romania's development can't be carried out with programs to enrich local barrons, inherited from Liviu Dragnea (former PSD leader - e.n.)," USR-PLUS said in a press release quoted by Hotnews.ro.

Meanwhile, PM Florin Citu wants to pass the program as soon as possible and doesn’t seem willing to accept his governing partners’ amendments. He even accused USR-PLUS of blackmail and said the program would pass as it is, according to G4Media.ro.

The debate comes at a critical moment for Citu, who competes for the leadership of the National Liberal Party (PNL) against incumbent leader Ludovic Orban. A swift adoption of the investment program could tilt the balance in Citu’s favor, as the party’s mayors have a strong say in the internal elections.

This is the second major conflict in the ruling coalition this year after the one generated by Citu’s unilateral decision to dismiss health minister Vlad Voiculescu (USR-PLUS) in April. At that moment, USR-PLUS folded and decided to continue as part of the Government.