Update: Romania’s center-right coalition reaches agreement on the next Government 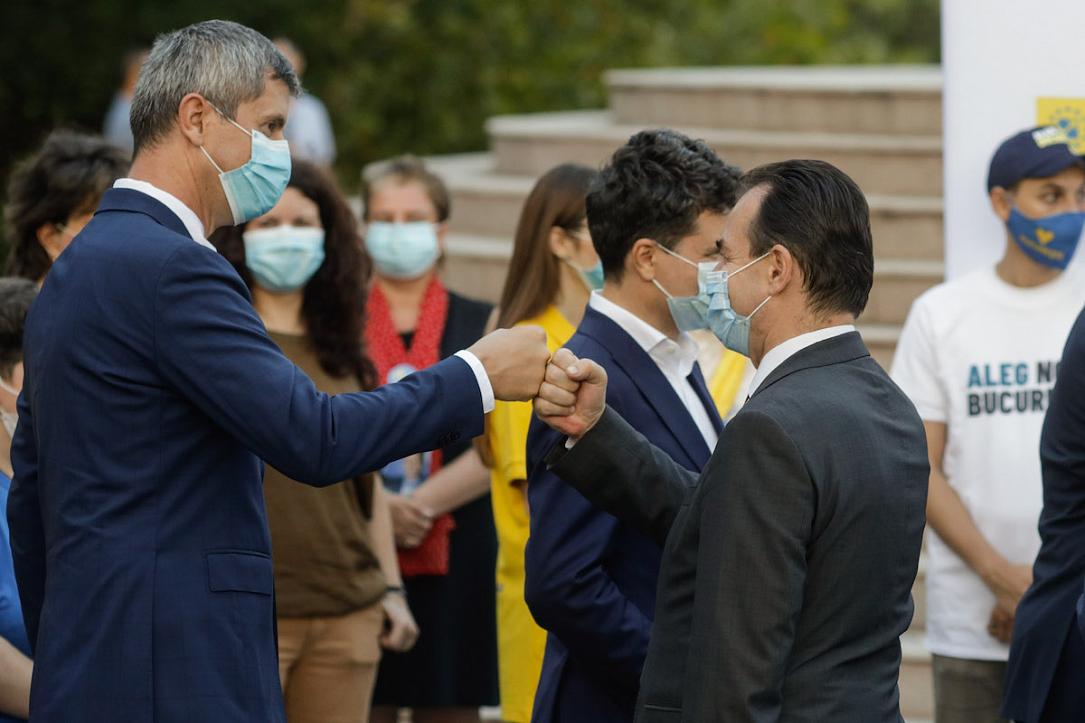 Update: The three political parties that will form Romania’s center-right ruling coalition after the December 6 elections – PNL, USR-PLUS, and UDMR -, have reached an agreement on the structure of the new Government after a new round of talks on Friday.

The leaders of the three parties - PNL’s Ludovic Orban, USR-PLUS co-presidents Dan Barna and Dacian Ciolos, and UDMR’s Kelemen Hunor – announced the agreement in a joint press conference. Next, they will present their prime minister proposal to president Klaus Iohannis, who will make the appointment.

The three parties have agreed to support finance minister Florin Citu for the prime minister position while Liberal leader Ludovic Orban will get the coalition’s endorsement for Chamber of Deputies speaker. USR-PLUS will name the head of the Senate.

The new Government will have two deputy prime ministers and 18 ministries, of which PNL will lead nine, USR-PLUS will have six, and UDMR – three.

The reformist alliance USR-PLUS will lead the Justice Ministry, Transport Ministry, Health Ministry, the new Ministry of Research, Innovation and Digitization, and the Ministry of Economy, Entrepreneurship and Tourism.

The three political parties that will form Romania’s center-right ruling coalition after the December 6 elections – PNL, USR-PLUS, and UDMR -, have advanced in the negotiations to make the new Government during a new round of talks on Friday, according to political sources quoted by the local media.

Thus, the three parties have agreed to support finance minister Florin Citu for the prime minister position while Liberal leader Ludovic Orban will get the coalition’s endorsement for Chamber of Deputies speaker, G4Media.ro reported.

Meanwhile, the leaders of the other two coalition parties, USR-PLUS co-president Dan Barna and UDMR president Kelemen Hunor, will both get deputy prime minister seats in the new Government.

The Liberals also made several important concessions to get the two top positions (PM and Chamber of Deputies speaker), giving away more than half of the minister positions to USR-PLUS and UDMR. Thus, PNL will lead eight ministries, USR-PLUS will have seven and UDMR will get three. The two deputy prime ministers (Barna and Kelemen) will also head two ministries.

As for the ministries each party will get, here the negotiations are still ongoing. The Liberals are looking to keep the portfolios of Defense, Interior, Foreign Affairs, Justice, Transports, EU Funds, Development, and Finance, according to News.ro.

However, USR-PLUS also wants to lead the Justice, Development or Finance Ministries. USR-PLUS will also get the Health, Education, Culture, Energy and Economy, Labor and Environment portfolios.

Meanwhile, UDMR could get Agriculture, Communications and Youth and Sports.

The Senate president position is also open to negotiation, with USR-PLUS having the highest chances of getting it for former finance minister Anca Dragu.

However, some Liberal leaders are reportedly unhappy with the outcome of the negotiations, arguing that their leader Ludovic Orban has given away too many portfolios to the coalition partners just to get the Chamber of Deputies speaker position, according to News.ro.

Romania’s new Parliament, elected on December 6, will have its first session on Monday, December 21. The MPs will be sworn in and will also elect the leading bodies of the two chambers.