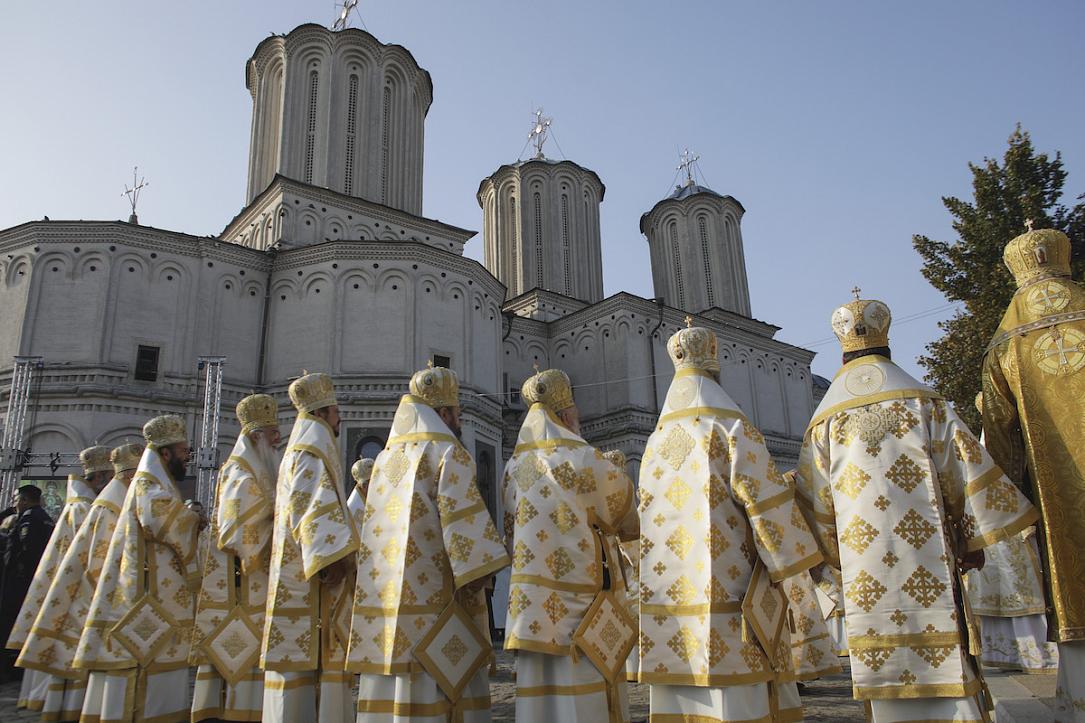 The Orthodox Church, one of the most trusted public institutions in Romania, has issued ten recommendations that it advises its believers to follow in voting their representatives in the Parliament at the general elections on December 6.

"The Romanian Orthodox Church encourages the participation of believers in the social life of the community, including by expressing the right and responsible vote for the election of its representatives in state legislative forums, while recommending consideration of the country's good and promoting Christian values in society," reads the Church's pastoral recommendation.

While the Holy Synod mentions that the Romanian Orthodox Church doesn't recommend supporting a certain political party or ideology, it urges citizens to "makes choices based on criteria aimed at achieving the country's good and promoting Christian values in society."

"In this sense, for the assessment of the candidates in this year's parliamentary elections, we recommend to our Church's believers the following ten guiding criteria:

I. showing faith in God and responsibility towards the community;

II. defense of religious freedom and support for the Church's spiritual and social activities;

III. respect for the human person and promoting the culture of life: promoting the traditional, natural family, made up of man and woman, meant to conceive other lives; implementation of policies against abortion, euthanasia, human embryo research, cloning;

V. defending and promoting the physical, mental, and moral/spiritual health of the Romanian people;

VII. defending and promoting the national cultural and spiritual heritage;

VIII. the protection of natural resources, protection of the environment, and development of agriculture, as bases of responsibility for the present and future generations;

IX. supporting the Romanian communities around Romania's borders and diaspora, as well as promoting projects to encourage Romanians to return to Romania;

X. defending and promoting with dignity the interests of the Romanian people, externally and internally."

While these recommendations don't seem to favor any political party in particular, they come in the context of recent tensions between the Orthodox Church and the Liberal Government of prime minister Ludovic Orban. The Church's representatives harshly criticized the Government's decision to ban pilgrimages in the context of the COVID-19 pandemic and accused the authorities of violating religious freedom.

Moreover, in his sermon on Saint Dimitrie the New day, patriarch Daniel, the head of the Romanian Orthodox Church, made a parallel between the authorities' decision to ban the largest pilgrimage in Bucharest and a similar decision taken by the Communist regime in October 1989, two months before the Romanian Revolution.

At the same time, the third recommendation - promoting the traditional, natural family, made up of man and woman – brings back on the public agenda the theme of banning same-sex marriages. In 2018, Romania organized a referendum for changing the Constitution and adding to the country's fundamental law an article against same-sex marriages. The Orthodox Church strongly promoted the referendum on "traditional family" as it was also called, but the poll was invalidated due to low turnout. While the (then ruling) Social Democratic Party (PSD) supported the referendum, other parties boycotted it. The most notable example is the progressist Save Romania Union (USR), which recommended its supporters to stay home.

The financing of the People's Cathedral in Bucharest also turned into a political dispute in recent years. While the PSD-led local administration allotted significant amounts for this project, USR opposed the allotment of funds to the church instead of other projects.

The electoral campaign for the December 6 general elections in Romania started on Friday, November 6.