Skip to main content
Daily News
Restaurant review: Readers Cafe, the place that's hiding, but which should not go unnoticed 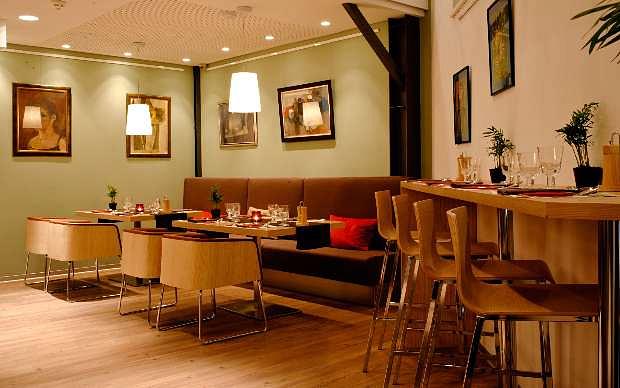 I had never been to the Readers Cafe before but, on my first visit, I spent about four hours there to make up for lost time. I wish I had discovered it earlier. Partially this was exactly because of the fact that many others did not seem to have discovered it, which makes it a nice quite place to eat, have coffee and meet friends.

This time I was there for business, meeting several business partners. In between everything, there was time to check out the menu, try out some things, and get a feel for the place.

Before we go into that, however, let me just say that this cafe/lounge/bistro is not where you'd expect it (not in the Old Town!). It is in an office building on Iancu de Hunedoara boulevard, close to Victoriei Square. You gotta love this building – it's called Metropolis, and years back when I was writing about real estate I was so impressed with it (I still am). It used to be a printing house, and the owners kept some elements of the former building in the new one – like the brick facade.

So Readers Cafe is inside this office building, a bit tucked away, like many good things are. But it is easily reachable as you enter the building, close to the entrance to the Mega Image.

The whole first floor is a non-smoking area, which is brilliant nowadays (and ever since I quit smoking a few years ago). It is nicely decorated and you will know what I mean when the waiter explains to you that you have to go through the circle of books to get to the bathroom! Now that's an experience!

Kudos for making the place feel so cozy, with nice couches and antique chairs, all in a glass office building.

I was amazed to see how many food options they have on the menu, most of which at reasonable prices. When I was invited there for a business meeting, I thought this was a cafe and we're going to drink coffees and tea, and eat some cookies. But boy, was I wrong!  When I arrived my business partners were already ordering food (it was between 11 and 16, when a lunch menu is also available, including soup!).

The salads were very good (ok, probably by now some food afficionados have already discarded me and this review for saying a salad can be very good. But I've had so many salads thrown into a bowl directly from the supermarket bag, sprinkled with some Parmesan and served at three times the price that I can definitely enjoy something well done)

Then the pasta – I've been recommended the Linguine al pesto, which a friend says are delicious, and very reasonably priced. On my next visit, I'll try those. The friend who tried it was happy with both the taste, and the size of the portion.

They even have sushi. That's a must try on my next visit. Sushi in a cafe in Romania? If you're curious, the whole menu is here.  Ah, and the wines, lots of wines on the menu.

So all that being said, I only have two negatives to add (one of which is, on second thought, a positive): why not put a bigger sign so that people know you're there, and why not call yourself something more than a 'cafe', since you're obviously much more than that, and doing a good job at it?

Ok, none of these are real negatives, and perhaps I should take them out completely (and even change the headline). This place should continue to be for insiders. 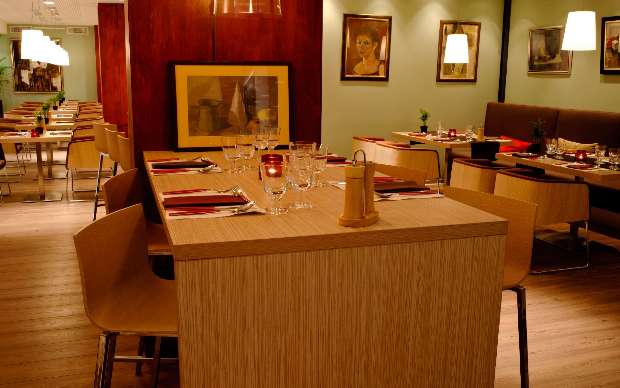 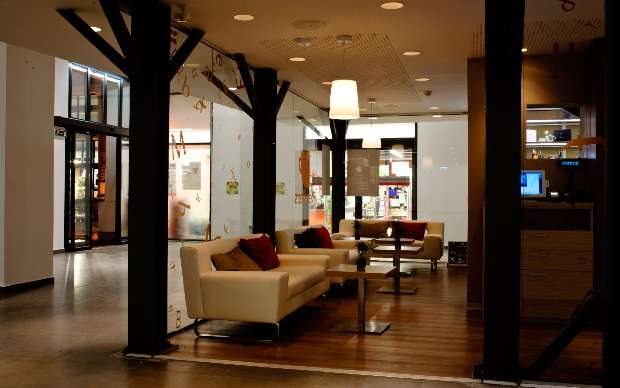