Re.flex: How a Romanian company is changing the way physical therapy is done 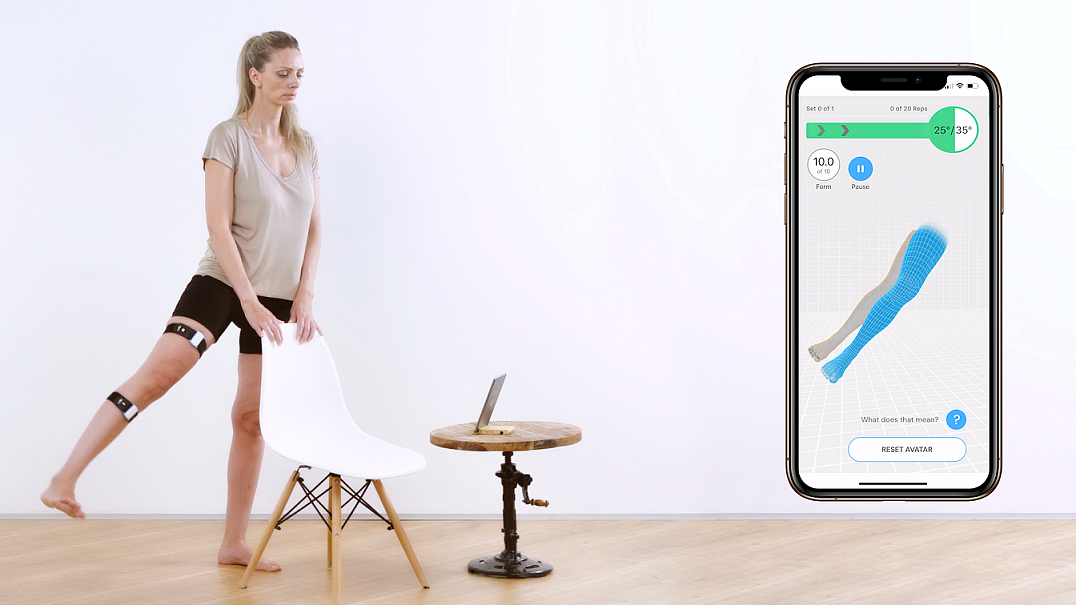 Romanian company Re.flex has developed a digital assistant for physical therapy, allowing users to perform rehabilitation exercise programs before or after knee and hip surgery anytime, anywhere. The company, which aims to extend the availability of physical therapy, has recently signed a partnership with orthosis-maker Sporlastic to take its solution to the German market, and has been working on expanding its product portfolio.

Camil Moldoveanu, the co-founder of Re.flex, knows the importance and benefits of physical therapy first-hand. A jiu-jitsu champion, he always had martial arts part of his life. In 2015, he was winning the European IBJJF jiu-jitsu championship - a cool victory, he calls it, but also one that meant a torn meniscus.

To recover, he turned to kinesiotherapy. He was advised on an eight-week program and told to do several exercises at home. They were easy ones, and he ended up doing only about two-three weeks of them, feeling they didn’t help and seeing little progress, he recalls. “They were very simple, probably so I wouldn’t get hurt as I had no guidance, and I stopped doing them.” It was a bad idea, he says, as later he needed surgery that could have been avoided with physical therapy. It was the first of two surgeries, as a second one followed last year. “Throughout this time, with the sport, the surgeries, I experienced first-hand what physical therapy is,” he explains. And what he saw he thought could be improved. 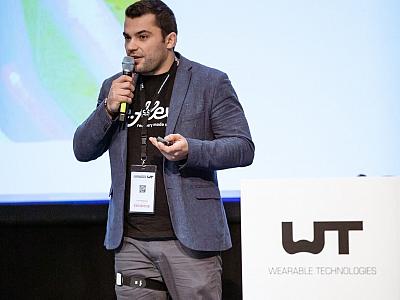 Moldoveanu studied mathematics and informatics at the University of Bucharest and has been working for more than 15 years in the IT industry. He is used to analyzing how companies work, what data they collect, and how they evaluate their processes, he explains. In physical therapy, he noticed none of that: no data, no measurement. During one time slot he would encounter one physiotherapist, in another shift another, and the physiotherapist wouldn’t know about his previous work or progress. “They would just give you some basic exercises to do, which weren’t what was needed. I remember walking with crutches to the clinic; there was ice everywhere on the pavement, when leaving home, when entering the clinic. I was always worried about falling and damaging the [outcome of the] surgery. And I went there and received some very easy exercises that I could have done at home.”

This was when he started thinking about how things could change with the help of technology. He started doing some research, talking to insurance companies and found out that these cover very little of the physical therapy services as they cannot assess the process. All against the background of an aging population and sedentary lifestyles, further exacerbated by the Covid-19 pandemic. Hence Re.flex came about in 2016, co-founded by Camil Moldoveanu and Andrei Kluger, the company’s CTO.

How does it work?

Re.flex uses a set of sensors that the patient receives at home, from their doctor, depending on what their problems are: they either want to avoid surgery or recover after surgery. They strap on the sensors, and when the app is turned on, it gives them access to a set of tailored exercises, devised with orthopedics hospitals in Europe, the co-founder explains. The movement is detected on all three axes, and the system provides feedback on the performance and corrective advice. Depending on how they perform the exercise, they get scores from 0 to 10. As users progress and start getting 10s, they start receiving increasingly difficult exercises.

An overarching goal is to extend the availability of physical therapy, the co-founder explains. “We want to offer services for the large majority of the population who would normally receive five to ten physical therapy sessions, would go to a clinic, someone would see them for a maximum of 30 minutes. For the same budget for the state or private insurer, we offer 90 sessions. Every session lasts between an hour and an hour and a half, and everything is measured, monitored, sent to the doctor.”

Throughout its development, the product was validated at Charite University Hospital in Berlin for the accuracy of its sensors, and was involved in a study with the University of Tübingen, also in Germany, to evaluate the medical impact of the digital assisted exercises for patients with chronic knee pain, showing positive outcomes, the co-founder says. At the same time, in 2019, Re.Flex won the AiQ Smart Clothing Special Prize category of the IOT / WT Innovation World Cup at the WT | Wearable Technologies Conference in Munich.

The Re.flex product currently works for knee and hip rehabilitation and prevention, and, at the time of this interview, was working on launching a solution for back pain. “We have some IT corporations in Romania that are interested in piloting the lower back pain preventative solution for their employees,” Moldoveanu says.

As it had already attracted interest from companies in Germany, including an acquisition proposal, this was the first market they decided to develop.

The company did the first deal with orthoses-maker Sporlastic as a strategic partner. The company sells a variety of orthoses and decided to equip their products with the Re.flex sensors, the co-founder explains. The deal allows the German company to tap into the virtual recovery segment, while the Romanian company gets to reach the German market faster. The agreement covers the distribution exclusivity for three years for Sporlastic but also direct investment in Re.flex, he explains.

Besides this, the company is also in talks for partnerships that would cover other countries, with France on the list, followed by Nordic countries and the UK.

As for the local market, one challenge is that the solution is not covered by CNAS, and patients need to purchase it themselves. Locally, Re.flex works as a sort of digital clinic as the company is keen on keeping in touch with patients, seeing how they use the product, and receiving feedback to incorporate it in further development.

Furthermore, the company will have two additional lines: they were taken on as partners by NN Insurance, which covers their product, and they are also working with the telemedicine service Atlas on plans to take their product to corporations, the co-founder says.

The Re.flex co-founder distinguishes between two models for the product. In the US, physical therapy services can be covered by the employer for the employees and companies active in the digital rehabilitation system market there could contact companies and propose to work with them as a digital clinic. The situation is different in Europe, where publicly-funded health systems are the norm.

“It is true that in Romania people in large cities pay for this as they do not have the patience to wait to find a slot reimbursed by [the National Health Insurance House] CNAS, but in countries such as Germany, France, Spain, UK, this is how it works, and people do not pay for the service themselves, out of pocket. The state insurer pays for this. So you need to be covered by the state insurer,” he says, explaining that it is a difficult mission.

The challenges and confirmations

Still, the founder is not yet calling the project a success as the company is looking to validate its business model. “Although we had deals that were significant financially, the product itself is not yet sold to users in large volumes because it is not yet covered by the insurer, it is not yet sold. Sporlastic has clients in Germany, and they subsidize the cost through the orthoses for the time being,” he explains.

The path to development was not without challenges either, from working on fine-tuning the accuracy of the sensors to seeing if patients would adopt the product. He mentions the case of a 16-year-old girl who lived in the countryside and couldn’t afford to move to Bucharest to do the recovery sessions. She ended up having surgery several times because she was not doing the physical therapy as required, he explains, and the Re.flex product was there to solve the issue.

The pandemic also brought a spike in interest from hospitals, where the team found many times before that physical therapists saw their product as competition instead of support in their work. The company has its team of physical therapists in contact with patients, offering further advice.

Meanwhile, the segment of the digital rehabilitation has seen increased demand during the pandemic as well as interest from investors. Last year, Hinge Health, a San-Francisco provider of digital physical therapy, raised USD 400 million in Series E funding. The company, which positions itself as a digital musculoskeletal clinic, offers a solution that pairs advanced wearable sensors and computer vision technology with a clinical care team of physical therapists, physicians, and board-certified health coaches. In its turn, Portugal-born Sword Health also last year raised USD 163 million in Series D funding, achieving a 20x valuation growth in 12 months. It is a virtual musculoskeletal care provider offering care through doctors of physical therapy and its FDA-listed digital therapist.

Note: The opening photo of the article has been replaced to reflect the updated version of the system. The interview for this article was conducted in Romanian.