Remains of Queen Mother Helen brought back to Romania 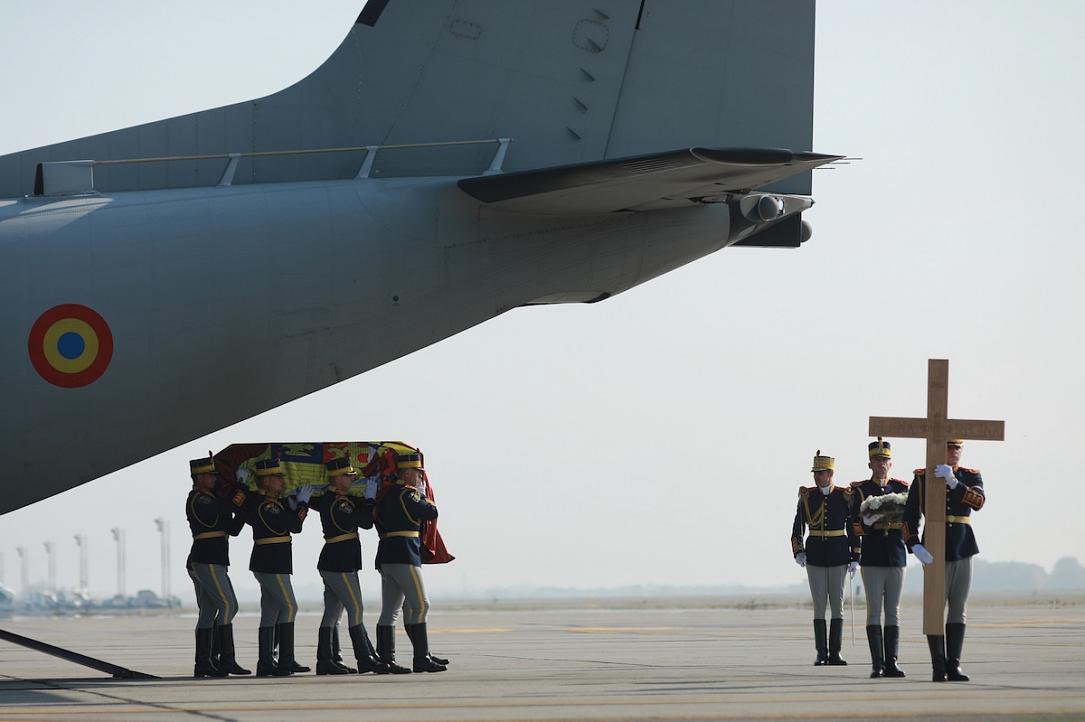 The remains of Queen Mother Helen, the wife of King Carol II and mother of King Michael I, were brought from Switzerland to Romania on Friday, October 18, with a military plane belonging to the Romanian Air Forces.

The plane landed at the Otopeni Airport at 11:00, and Margareta, custodian of the Romanian Crown, Prince Radu, Princesses Sofia and Maria, representatives of the Roman-Catholic Church, the Greek-Catholic Church, the Armenian Church, the Mosaic Cult and the Muslim Cult were present there, local Agerpres reported. The prime minister-designate Ludovic Orban, the dismissed prime minister Viorica Dancila and other top politicians also attended the event.

After a religious service at the Otopeni Airport, the Queen’s coffin was taken to the Elisabeta Palace in Bucharest. From there, the remains will be taken to the Curtea de Arges Monastery, where Queen Mother Helen will be reburied alongside her son, King Michael. The burial service is scheduled for October 19, 12:00.

President Klaus Iohannis also sent a message on this occasion: “Queen Mother Helen is a powerful symbol of dignity, honor and courage and a special figure of moral conduct in the dark twentieth century. She returns home after 71 years, in the lands of the country she loved and defended in times of restraint, where she will rest in honor, in the pantheon of the Kings and Queens of Romania. Bringing her home, next to her son King Michael I, is not only an act of historical justice and dignity, but a necessary step for the recovery and completion of contemporary Romania's values."

Born in 1896, Helen of Greece and Denmark was the daughter of King Constantine I of Greece and his wife Sophia of Prussia. She was the sister of kings George II, Alexander and Pavlos of Greece. She married Romania’s King Carol II, the son of King Ferdinand and Queen Marie, in Athens, in 1921. The couple divorced in 1928.  She became the Queen Mother of Romania during the reign of her son, King Michael (1940–1947). She left the country as her son was forced to abdicate. She passed away on November 28, 1982, in Lausanne.