Romania photo of the day: Hydrogen bus tested on the streets of Brasov 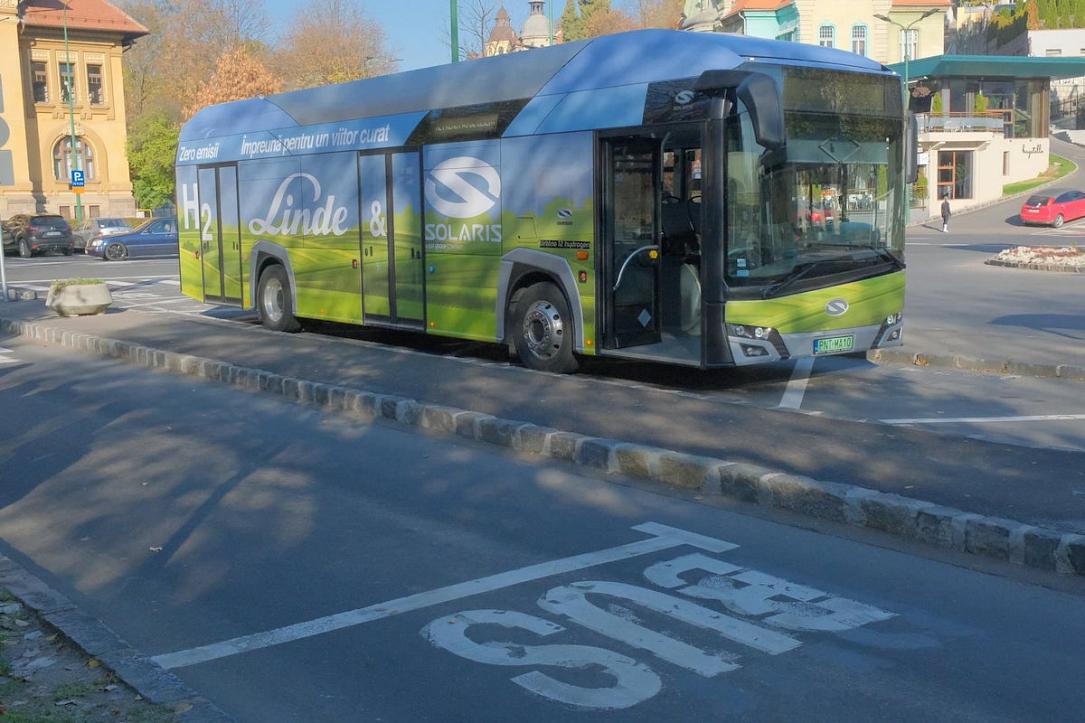 A hydrogen-powered bus has been tested on the streets of Brasov, a well-known mountain resort in central Romania, as the local authorities want eco-friendly public transport in the city. (Photo source: Primaria Municipiului Brasov on Facebook).

So far, the Brasov Municipality has contracted and partially received 133 environmentally friendly means of transport, electric buses, trolleybuses and hybrid buses, according to a press release.

Following the test drives of the hydrogen-fulled bus and based on a comparative study between electric and hydrogen buses to be completed in November, Brasov will decide the future of mobility in the city. The municipality wants to attract European funds to purchase more green means of transport.

According to Ovidiu Borcea, Solaris' representative in Romania, the hydrogen bus charges in about 5-10 minutes and offers a driving range of about 350 km while preserving the advantages of an electric engine. Its price is about EUR 700,000, making it around EUR 100,000 more expensive than the electric version.