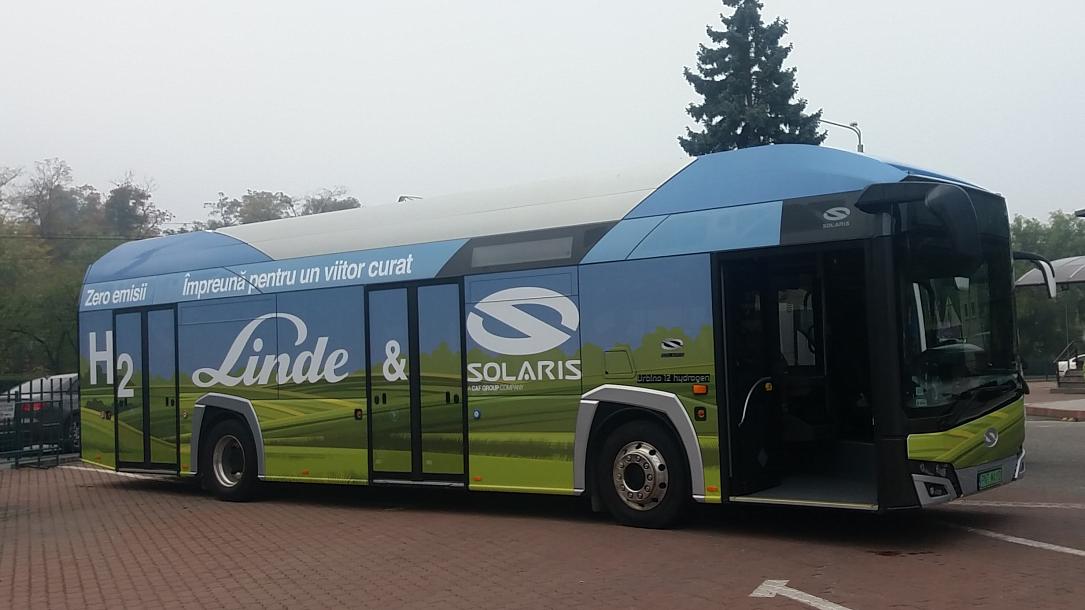 Twelve cities in the country will test the Solaris Urbino 12 hydrogen bus for their public transport, the Polish producer of public transport vehicles, owned by Spanish CAF, announced.

The bus, which is powered by hydrogen fuel cell, will be tested in a two-month tour in Cluj-Napoca, Târgu Mureș, Brașov, Sfântu Gheorghe, Iași, Galați, Constanța, Bucharest, Râmnicu Vâlcea, Craiova, Timișoara and Oradea.

The tour in the twelve cities is done in a partnership with Linde Gaz Romania, which provides the fuel.

The vehicle, first presented at the 2019 International Association of Public Transport UITP in Stockholm, offers a driving range of up to 350km while preserving the advantages of an electric engine, the producer explains.

No city in the country has placed orders for a hydrogen bus so far, but several local administrations have shown interest in purchasing the vehicle, Solaris Romania representatives said.

Solaris has orders for the Urbino 12 hydrogen bus from public transport operators in Germany, the Netherlands, Italy, Sweden, and Austria. It already delivered hydrogen fuel cell buses for the public transport fleet in Cologne, Germany, and Bolzano, Italy.