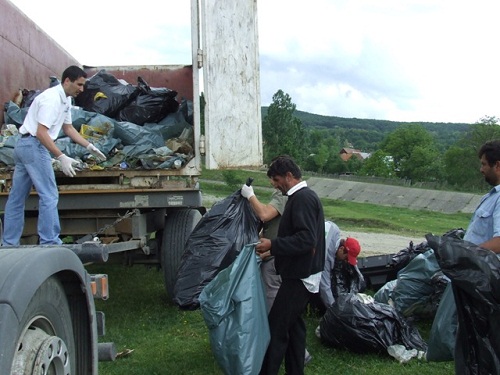 Before the event, the organizers had expected 200,000 people to show up and start cleaning the country, and were hoping to remove 20,000 tonnes of garbage. As many as 74,000 volunteers had signed up on the event's website prior to the event, but the number of those having showed up on site was double.

Over 6,000 trash piles have been identified countrywide so far. However, no cleanup is needed in some areas in counties like Cluj, Suceava and Salaj.

Just like the initial actions in Estonia, the country which started the initiative, organized in 2008, and the ones in Latvia in 2009, the action in Romania involves citizens, local authorities, private firms, cleaning operators, public figures and mass-media in order to get people to clean the waste and make citizens more responsible regarding the environment.