Nature in Făgăraș Mountains: The lynx in Romania 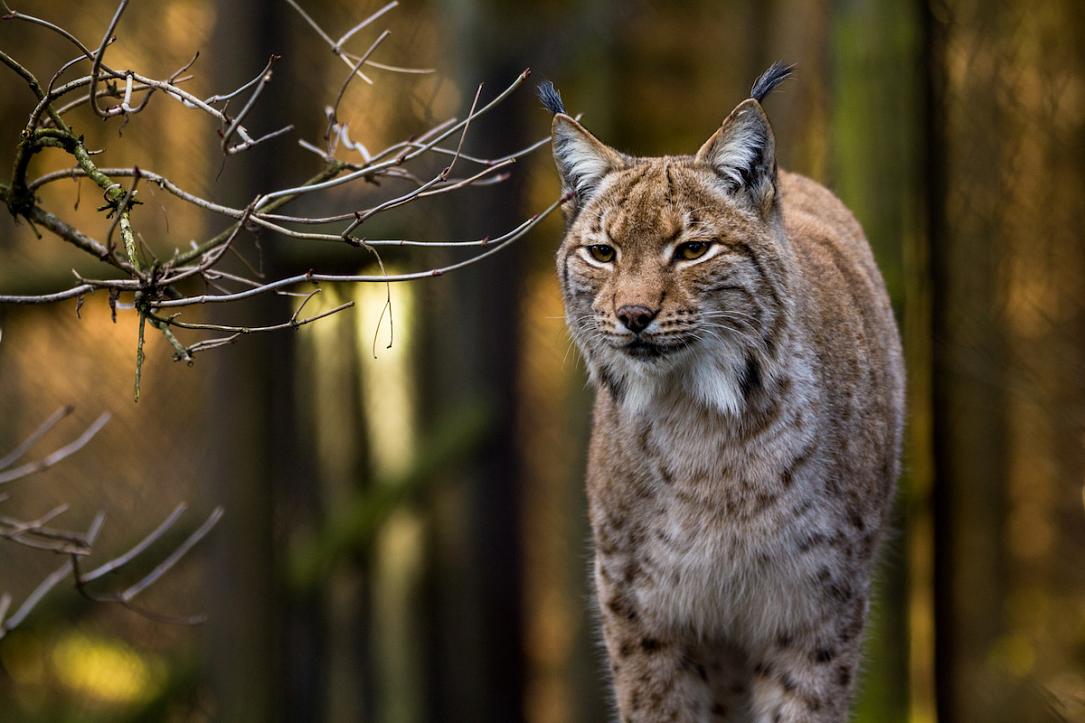 Once quite common in all of Europe, the Eurasian lynx almost disappeared over the last century in central and western Europe. However, this beautiful wild cat, which some call “the invisible hunter,” still has a stable home in Romania, in its mountains and forests.

The Eurasian lynx is the largest cat found in Europe and, of course, in Romania. It is also the largest of the lynx family. It lives in forested mountain ranges in southeastern and central Europe and from northern and eastern Europe to Boreal forests of Russia, down into central Asia.

The lynx are very discreet animals, rarely seen by people. They are easily recognizable, however: long hair and short tails, and black tufts of hair on their ears. Their long legs and large paws help them travel in deep snow. Their body length ranges from 80 to 130 cm, with males usually weighing from 18 to 30 kg and females from 8 to 21 kg.

These animals live mostly solitary and are mainly active early in the morning or very late at night. They feed largely on small to fairly large sized mammals and birds, including rabbits, deer, foxes, chamois or squirrels, and the fact that they are usually very quiet and leave few tracks brought them the nickname “the silent hunter.”

In Romania, the lynx is one of the three big predators roaming its territory, alongside the bear and the wolf. However, unlike the bears and wolves, the lynx is mostly restricted to the forested areas. They don’t go to the lowlands or the south parts of Romania, in agricultural areas or in the Transylvania hill areas. They are also less likely to cause damage to livestock or human settlements. For example, given that in Romania the livestock is still well protected by dogs, it is easy for a big bear or a pack of wolves to attack the animals but not for a solitary lynx. The lynx are rather discreet, and they usually hide from people.

Estimates say there are about 1,700 to 2,000 lynx in Romania’s forests. But again, the fact that these big cats are extremely discreet makes an exact counting even more difficult. The hunters are in charge with making these estimates in Romania.

The lynx need very large hunting areas of up to 450 square kilometers, depending on the local availability of prey. Thus, one of the biggest threats these wildcats face is the loss and fragmentation of the habitat due to the development of urban or rural infrastructure, such as road construction, ski slopes, the extension of cities and resorts, without taking into account the costs of biodiversity loss. Deforestation and illegal logging are also major threats. Poaching, on the other hand, is not yet such a big threat for the lynx population in Romania. Unlike bears, for example, these cats are not valuable trophies. However, it may become a real threat if it intensifies, especially because the lynx are more vulnerable to poaching. They have a very low reproduction rate so it’s more difficult for them to recover after a drop in population numbers.

The mating season for the Eurasian lynx lasts from January to April. The gestation lasts from 67 to 74 days and the female can give birth to 1-4 kittens. At birth, the kittens weigh 240 to 430 grams and are blind. Their eyes open after ten to twelve days.

In the last century, these wildcats have almost disappeared in western and central Europe because of human action and the destruction of habitats. However, there have been attempts to reintroduce the lynx in some parts of central and western Europe, such as southern Germany, Austria and Switzerland. Also, the lynx have started to return on their own in some areas, such as the eastern part of Belgium. In Romania, this species is protected but a limited number of lynx can be killed under derogation.

One of Romania’s largest predators, this big, beautiful cat is truly important for the local ecosystem. Although an excellent hunter, the lynx is an animal that doesn’t pose a real threat to the population or the livestock, choosing to hide whenever a human passes by. For these reasons and more, the Eurasian lynx is one of the most amazing animals roaming Romania’s forests.