Nature in Făgăraș Mountains: The oak tree in Romania 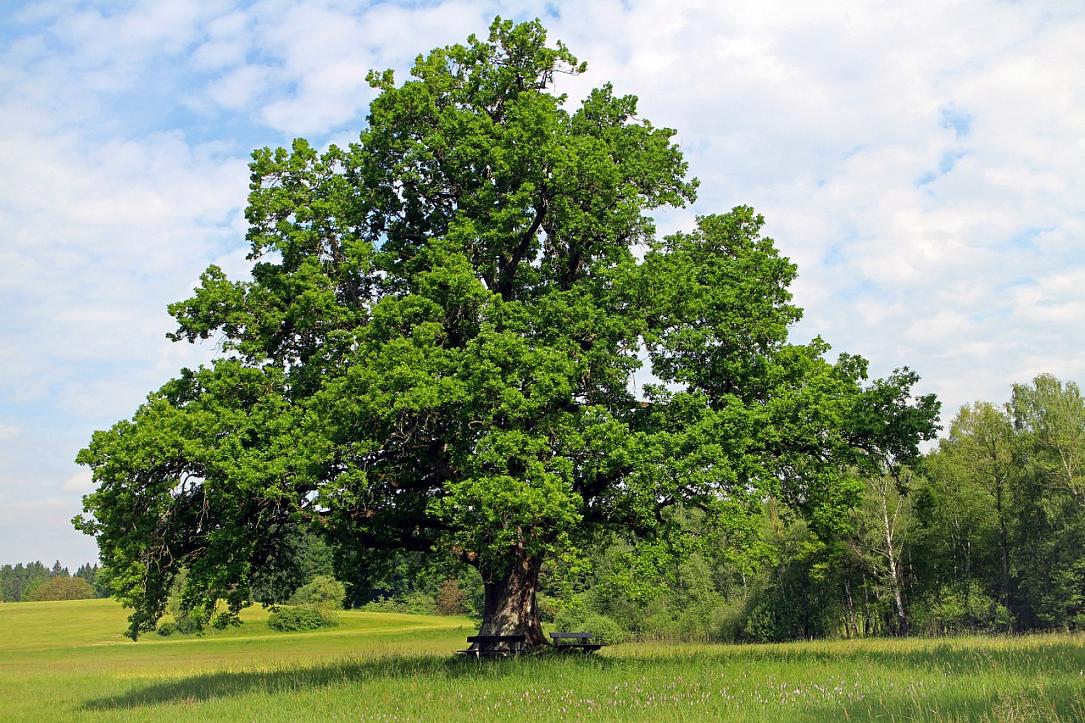 The oak tree is known for the impressive age it can reach but it can be very sensitive to climate changes and the way it is managed.

Quercus robur and Quercus petraea (gorunul in Romanian) are part of temperate deciduous mixed forests, at low-mid elevations. Across Europe, the pedunculate oak and the sessile oak occur widely, from the south of Norway and Sweden to the northern part of the Iberian Peninsula, South Italy, the Balkan Peninsula and Turkey. In southern regions they are found at higher elevations, with Quercus robur recorded to grow up to 1,300 m in the Alps, while the Quercus petraea can reach over 2,000 meters in southern Turkey. However, because of human intervention and use of the tree, the distribution of the oak recorded widespread changes compared to the structure of the original forests.

In Romania, it is found in the southern part of the country (Piteşti, Alexandria-Comana-Mizil), in western plains, in north-eastern Moldavia and central Transylvania. Some isolated trees can be found as high up as 900 meters, in Bihor Mountains, for instance, but the tree's upper limit does not go beyond 600 – 700 meters.

The pedunculate oak and the sessile oak are deciduous broadleaved trees, which can have an impressive life span, from 300 to 500/600 years. They can grow to be over 40 meters tall, with a tree diameter of three to four meters. On average, they are can reach a height of 30 meters and a diameter of 1 to 4 meters. The two species can naturally hybridize, and generate individuals with intermediate traits. They are both vigorous trees, which prefer fertile and moist soils

Because of its deep and penetrating taproots, more developed in the case of the sessile oak, the tree is stable against windthrow and can withstand moderate droughts by accessing deeper water. While the sessile oak is more drought tolerant, the pedunculate oak grows in heavier soils, in continental climates, in wet lowlands and damp areas by streams and rivers, and is more tolerant of periodic flooding. Both tree species demand light and their canopies allow light to pass through, helping the regeneration of other species.

Besides the cultural symbolism associated with the oak, the tree is one of the most extensively used. The oak is considered a sacred tree in many cultures, ranging from the Greeks and the Celts, to the Slavs and the Germans. It is also often used as a national or regional symbol. Its wood is used for fuel, the acorns for livestock, the bark for tanning, and the timber for construction works. It is used in timber-framed buildings, for gates, and as mining timber. It is also used in furniture-making, for floor-boards, paneling, joinery, and veneer. In the past, it was the most important wood used in the making of wooden sailing vessels. It has also been used in the making of barrels to store wine and spirits, where the flavor the wood gives is appreciated. The tree also has a significant ecological role as it supports many species of insects, while its acorns serve as food for birds and mammals.

But while it is can be durable and resistant, the oak can also be sensitive to climate or local changes, which can lead to its drying up. For instance, in the area of Brașov, in the oak forest in Prejmer, the number of oak trees in the reservation went down significantly after, during communism, water captation systems were set up in the area, to serve the city. The level of water in the soil went down, creating problems for the oak trees, which dried up. The Prejmer forest is an important site for several reasons, among them the presence of the oak at its altitude limit in Romania. The forest preserves a series of species from the Quaternary period, relicts of the cold climate. The Prejmer swamp also hosts a series of well-preserved, rare species.

The decline of the mixed forests of oak and ash was reported in 2013 also as a result of significant fluctuations in soil water levels in the Buzău plain, the Ploiești–Târgoviște plain, and the Timișului, Mureșului and Crișurilor plains.

Besides bacteria or mushrooms that can cause cancers of the tree, or the defoliating insects attacking it, the oak is also vulnerable to how it is managed, all factors adding up to the decline of the species. Because it is a species wanted for the wood, when the trees are cut, it needs to be done with care so as to ensure the natural regeneration of the oak.  While oak plantations can be made, it is important to ensure the regeneration of the tree or other species can take over. In plain areas, the linden trees are known to take over the space of the oak trees. Especially that the oak needs longer times to regenerate, faster-growing species such as the linden can take over, leading to further drops in the oak tree population.