Skip to main content
Nature
Nature in Făgăraș Mountains: The wolf in Romania 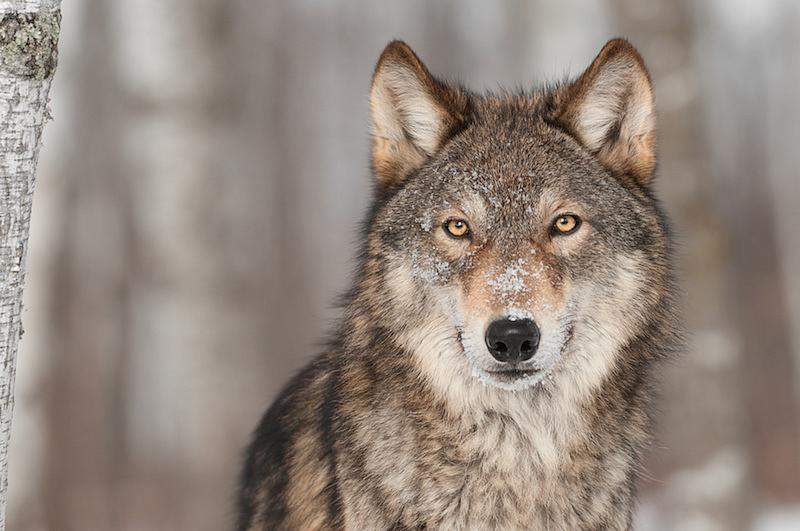 This winter, Belgium recorded its first wild wolf in more than a century, marking the return of the animal across continental Europe after decades of absence. Over-hunting, the clearing of forests and urban sprawl caused its disappearance from most of Western Europe since the beginning of the 20th century. Romania is one of the European countries where the wolf never disappeared, but while it kept a territory here, its presence is not without challenges.

The Carpathian Mountains, scarcely populated and with compact forest areas, were a place of retreat for the wolf and help explain its continuous local presence. There were approximately 2,840 wolves in Romania in 2016, according to data from the Environment Ministry. The estimates, based on counting the snow tracks left by the wolves, are provided by the managers of the hunting funds. Genetic analysis and camera-trapping can also be used to evaluate the wolf population.

The Bern Convention of 1979 turned the wolf into a protected species as “a fundamental element of our natural European heritage”. The 1992 Habitats Directive and the various national laws of the member states also protect the wolf, as is the case in Romania.

Still, the wolf is at the center of debates in Europe on how its presence should be managed. Its negative image persists, partly based on misconceptions but also because people always had to defend their livestock against it. Fictional works and folk tales, Little Red Riding Hood possibly more than any other, had their role in shaping the terrifying descriptions of the wolf.

A 2015 survey of the Wolflife project, conducted in rural areas in the counties of Mureş, Harghita, Bacău, Neamţ, and Vrancea in Romania, showed that local attitudes towards the wolf were rather negative, compared to those about the bear. Most of those surveyed agreed with statements that wolves are a danger to households, but they also expressed disagreements that wolves represent a threat to their personal or their families’ security. Only a small percentage (less than 1 in 10) reported problems caused by wolves in general or had acquaintances who had animals killed by wolves. Some mentions also highlighted the usefulness of the wolf as it feeds on sick animals or they hunt animals that are damaging to people.

Because the wolf is an opportunistic and adaptable predator, it feeds on what is available in its habitat. It usually eats wild ungulates (hoofed mammals) but when these became scarce, it moves to domestic ungulates or other food sources, such as small animals or even berries. In Romania, the wolf hunts wild ungulates such as the deer, the roe deer, and the chamois. It also eats small and medium-size mammals in some regions and in certain periods of the year.

When they are seen around villages, wolves are not there to follow humans but to follow their prey as it moves into lower areas. The long-lasting competition between hunters and wolves for the same game has made wolves wary of human presence and normally people’s chances of getting close to the animal are low. The wolf’s behavior, of being interested in but also scared of new things, further adds to this.

Since the wolf has always been present locally, people have adapted to its presence and the way cattle farming and shepherding were organized took into account the presence of the animal. People have been used to taking care of the livestock all the time, as opposed to organizing grazing with the animals left unattended in unprotected pastures. People have also grown used to treating a wolf attack on livestock as a given.

The wolves need a wide habitat to find their food and recent developments going further into mountain areas impact them as their territory becomes more fragmented. The deficit in available prey is also a problem and the stray dogs hanging around villages or going into forest areas put further pressure on the wolf’s ecosystem. The dog is also an opportunistic species, without specific food preferences, helping them in their capacity to survive and adapt. If left unattended, it can become an efficient predator in the same areas where wolves hunt. The contact between dogs and wolves also increases the risk of spreading various diseases. The wolves are sensitive to more than 100 diseases and parasites and stray dogs are one of the main ways they come into contact with them. Pups are especially vulnerable to this. Instances of breeding with feral dogs are another concern when it comes to the wolf population.

Several measures are used across Europe to manage wolf attacks on livestock, ranging from the confinement of the livestock to using livestock guard dogs or various deterrents, visual or auditory. Shooting the wolf can have a counter effect, especially when the pack leader is killed. This happens because the most dominant animal is also the one that actually knows where to find the game. When it disappears, the rest of the pack is left disoriented, less efficient and looking for the easiest found source, which often can be the livestock.

Ralph Atkins. The return of the wolf: a Swiss identity crisis in The Financial Times. Published August 4, 2017.

James Crisp. Resurgent wolf is back in Belgium after more than 100 years in The Telegraph. Published January 15, 2018.

Conservation of Wolves in Europe at www.wolvesandhumans.org