Skip to main content
Nature
Nature in Făgăraș Mountains: The fox in Romania 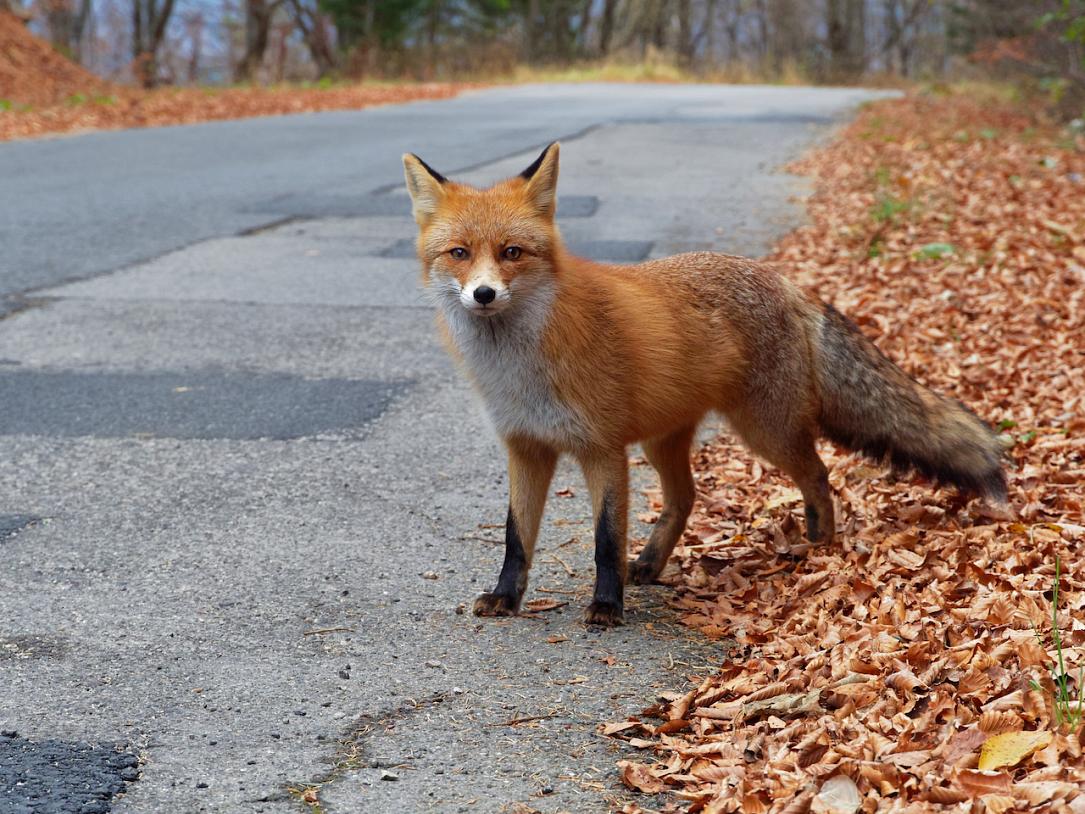 Very adaptable and opportunistic animals, the red foxes are found throughout much of the northern hemisphere, including all over Romania. Listed as least concern by the International Union for Conservation of Nature (IUCN), these animals usually catch people’s attention due to their beautiful appearance.

The red foxes are medium-sized animals in the dog family (Canidae). They are widely spread worldwide, being found throughout much of the northern hemisphere, with the exception of the desert areas of Africa. This means that they can be spotted from the Arctic Circle to North Africa, North America and Eurasia, being capable of successfully occupying urban areas. They've also been reintroduced in Australia. And, of course, the red foxes live in Romania, being spread all over the country, even up in the alpine area.

However, it’s difficult to estimate how many foxes live in Romania, as the fox populations are very flexible. Not only that individual fox families have home ranges that can vary widely, between less than 10 hectares to up to several hundred hectares, with population densities usually appearing in places where there is a lot of food for them, but most of the kits the foxes have in spring have big chances of dying throughout the year, making any general estimation almost impossible. Also, it depends if a specific year is a good one for small rodents, which can help the kits survive (hence a higher number of foxes) or if there are diseases locally which may lead to a collapse in fox numbers.

The red fox has orangish-red fur on its back, sides and head. It has white fur under its neck and on its chest. Its fluffy tail, which usually is the one people admire first in a fox, is longer than half the body length and reaches the ground when in a standing position.

They are very agile animals, being capable of jumping very high, and swim well. They have binocular vision but their sight reacts mainly to movement. Also, the red fox hears low-frequency sounds very well, which helps it catch its prey. Although mostly a nocturnal animal, the fox can also be spotted during the day.

Red foxes reproduce once a year, with the mating season lasting from January through March. In less than 60 days, the female fox gives birth to a litter of between one and ten kits, or sometimes even more. Some of the kits die throughout the year, and thus large litters are typical in areas where fox mortality is high. Mothers remain with the kits for 2–3 weeks, as they are unable to thermoregulate, and in this period it is the males’ job to bring food to the mother foxes. The kits leave their mothers when they are about six or seven months old.

Red foxes use a variety of vocalizations to communicate among themselves. Also, they use facial expressions and scent marking. The body language consists of movements of the ears, tail and postures, with their body markings emphasising certain gestures - aggressive/dominant or fearful/submissive.

As for the feeding, red foxes are essentially omnivores, with a highly varied diet. They mainly feed on small rodents such as mice, ground squirrels and hamsters, but they also eat birds, reptiles, or insects. They eat plants as well, and in some areas fruits can represent their entire diet in autumn.

When it comes to their enemies, most red foxes that are taken by natural predators are young pups. Wolves or lynx may also attack adult red foxes. People also hunt foxes but not only for their fur. They sometimes kill them as pests. However, hunting doesn’t have very serious impact on the fox population, as foxes reproduce quickly.

Foxes are the main carriers of rabies. Whenever there is a rabies outbreak somewhere, the foxes are usually the vectors. But intensive vaccination has been done in many parts of Europe, especially in Western Europe, where there is no more rabies. In Romania, the rabies is still present but not very common.

Also, many consider foxes to be threats to poultry or pheasant farms, as some individual foxes sometimes target domestic birds if they are not adequately protected.

On the upside, red foxes help control populations of small rodents and rabbits and may disperse seeds by eating fruits.

The foxes are not only beautiful animals. They are also very smart, especially when it comes to finding food, surviving in weather extremes, outwitting predators or protecting their young.