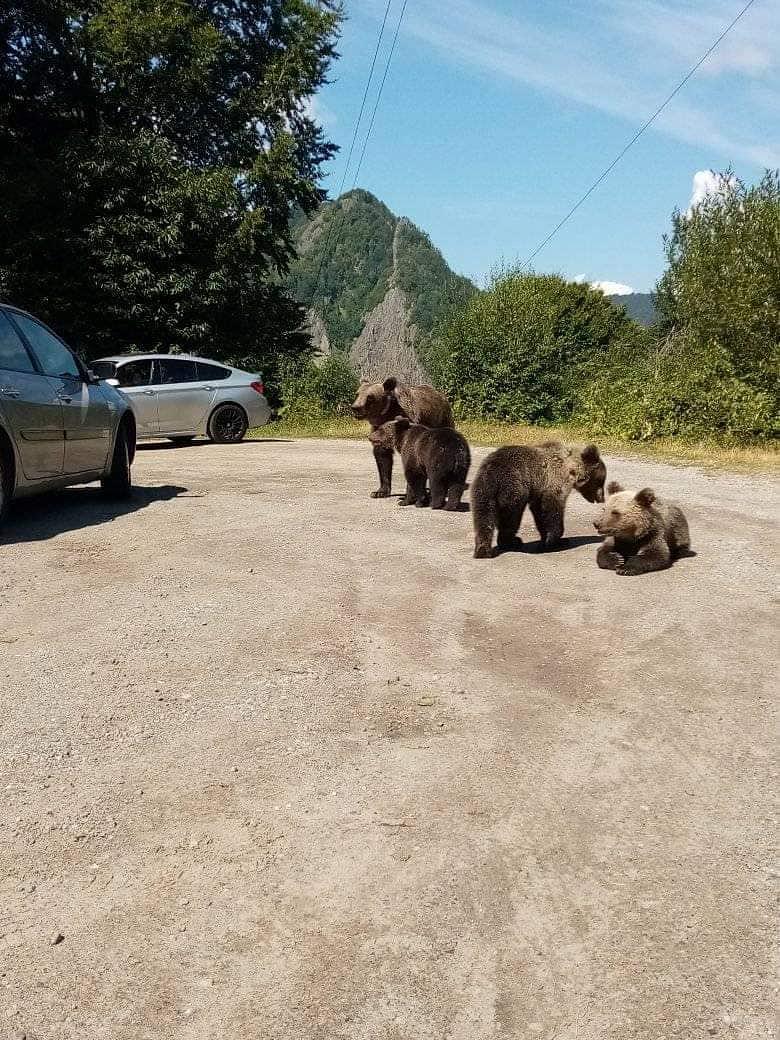 A tourist from Bucharest received a fine of RON 500 after being caught feeding bears in a parking lot on the high-altitude road Transfagarasan, not far from the Vidraru dam.

A team of gendarmes from the Arefu Mountain Post was sent to the area after someone called the emergency number 112 to announce the presence of several bears on the road. They spotted a mother bear with cubs at the exit of the first tunnel after the dam, but also some tourists who were feeding the animals from the car.

“The wild animals were driven away in their natural habitat, and the car’s driver, a man from Bucharest, was given a fine of RON 500,” the Arges County Inspectorate of Gendarmes said in a press release quoted by Agerpres.

The Arges Gendarmerie recommends tourists who transit or camp in areas frequented by wild animals to avoid contact with them and not to feed them.

Earlier this week, Digi24 reported that a man from Vrancea stopped the car on the side of the road to feed a bear. He got out of the vehicle to give bread to the wild animal, which came dangerously close to the car.