Career change during the pandemic: Romanian DJ switches to new business & discovers the joy of helping others 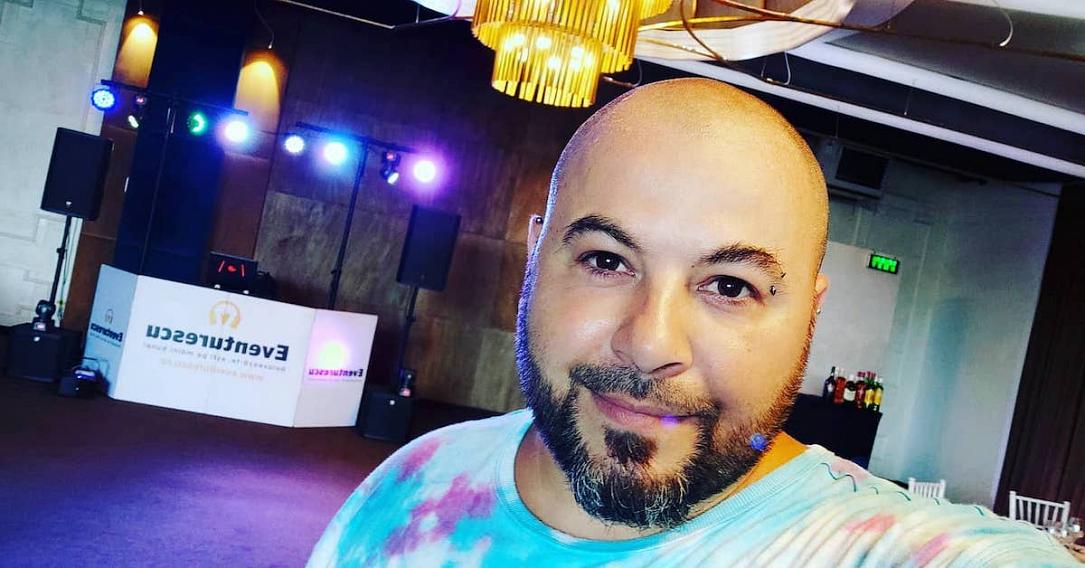 Something good can come out of something bad. That's what a successful Romanian DJ has learned during the coronavirus pandemic, as he was forced to reinvent himself and start a new business. And this significant career change also helped him discover the joy of doing charity work. Today, Liviu Ancuta combines the Man With A Van relocation & delivery business with donations for people in need.

Liviu Ancuta was still in high school when he had the chance to be the DJ of a small nightclub in the countryside. An opportunity that sparked his interest in music. But that happened about 20 years ago. In the meantime, Liviu finished high school, joined the army, and even went to work abroad. He finally decided to return to Romania for good and start his own project in the entertainment area.

Things were not always easy, but Liviu refused to give up. In the end, with the launch of Eventurescu, he managed to turn his passion for music into a successful business. In numbers, Liviu's career as a DJ & entertainer would translate into around 1,500 events in more than eight years of activity.

At the beginning of 2020, Liviu Ancuta was still successfully running Eventurescu, which has grown to be a top brand on the local market of events & entertainment. He was performing as a DJ at parties and events with hundreds of people while also using his experience to organize corporate events, anniversary parties, weddings & many other kinds of special celebrations. But then March 2020 came, and with it, the coronavirus pandemic with its lockdowns and new rules for people's everyday lives. And the 36-year-old DJ & entertainer found himself in a really challenging situation.

"The pandemic was somehow like a slap in the face because I was somewhere on top, eager to invent new things, develop my business, find new event locations," Liviu Ancuta told Romania-insider.com.

The March lockdown forced the Romanian DJ to put his upcoming events on pause. He didn't know how long this state of uncertainty would last, but he quickly realized that he has to reinvent himself. There was no time for complaints. So, just days after the state of emergency was declared in the country, he started his new business: Man With A Van - a relocation, transport & delivery service. It was March 23 when he launched the new project's page on Facebook, and March 24 when he made the first transport.

"Somehow, for me, this pandemic was both a bad and a good thing. The Man With A Van project is my second business, and it's a win-win; it's a project that I will carry out in parallel. I will go on with this business even when things get back to normal," Liviu said.

Little did he know last year, when his entertainment & event planning business was going so well, that the van purchased for Eventurescu will be used in 2020 for relocation & delivery services in Bucharest, Ilfov county, or other counties where Liviu's new clients are. Or for express collect & delivery service for orders placed online at large retailers.

But things are going pretty well for the young Romanian, especially as he did a similar activity while he was in the UK. So, he had a bit of experience when starting this new project. Plus, the contact base created during the DJ/event planner activity and the clients' recommendations also helped him grow his new project.

However, the Man With A Van project became much more than a simple business. It also developed a charity side.

As it happens sometimes, when people move to a new place, they leave some of their old things behind: a desk, a bed, a couch, a washing machine, or other household appliances. That's precisely what some of the Man With A Van clients did, and Liviu Ancuta offered to take these things and donate them to people in difficult situations. People he finds with the help of other people on social media: he posts messages on Facebook, asking followers of the Man With A Van Facebook page if they know someone who would need the things he can donate. And things simply move forward from there.

"It's a kind of recycle of furniture and appliances," Liviu said. "People come to me and say that they have something to donate, and I do the matching between the one who donates and the one who needs that thing."

As more people followed the Man With A Van page on Facebook and saw the great things happening in this corner of social media, the more wanted to participate in the Fapte de Bine (Good Deeds) Liviu has been doing. Some offered to donate clothes, pieces of furniture, small & large home appliances, and even money or building materials. And now that the holiday season is almost here, people also want to help other people and families have a happy Christmas.

Finding time for both the business and the charity work is not always easy, but Liviu manages to make time for both. In fact, he went a bit further, and, in addition to the items donated by clients, he started collecting donations in his spare time. Plus, people in need of help began contacting him directly.

In these past few months, Liviu and the other good people who joined his cause managed to change many people's lives. Among them, a family whose house burned down and a brilliant student who went through extremely difficult moments.

"I hear lots of stories every day, and sometimes I don't even tell my wife about all of them. I get four or five messages every day. And it's hard to make a selection, to see which one you help first," Liviu explained.

However, while the business side of Man With A Van brings him peace of mind on the economic side, the charitable side "fuels his soul," as Liviu says. And he doesn't plan to stop here: "I'm thinking seriously about starting an NGO and continue to help other people. I want to take this NGO to the next level, I want to do great things."

So, while 2020 was a challenging year for Liviu Ancuta, it also showed him that something good could come out of something bad. And the following years will continue to be busy for the young Romanian, as he plans to revive Eventurescu, develop the Man With A Van business, and continue with the good deeds. All this while spending as much time as possible with his wife and son.