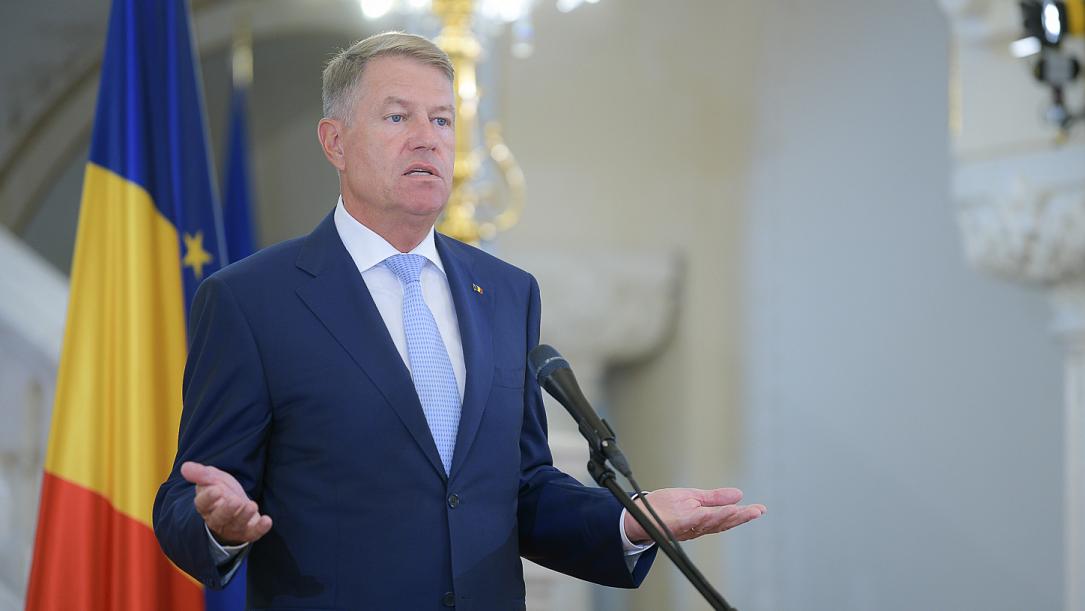 President Klaus Iohannis has criticized the Social Democrat Party (PSD) for delaying the passing of the legislation outlining the rules for quarantining, isolating, and admitting patients that have tested positive for the COVID- 19 infection.

The Parliament started to debate, on July 9, the draft law on quarantine and isolation, which the Government adopted on July 6, in accordance with the recommendations of the Constitutional Court (CCR).

Separately, the Covid-19 patients with no symptoms can't be retained in hospitals, as an effect of the same ruling. As a result, most of the patients in this situation asked to be released home, where there is no legal mechanism to keep them from spreading the epidemic.

In a press statement on Tuesday, July 14, the president warned that delaying the passing of the legislation could result in "tens, possibly hundreds of Romanians" loosing their lives as the Government is "deprived of an essential mechanism in managing the epidemic."

The president argued that the effects of the pandemic are increasingly visible in the country, where 637 coronavirus cases were reported on July 14.

He said he was "surprised by the exaggerated cynicism of the PSD." He described the situation as "extremely sad, shocking" and urged the Parliament to speed up the passing of the law.

"This delay with which the PSD wants to appear important or interesting could cost the lives of tens, maybe hundreds of Romanians. I renew my call to the Parliament: finish the debates, approve a good version. Otherwise, you will be morally responsible for the death of tens, maybe hundreds of Romanians. This delay cannot be tolerated," the president said.

In the Chamber of Deputies, the PSD amended the law submitted for discussion by the Government and voted for it to pass. However, on Monday, July 13, PSD leader Marcel Ciolacu announced the bill would not be voted in the Senate "until the PM and the health minister would come to clarify all of its aspects," Radio Europa Libera Romania reported. He called the version that passed in the Chamber of Deputies "a bad law" that cannot be passed. The PSD leader also argued that an approval from the Justice Ministry was needed on the quarantine and isolation law.

The Senate's Legal Commission is debating the law today, July 14. Both health minister Nelu Tătaru and state secretary Raed Arafat, the head of the Emergency Situations Department (DSU), are present at the Senate discussions.

Reacting to the president's statements, Marcel Ciolacu said that the Government was to blame for the situation and argued the president was shifting the blame on the Parliament.

"We will not allow an infringement upon the citizens' rights and freedoms. The solution is a clear law, that doesn't leave room for abuses. This is what we will do," he wrote in a Facebook post quoted by Digi24.ro.