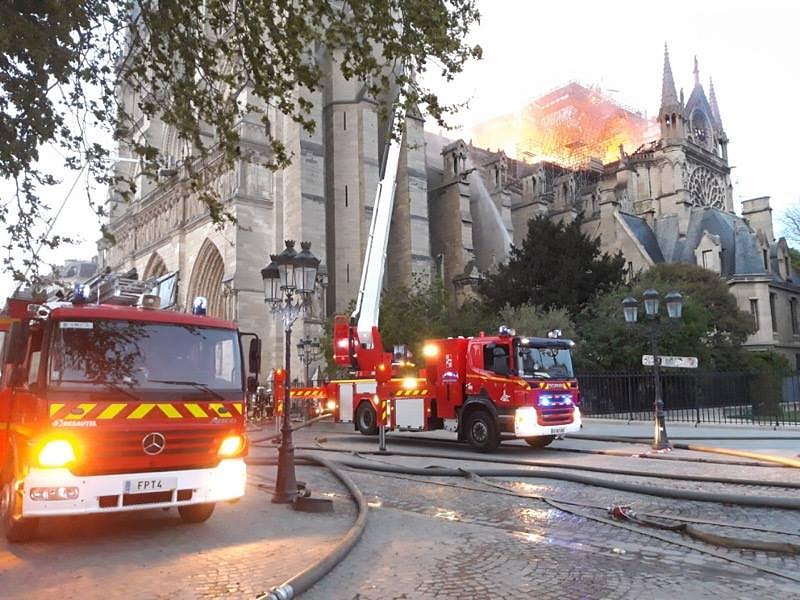 Romania’s president Klaus Iohannis has called the news about the fire that devastated Notre Dame Cathedral in Paris on Monday night, April 15, “heartbreaking”.

In a Twitter post, the president said the cathedral is “a historical symbol of European culture” and that “Romania stands by France.”

Heartbreaking news coming from Paris, #NotreDame, a historical symbol of European culture, is in flames tonight. Romania stands by #France.

Iohannis joined a host of world leaders who lamented the fire that erupted at the 850-year-old Gothic cathedral, which hosts numerous works of art and is one of the most visited tourist sites in the world.

The fire began accidentally and was brought under control on Tuesday morning, Laurent Nunez, the secretary of state to the French Ministry of Interior, said. There were still residual fires to extinguish and the process of cooling off was underway. The fire destroyed the spire of the cathedral, which was undergoing restoration works. It may be linked to the building works currently ongoing at the cathedral, according to the Police, The Guardian reported.

The French president, Emmanuel Macron, vowed that the cathedral, a UNESCO monument, would be rebuilt. “I solemnly say tonight: we will rebuild it together,” he said.