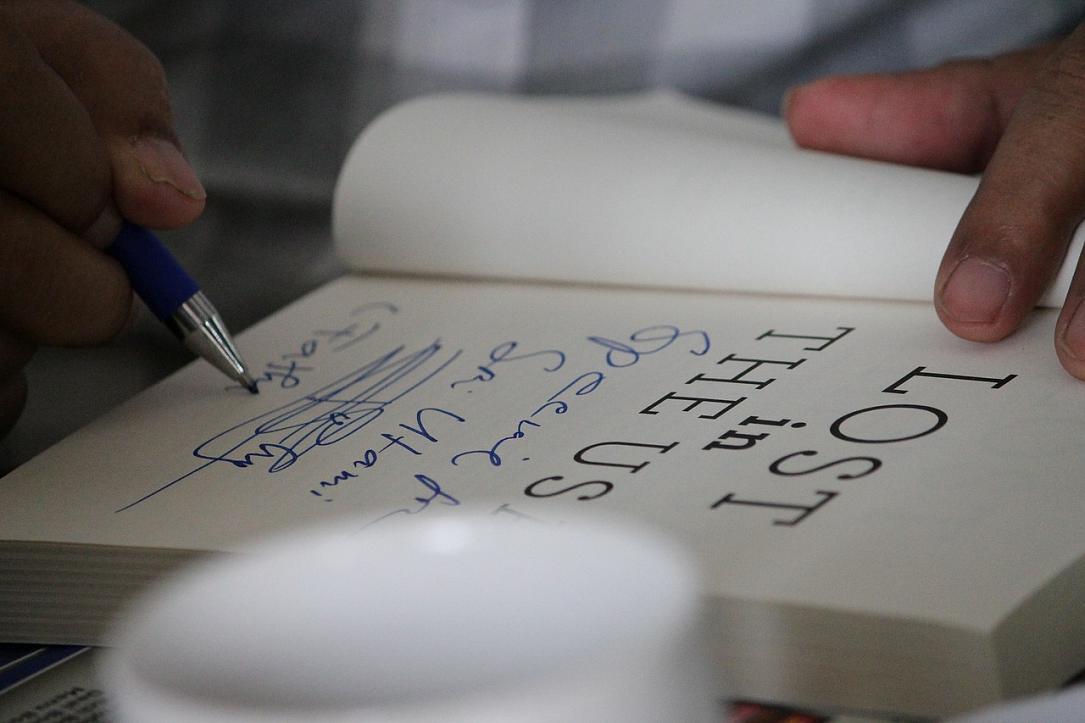 Several international authors will meet the Bucharest public this fall, many of them before or after attending the country’s largest literature festival, the International Festival of Literature and Translation of Iaşi (FILIT).

Among them is María Dueñas, the best-selling Spanish author translated in over 35 languages. A professor of English Language and Literature, she came to international spotlight in 2009, with the publication of the New York Times bestselling novel The Time in Between, followed by The Heart Has Its Reasons in 2012. Dueñas will be in Bucharest on October 2, at an event held at the Cervantes Institute. Further details here.

Another guest of FILIT, Mikhail Shishkin returns to Bucharest for at an event held at the Romanian Athenaeum on October 8. Regarded as one of Russia’s most important contemporary authors and the only one to have won the Russian Booker Prize (2000), the Russian National Bestseller (2005) and Big Book Prize (2010), Shishkin is known for the novels The Taking of Izmail and Maidenhair, and the essays and short stories grouped in The Half-Belt Overcoat. More on the event here.

Prix Goncourt winner Mathias Énard is also making a stop in Bucharest after meeting audiences in Iaşi. The French novelist made his debut in 2003 with La Perfection du tir, followed in 2008 by Zone, the 500-page long single-sentence novel, which brought him no less than six literary awards. He returned in 2010 with Tell Them of Battles, Kings, and Elephants, which won the Goncourt des lycéens award. In 2015 he won the Prix Goncourt for Compass, which was also awarded the the Leipzig Prize, and the Premio von Rezzori, and was shortlisted for the 2017 Man Booker International Prize. The Bucharest public can meet him on two occasions. On October 7 at the Humanitas Cișmigiu bookstore and on October 8 at a debate held at the French Institute. Further details here and here.

Before meeting the Iaşi public, French author Lionel Duroy will be in Bucharest on October 1 at the launch of his novel Eugenia, recently translated into Romanian. The novel, which looks at the Romania of the 1930s and 1940s, is inspired by the diary of Romanian author Mihail Sebastian, who recorded the antisemitism of the time. The event takes place at the Humanitas Cișmigiu bookstore. On October 2, Duroy will meet readers in Bucharest again, this time at a French-language event organized by the French Institute at the Kyralina bookstore. Further details here and here.

A screenwriter with more than two decades of experience, Swedish novelist Stefan Ahnhem is one of the most successful authors of Scandinavian crime fiction scene in recent years. After making his debut in 2014 with Victim Without a Face, he went on to author the internationally bestselling Fabian Risk series, which follows a Swedish criminal investigator on his murder cases. He will meet the Bucharest public on October 6, at the Humanitas Cișmigiu bookstore. More details here.

Access to all events is free of charge, but many require prior registration.