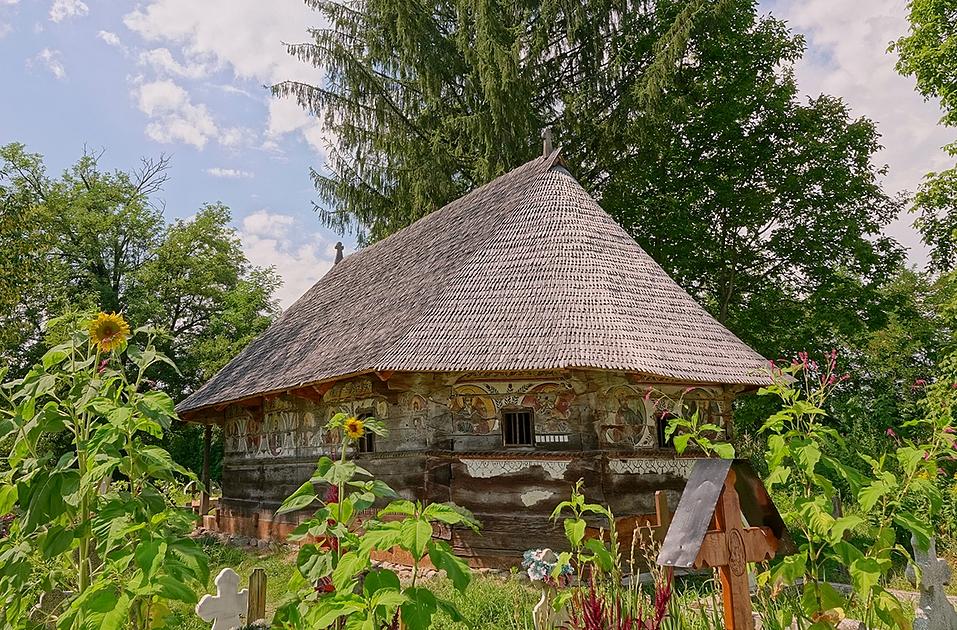 The restored Wooden Church of Urși Village, in Romania's Valcea county, was the big winner of the 2021 European Heritage Awards/Europa Nostra Awards, Europe's top honour in the field. The small wooden church's rehabilitation project received a Grand Prix and the Public Choice Award.

The four Grand Prix laureates and the Public Choice Award winner, selected from among this year's 24 winning achievements from 18 European countries, were announced on September 23 during a high-profile ceremony held at the headquarters of the Giorgio Cini Foundation in Venice.

The four 2021 Grand Prix winners, chosen by the Board of Europa Nostra on recommendation by an independent jury of experts, are the Wooden Church of Urși Village, Vâlcea County (Romania); FIBRANET – FIBRes in ANcient European Textiles (Denmark/Greece); the Technical Committee on Cultural Heritage (Cyprus); and The Invention of a Guilty Party, Trento (Italy). Each of them will receive EUR 10,000.

In addition, the general public also selected Romania's Wooden Church of Urși Village as their favourite heritage project in Europe. Some 7,000 citizens from all over Europe voted Public Choice Award via the Europa Nostra website.

The Wooden Church of Urși Village has been carefully restored with the close involvement of many partners, including the local community. The main partners involved were the Pro Patrimonio Foundation, the Art Conservation and Restoration Department of the National Arts University of Bucharest, the ASTRA Museum of Traditional Folk Civilization, the National Institute of Physics and Nuclear Engineering "IRASM," the National Chamber of Romanian Architects, Asociația 37, and the owner of the church, the Romanian Orthodox Church.

Built between 1757 and 1784, the wooden church dedicated to the Annunciation and the Archangel Michael survived a fire in 1838, after which it was repaired and decorated with frescoes. However, it was abandoned after a new church was built in the village. For 11 years, between 2009 to 2020, restoration works took place at the church each summer, following months of fundraising efforts in the preceding year.

The European Heritage Awards/Europa Nostra Awards were launched by the European Commission in 2002 and have been run by Europa Nostra – the European Voice of Civil Society Committed to Cultural and Natural Heritage – ever since. The Awards have the support of the Creative Europe programme of the European Union.