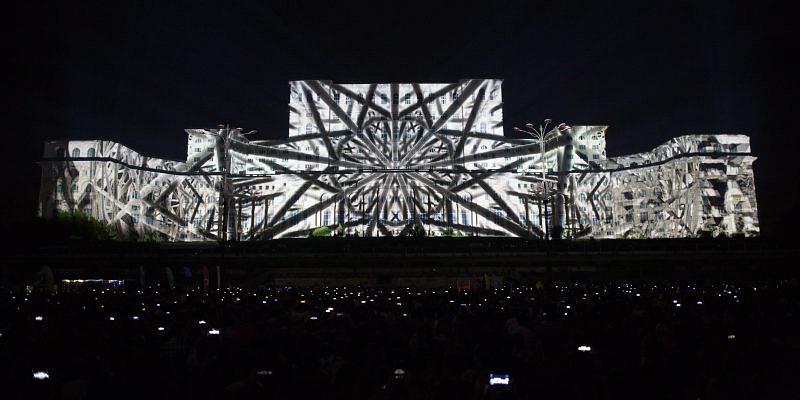 The video mapping contest iMapp Bucharest, which lights up the famous Palace of the Parliament every year, will become an international video mapping competition starting this year.

“Throughout the five editions, the festival brought together audiences of over 300,000 spectators and became a reference event for international audiovisual industry specialists. Starting this year, iMapp Bucharest becomes the International Video Mapping Competition - Winners League, inviting some of the best video mapping artists in the world to the Romanian capital,” the Bucharest City Hall announced in a press release quoted by local Agerpres.

The sixth edition of the event will take place in September, and will bring to Bucharest the winners of the latest editions of the international competitions Borealis (USA), Genius Loci Weimar (Germany), Kyiv Light Festival (Ukraine), 1minute projection mapping competition (Japan), as well as the winners of Zsolnay Light Festival (Hungary) and Luz y Vanguardias (Spain), which will be announced soon, the City Hall also said. The six teams will be joined by the winners of the iMapp Bucharest 2018 Jury Prize and Public Prize.

“With its 6th edition, iMapp Bucharest becomes a link of the video mapping scene around the world, creating together with the six partner festivals a community of those who have transformed video mapping into a form of emerging visual art,” the Bucharest City Hall said.

The eight works of the participants will be analyzed in the evening of the event by a specialized jury made up of representatives of the six partner festivals. At the end of the evening, they will decide the winner of the Jury Prize while the spectators will be able to vote their favorite by text message.

Throughout the five editions, iMapp Bucharest enjoyed the participation of artists from countries around the world, such as Canada, Spain, China, Mexico, Austria, Portugal, Ukraine, Japan, Turkey, Germany, Russia, France, the Czech Republic, and Romania.